With a radiant smile and an unassuming demeanor, actress Lupita Nyong’o has walked into Hollywood's limelight and taken the film industry by storm.

The Mexican-born, Kenyan star’s breakout performance as Patsey in Steve McQueen’s highly-praised “12 Years A Slave” brought about a wave of nominations -- and headlines -- this awards season. While her quick rise to fame has been on everyone’s lips lately, not many know that Nyong’o shares a deep connection to her native Mexico, as she explained in Spanish during a recent interview with CNN en Español.

“I was born in Mexico because my father was teaching at a school in Mexico City,” the 30 year-old actress explained. “I was born during the third year he was there. And when I was 16, I returned to Mexico to learn Spanish. I lived in Taxco, Guerrero and attended the UNAM, the Education Center for Foreigners. [I] lived there for seven months and I loved it. ”

Nyong’o, who answered all of the interviewers questions in Spanish, also spoke about what it was like to move from Kenya to Mexico as a teen and why she fell in love with the country.

“Mexico was very strange to me, coming from Kenya, but I found such friendly people and fell in love with the food,” the Oscar-nominated actress told CNN en Español. “To this day, I love eating steak tacos before going to the red carpets.”

The actress, it seems, will soon be enjoying some tacos before she walks down the red carpet for the 86th Academy Awards in March. Nyong’o is a nominee in the Best Actress in a Supporting Role category -- an honor she shares with Jennifer Lawrence (“American Hustle”), Julia Roberts (“August: Osage County”), Sally Hawkins (“Blue Jasmine”) and June Squibb (“Nebraska”).

“I still have a lot of friends [in Mexico] and I hope to return soon. I miss Mexico,” the star added. 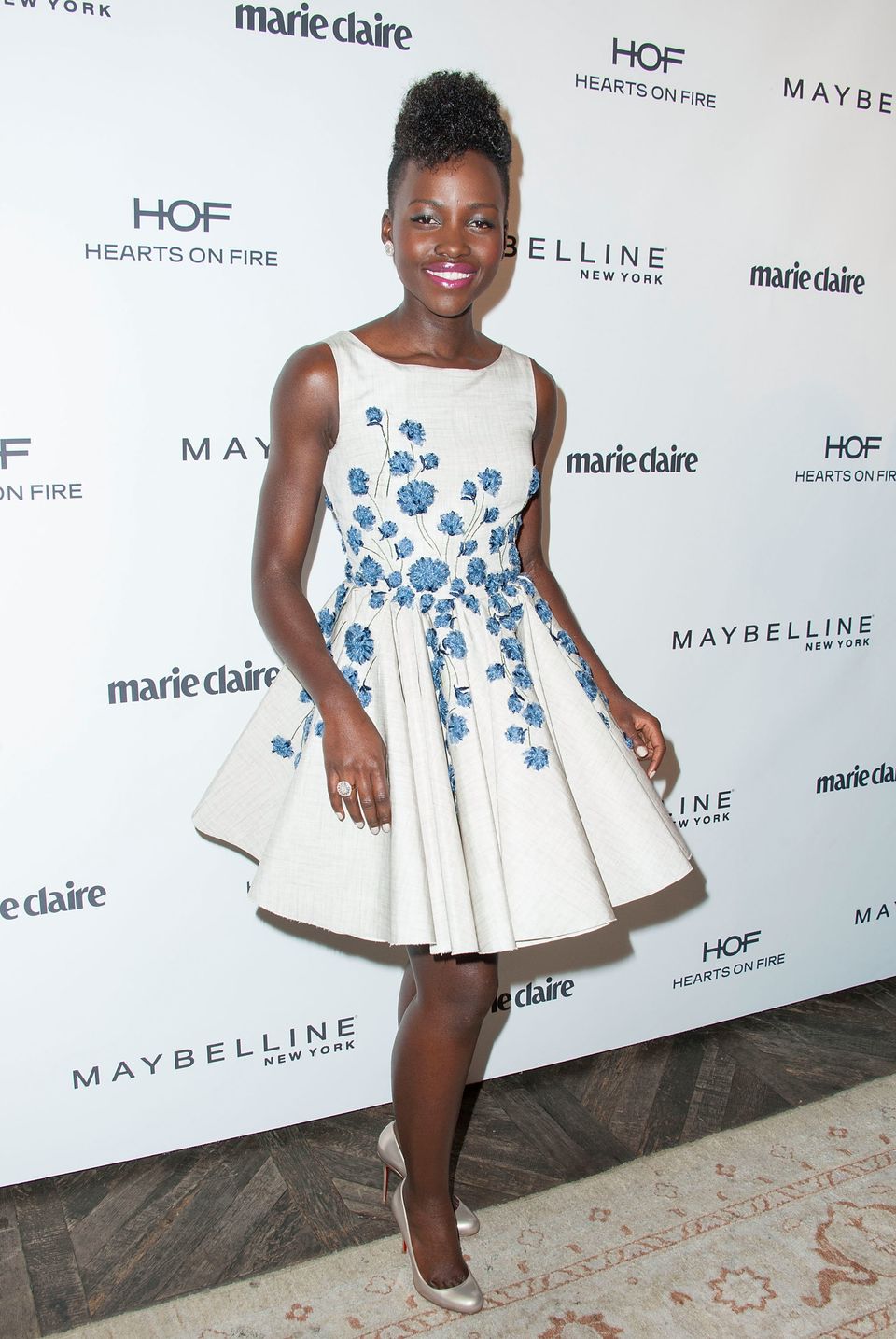