Lupita Nyong'o has truly arrived. Fresh off her Academy Award win for Best Supporting Actress, the "12 Years a Slave" star is now part of the "Star Wars" rumor mill. Late Friday, The Hollywood Reporter's Borys Kit revealed that Nyong'o had met with director J.J. Abrams about potentially playing an offspring of Obi-Wan Kenobi in "Episode VII." HuffPost Entertainment contacted representatives for Nyong'o to see if they had comment on this story; this post will be updated if and when we receive an official response.

The news puts Nyong'o in league with a surfeit of actors and actresses who have been tied to "Episode VII" in some way. On Thursday, Variety reported that five actors -- Jesse Plemons, Ed Speleers, John Boyega, Matthew James Thomas and Ray Fisher -- were on Abrams' list to play the male lead in the new "Star Wars" film. Previously, "Girls" star Adam Driver was attached to the project as a potential villain in the mold of Darth Vader. Other stars who were rumored for parts at one time or another include Benedict Cumberbatch, Gary Oldman, Michael Fassbender, Alex Pettyfer, Saoirse Ronan and Michael B. Jordan.

Nyong'o has yet to book a follow-up part to "12 Years a Slave," but she did appear in the Liam Neeson film "Non-Stop" in February in a small supporting role. For more on her other possible new jobs, head to THR.

"Star Wars: Episode VII" is due out in theaters on Dec. 18, 2015. It's expected that production will begin in the spring. 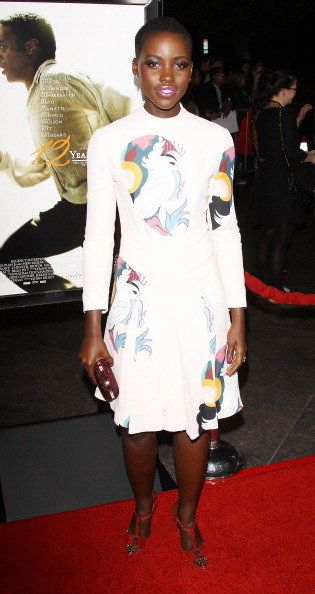