All eyes were on New York Mayor Michael Bloomberg as hurricane Sandy approached, but it was his sign language interpreter who stole the show.

Viewers went wild over Lydia Callis’ facial expressions and dramatic gesticulations during Bloomberg’s press conference Monday, turning her into an instant web sensation, complete with her own GIF-filled Tumblr.

“I love that lady,” wrote one commenter on the video of the presser uploaded to YouTube. “Stupid news is blocking her on TV so they can show footage of something. But this lady is amazing.”

Several outlets also reported her name as “Lydia Calas” -- which has an unverified Twitter feed associated with it -- but New York Magazine says she spells her name “Callis.” Whatever the spelling, her performance gave the public a pleasant moment during what might turn out to be among the most expensive natural disasters in U.S. history, with some estimates topping $20 billion. At least 33 people lost their lives during the storm, according to the Associated Press.

In the words of New York Magazine:

Unlike Bloomberg's own stilted Spanish, another highlight of the updates, Callis's signing is both lightning-fast and emotive, her animated face lighting up and contorting happily as she goes, not unlike a guitarist during a blistering solo.

If you haven’t seen her stylized interpretation yet, check out the video of the press conference below. Those looking for just a brief synopsis of the New York interpreter’s performance, TruTV has compiled and categorized her 12 best moves. 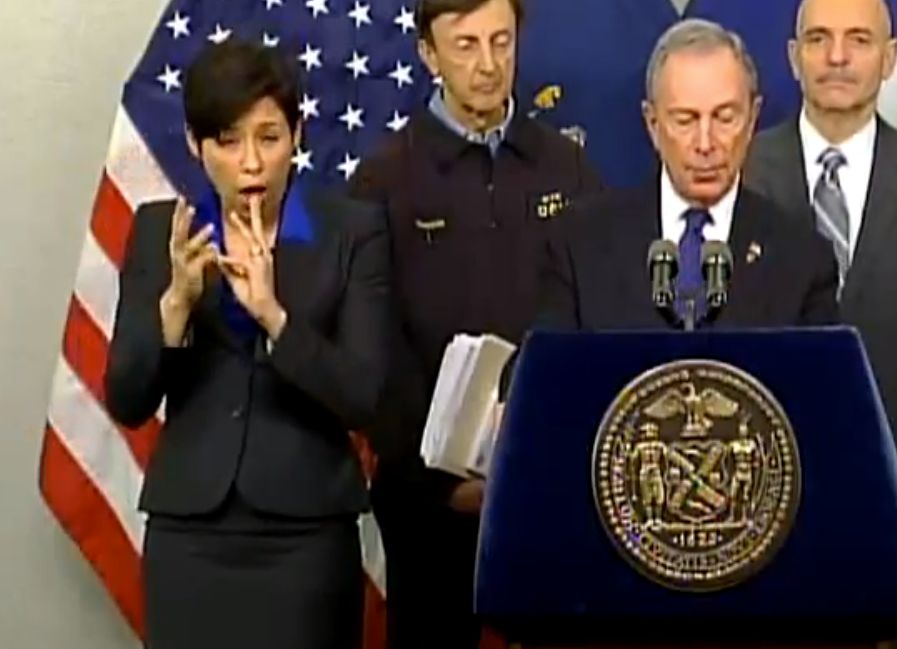