Lynn Shelton is proof that you don't have to appear on some variation of a "30 Under 30" list to be successful. "It was a long, circuitous route for me," says the Seattle-based filmmaker. "I always knew that I was an artist. I never expected to be able to make a living." After getting her undergraduate degree in acting and her graduate degree in photography, Shelton worked as a freelance editor and made experimental films on her own. She didn't make her first feature film, "We Go Way Back," until she was 39.

"All I knew about filmmaking was to make a feature film, it cost millions and millions of dollars -- and it certainly wouldn't be my millions of dollars. And it was just too intimidating for me," she explains. "I had been making films by myself for many years because (a) I didn't want to ask other people for help and (b) I'm a control freak. So it was a combination of not wanting to give up control but also being too scared to try to get other people to see my vision and believe in it and work alongside me. But once I tasted that, it was completely transformative."

Shelton, now 47, has since written and directed films like "Humpday" and "Your Sister's Sister" and directed episodes of "New Girl" and "Mad Men." Her latest movie, "Touchy Feely" -- about a massage therapist (Rosemarie DeWitt) who becomes averse to human touch and her uptight dentist brother (Josh Pais) who develops a healing power -- comes out on September 6, and she's already editing her next one. "I'm living a dream," she says. "I'm pinching myself daily."

Why do you do the work you do?
When I started working in film, I loved photography, I loved the image, I loved telling the story within a frame, but as I started playing around with film and video, it was like, "Oh my god." You just have so much more to play with. I [also] love having a captive audience. You can actually tell a story and just sort of overwhelm them with this image and sound. You can change people's ideas and get people talking. And then actually making it –- I started making films that probably would only be seen in small rooms or in art galleries. I was working alone. As soon as I got a taste of that collaborative experience, it was such a high. It's tremendously difficult and tremendously satisfying to work with other people. 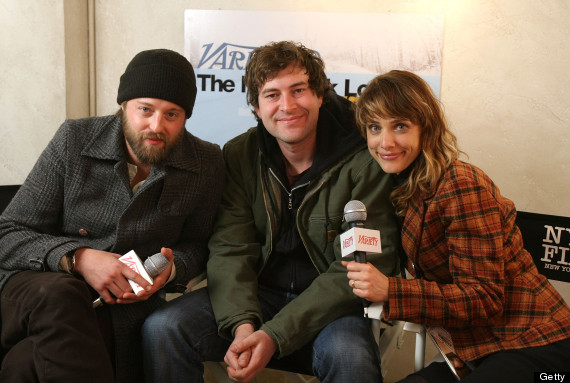 Is there anything you would have done differently at the start of your career? Paid attention to more? Worried about less?
My first feature is semi-autobiographical. It's inspired from my experience of being in my 20s and just feeling like I didn't have a voice. Before adolescence I had an incredible voice. Like when I was 12, 13, 14 -- I was taking acting classes, I was painting, I was making music, I was taking photographs. I was kind of exploding creatively, and then something about adolescence really just ground that out of me. By the time I hit college, my secret shame was the reason I was an actor was my own words sort of dried up. I stopped writing. I stopped being able to form my own vision. That's actually what my first feature is about -- looking back at two different selves.

There's an amazing organization in Seattle called Reel Grrls, and I just get chills whenever I go to a fundraiser or I read their newsletters or I go see their work. They are all about empowering adolescent girls to be able to deconstruct media that comes at them and tells them what they should look like and how they should feel about themselves and then empowers them with the technical skills to make media themselves. I often wonder if I'd been empowered with that kind of a program in my youth, would I have started making movies decades earlier?

For me, I'm perfectly satisfied with the way that everything worked out because I feel I really paid my dues. There's this real deliciousness to being able to do exactly what you want to do and were meant to do after years of just sort of journeying toward that end. And who knows where I'd be now if I started making films early? Maybe I wouldn't have had as much to say. But I do think about that. And it makes me so happy when I see women like Lena Dunham and Ry Russo Young starting out really young and feeling empowered to do that right from the get-go. 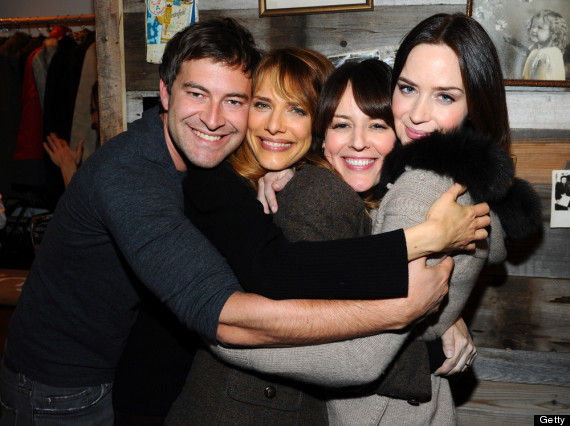 How would you define the word “success”?
I’d say, "Well, are they happy in their lives? Do they feel like they followed their bliss and they’re able to actually do what they were put on this planet to do?”

According to that definition, do you feel successful?
I do. I feel enormously successful. I feel very grateful about that sense of success.

Do you keep your phone next to your bed?
I don't actually! Which is remarkable because I am totally an iPhone addict. But I leave it upstairs and then I go downstairs, where my bedroom is. But I do have it with me when I travel. And it's a very different experience -- I wake up and just lay there in bed looking at my phone.

Do you ever turn it off?
Yeah, I do. My sleep has become pretty much my most precious commodity. I've realized that there's a huge difference between six and a half and seven hours of sleep. So I feel no compunction about putting my phone far, far away from me. 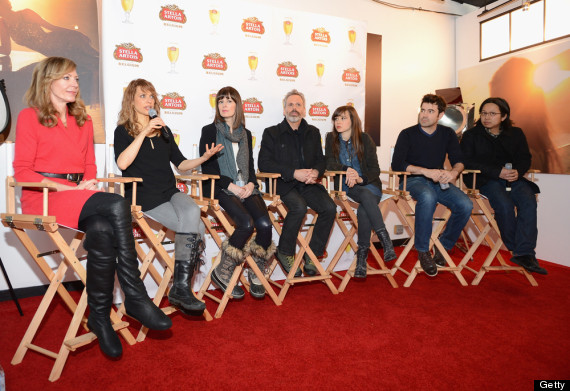 Shelton with the cast of "Touchy Feely"

Do you get enough exercise?
My lifestyle changes depending on what phase of production I'm in. Right now, I'm editing a film that I finished shooting a few weeks ago, and life is almost normal. I get a good night's sleep, and I wake up and I meditate. I've tried gyms and things -- I really hate them. And I can't run -- I have bad knees. So I have this little rebounder, this little trampoline. I just turn M.I.A. on and dance my butt off every morning. I noticed the mornings when I feel least like doing it are the mornings that I most need to. And I try to take at least one half-hour walk during the day. And in the edit room, I try to not just sit on the couch the whole time but stand up and pace around and I have another trampoline -- I'll sort of bounce on that. It's a lot harder when I'm working 13-, 15-hour days, but even then I try really hard to get up early enough so that I can at least bounce on the thing, you know, for five minutes.

You have one kid, right?
Yeah, he's 14 now. So when I started making movies, he was 6. It was sort of perfect timing for me. My husband and I were trying to get pregnant, and I will admit that I was ambivalent. Because at the time we just didn't have a lot of money. And then I got the opportunity to make my first feature, and I said, "OK, I'm gonna put this on hold." I was exhausted during my first pregnancy. Then as soon as I started making the film, it became really clear that every baby I had from now on was gonna be a movie. I was a really involved parent. We did attachment parenting. I mean, I nursed him till he was 3. We carried him around in a sling. It was very intense, and it was great. And I felt like if I wasn't able to do that with another kid, I would be cheating them somehow. I'm so admiring of women who have young kids and are able to also do what I do, but I'm really grateful that I didn't have to make that choice or try and do both at the same time. 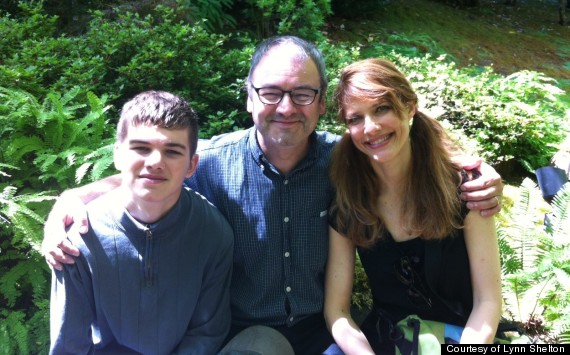 Have you ever had the experience where you're on a set and it's also the school play and you have to figure out a way to balance it?
Oh, yeah. My kid had gone to the same school from preschool to eight grade. He’s hearing-impaired. And I told my producers months ago, “This day is sacred. I have to be at this eight-grade graduation.” So we organized the whole shoot around having Friday night free. I’ve definitely missed stuff. There were things that impeded my ability to be at a school orientation, things like that. Now, after buying our house and putting me through grad school and really being the major breadwinner for the vast majority of our relationship, my husband and I have sort of switched off, and he’s become the full-time parent and I’m the breadwinner. I’m so grateful to have a partner who’s totally comfortable with that and actually enjoys that role and does a great job at it.

Tell me about the distribution of labor in your household. Who does the cooking, the bill paying, the laundry…?
Well, we still divide up a lot of the domestic stuff. He spearheads everything surrounding the kid. We seem to have divided up the bills somehow. Balancing the work-life thing is definitely something that took a few years to figure out. After this last shoot, we finally organized a family vacation. We all went away for a week, and it was the first time in years that we hadn’t just sort of tacked something on to a film festival or something. I felt like we were recharging the family batteries. But again, I’m in a relatively calm period now. So, you know, having dinner together every night, and we sort of trade off who does the cooking. I chip in whenever I’m able. I just don’t want him to feel like he’s the only one.

What would you title your autobiography?
Let's see. I’m very proud of all the titles of my films, but it often takes me a long time to come up with just the right one. It would probably include something about laughter. That is kind of a core tenant of my nature -- I need to laugh, and I need to laugh a lot.

Is there a woman you know who is Making It Work? We’d love to include her in our series. Send your suggestions to women@huffingtonpost.com.

Filmmaker Lynn Shelton: 'There's This Real Deliciousness To Being Able To Do Exactly What You Want To Do'
"Touchy Feely" 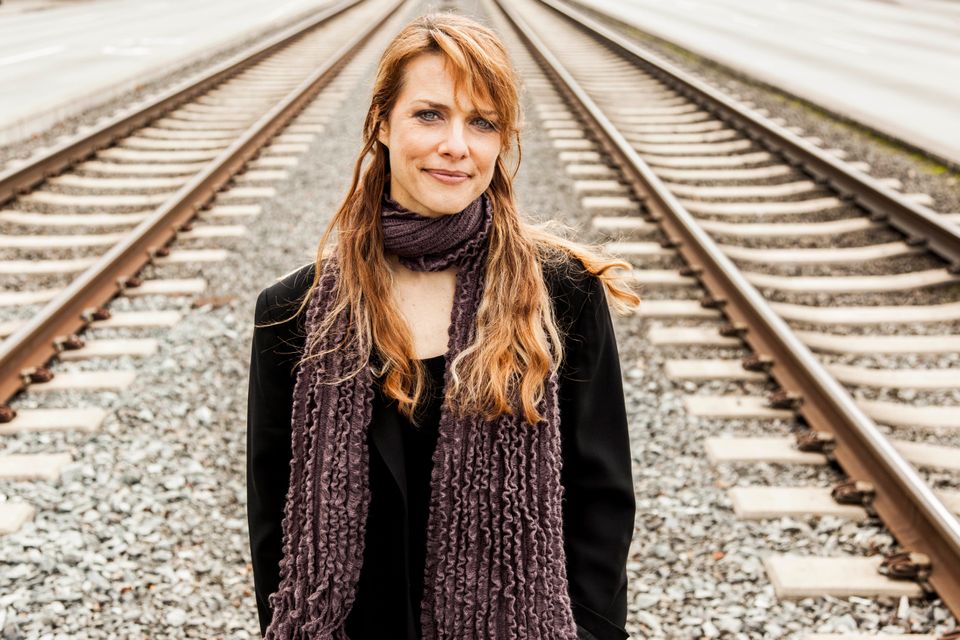