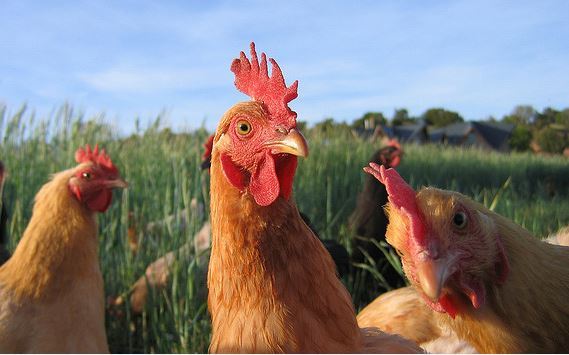 Massachusetts has a history of being a leader on many progressive issues, including animal protection. And right now there's ground-breaking statewide campaign that would put Massachusetts at the forefront of this humane movement that will send the strongest signal yet that Americans are ready for change in the way we treat our farm animals.

Simply put, the Prevention of Farm Cruelty Act, which can be found on the ballot as Question 3, is a state-level ballot-initiative campaign that would require eggs, veal, and pork products that are produced or sold in Massachusetts to come from animals who were given enough space to stand up, turn around, and extend their limbs.

Sounds pretty basic, right? It actually is, but what makes this issue so alarming and urgent is that right now, standard factory farming practices typically deny birds, pigs, and calves these very basic freedoms of movement. Instead, farm animals are routinely crammed inside tiny cages or crates, where they're kept nearly immobilized for their entire lives.

As an example, did you know a typical egg-laying hen will spend up to two years crammed inside a wire cage where she's given floor space smaller than the size of an ipad? After two years, she'll be killed, never having once set foot on solid ground or breathed fresh air.

Massachusetts is already lagging behind 10 other states that have taken a stand against these kinds of abusive and archaic systems of confinement. In addition to the animals' suffering, factory farms are a leading cause of air and water pollution. Plus the filthy, overcrowded conditions often lead to animals being pumped with antibiotics, a dangerous practice that helps give rise to superbugs that put us all at risk.

Whether you're a first-time voter or a veteran of the ballot box, this election on November 8 offers the perfect opportunity to help make history.

This an opportunity to stand up to protect animals; to protect our planet for future generations; and to protect public health and all of humanity -- simply by voting YES on Question 3.

Executive Director of Compassion Over Killing