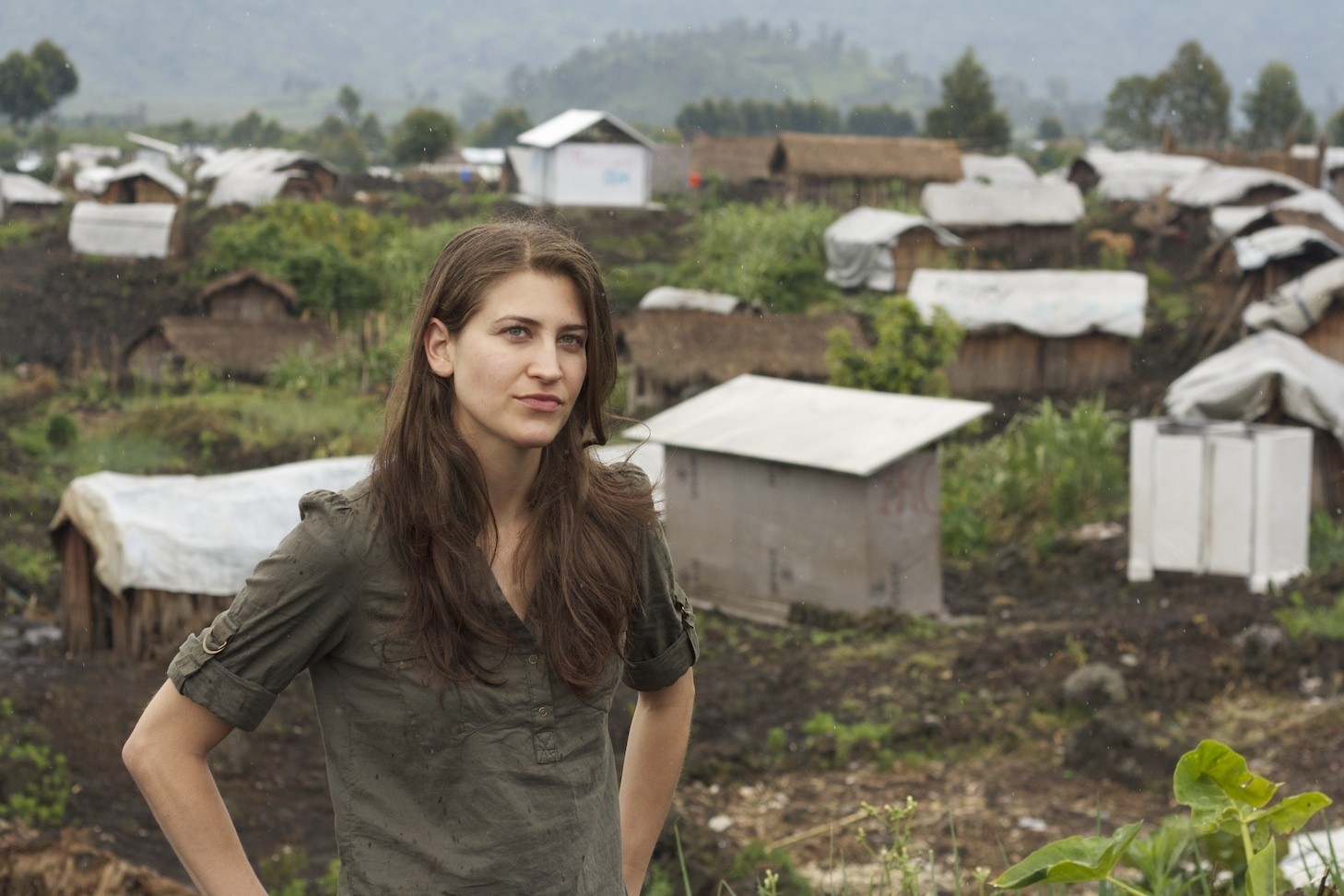 Not to peg myself as a total fanboy, but Mac McClelland is one of my journalism idols. Formerly the human-rights reporter for Mother Jones magazine and now a freelancer, McClelland has covered disaster and deprivation across the country and the world, from Thailand and the Democratic Republic of the Congo to Bhutan and Burma.

This is the fifth and final installment in our series on mental health in the newsroom. Here are the first, second, third and fourth installments.

Not to peg myself as a total fanboy, but Mac McClelland is one of my journalism idols. Formerly the human-rights reporter for Mother Jones magazine and now a freelancer, McClelland has covered disaster and deprivation across the country and the world, from Thailand and the Democratic Republic of the Congo to Bhutan and Burma.

Among her many accolades, she has twice been nominated for the National Magazine Award for feature writing, the highest honor in the magazine world. She’s a beautiful, daring and candid writer. In the words of New York magazine’s Ann Friedman, “Mac is a total bad-ass.”

McClelland is also an outspoken survivor of PTSD, which she began to experience while on assignment covering the earthquake in Haiti. Earlier this year, she published Irritable Hearts: A PTSD Love Story, a memoir of her struggle with the illness. For the final installment of our series on mental health in the newsroom, The Huffington Post sat to talk with McClelland about her battle with PTSD and the ways the profession needs to change to support the difficult work journalists do.

The profession could really be a trailblazer on the issue. We could say, “Listen, we're going to talk about this in our own profession. We're going to have conversations about it. We're going to act like it really exists. We're not going to pretend like we're all super tough, reporting robots who don't have any feelings.” That is a thing that journalism as a profession could do and if it did, I think you could have a big impact on the way that the rest of the culture deals with PTSD. How much do you think the culture of journalism is responsible for the silence surrounding PTSD? It's completely a cultural issue. If I went on a really tough assignment and I came back and I told my colleagues it was really intense and I was drinking and doing coke the whole time, everyone would be like, “Yeah, sure.” You know? That would be a completely fine cocktail party conversation and people would probably think I was cool and nobody would be worried about me. But if I came home and I was like, “Oh, my God, I could not stop crying” or “I'm having nightmares” or even if I just said, “I was really terrified and upset all the time,” people would think, “This is awkward. I don't want to talk about this. Like, what's the matter with that girl? She's sort of ruining it, this sort of fantasy that we have about glamour and reporting and invincibility.” You’re expected to be invincible. I was actually at a cocktail party one time where a war reporter said to me and three other people, “Like, PTSD. I've never had any of that shit.” If any of the other reporters who were standing in the circle had ever had any sort of emotional issues with the fact that they'd been in war zones, that would have been so invalidating for them. But it’s not just journalists. Our whole culture supports -- and our entire entertainment industry -- totally supports invincibility, emotional invincibility, and toughness, and invulnerability, and all that sort of thing. And when you're a girl, I mean, there's more pressure because you don't want people to think that you're hysterical. Was writing about your experience with PTSD cathartic or healing in any way? I don't know that it was healing, to be honest. And the actual writing process, when I wrote the book, it was very difficult and it was really upsetting and I cried a lot, although, you know, by that time, I was used to that sort of symptomatology. I wouldn't say that writing was the most traumatizing but it was very, very hard and because of our macho culture, I had so many moments where I thought, “I can't believe I'm going to admit this. Like, I can't take it back. Now people will think that I'm damaged and that I'm fragile and incapable of doing my work or unstable or who knows what.” Something that gets talked about in the literature on journalism and PTSD is the fact that journalists get to “make meaning” out of the trauma they experience. It serves, and you serve, a purpose. Does journalism make you feel like you've contributed to something? It actually really does for me. And I think it's kind of nerdy and kind of cheesy to admit that I think that journalism really gives voice to a lot of people who wouldn't have it otherwise and exposes important things. I really believe that. Even though I realize that journalism is not necessarily going to save the universe, I think that it's a super important profession and I'm really honored to participate in it. So even when I was still in treatment, I was still working. And I was still working on some pretty intense stories, and I still work on some pretty intense stories and obviously I make sure to take care of myself while I'm doing that, but I do think it's important enough to take the risk of exposing yourself to possible psychic injuries, because I still do it. Do you have any advice, sort of self-care advice, for people who are about to take on what would probably be a difficult assignment? I consider myself a queen of self-care at this point. When I talk to young journalists and they ask me for advice, I tell them, “Take care of yourself, and I'm giving you that advice because nobody else will. Everyone else will give you some sort of professional advice. But I'm going to tell you: take a lot of baths if that's what you need to do, or get a lot of sleep, you know, don't be afraid to decompress.” And I think sometimes they're just like, “What is this you're talking about?” But you do need to take care of yourself in order to do your job and then reintegrate into your normal life. You can actually not take care of yourself at all and just power through. But are you a pleasant person to date, or a pleasant person to be friends with? No, you're not when you behave like that. Self-care is important for integrating your life and your work and having some sort of balance. My self-care policy is definitely “no shame.” When you’re on assignment, there’s pressure. You think, “You’re on assignment, you're out of town, somebody is paying for you to be here and staying in this hotel or wherever you are.” You feel like every second you should be achieving, and getting more information, and going after things. But if I can feel that I'm a little bit burned out and I want to watch Netflix for two hours, I will do it. And I will not feel bad about it. And I will not judge myself, or shame myself, or think that I am weak or a loser.

People need breaks. Period. Even journalists, and even journalists on assignment. When you're not in your own town and you're negotiating a new city, a different language, a driver, fixers, translators, sources, unfamiliar geography -- you have to be aware of your surroundings and of possible threats, in addition to doing your job and getting good information. Of course you have to take breaks. Of course. If you want to watch Netflix, or take a bath, you should do it.