It was her first attempt at skydiving, and it was almost her last.

Mackenzie Wethington, of Joshua, Texas, was celebrating her 16th birthday by taking a skydiving trip to Oklahoma. She jumped just after her father, but her primary parachute didn't open, her sister Meagan told FOX-DFW.

Miraculously, she survived a 3,500-foot plummet to the ground, coming away with broken bones and internal injuries. 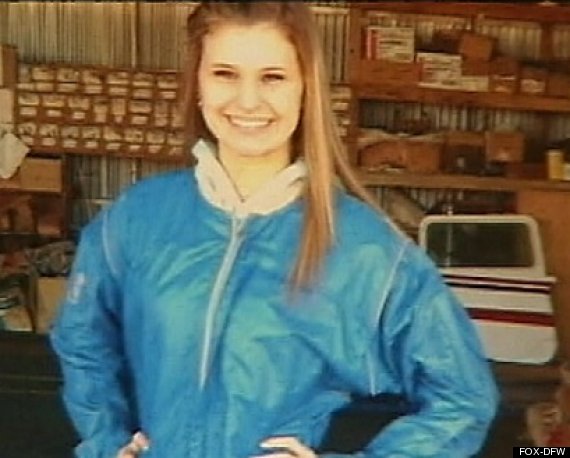 Meagan said another man was supposed to follow them, but he was too afraid, so the instructor never jumped with Mackenzie and her father, Joe. He landed safely, but could only watch as his daughter spiraled out of control with her secondary parachute open.

The guy with the radio on the ground is trying to talk her out of what's going on and telling her what to do and she can’t do it," Joe Wethington told CNN. "She's going too fast and in different directions she can’t reach up and grab it anyway and then when she goes into the spiral he keeps telling her to cut away to release the shoot and to pull the reserve."

Mackenzie's family says she broke vertebrae and bones in her back, but that she's a "miracle child." She was in and out of consciousness in the hospital, but doctors say she's recovering.

Meagen said her dad and sister sat through six hours of training before the jump.

When a skydive goes wrong, your chances of survival are slim. But others have survived harrowing falls, too. Late last year, Victor Bryie survived a 9,000-foot fall in Florida, after his parachute lines tangled with another skydiver's. The skydiving instructor suffered broken bones and a head injury.