While Florenz Ziegfeld, Jr. built the Ziegfeld Follies on the concept of glorifying the American girl, songs written about masculine appeal have a distinctly different air to them. After her success as Julie LaVerne in the 1927 world premiere of Show Boat, Helen Morgan recreated her characterization of the the mixed-race woman in the 1936 film adaptation. Here she is singing one of Jerome Kern's great hits ("Bill") with lyrics by P.G. Wodehouse.

In 1943, One Touch of Venus opened on Broadway with music by Kurt Weill and lyrics by Ogden Nash. In the following clip, Mary Martin can be heard singing one of the show's hit songs, "That's Him."

Written by Cole Porter for a 1932 musical revue entitled Words and Music, the song "Mad About The Boy" has had a strange history. Initially written to be sung by a woman who suffered from an unrequited love for a male film star, Porter's lyrics had a double meaning,

Although the famous songwriter supposedly wrote a second set of lyrics (to be sung by a man describing his unrequited love for another man), to my knowledge those lyrics were never performed during Porter's lifetime. In 1992, "Mad About The Boy" achieved a new level of popularity when it was used for a commercial for Levi's 501 jeans.

That ad got a whole lot more recognition than Yul Brynner's appearance (in drag) singing "Mad About the Boy" to Roman Polanski aboard a luxury liner in the 1969 film, The Magic Christian.

While today's popular superhero action films do their best to encourage the idolization of muscular men with superpowers, one doesn't encounter too many heroes who are actively feted for their cerebral strength. Curiously, two documentaries screened during San Francisco film festivals this year celebrated men who have been lionized for their brains rather than their brawn.

The 2014 San Francisco Jewish Film Festival charmed audiences with Barry Avrich's delightful new documentary, Quality Balls: The David Steinberg Story, as part of its summer program. Born in Winnipeg, Steinberg rose to comedy heights via his time at Chicago's Second City and his close friendship with Johnny Carson (next to Bob Hope, Steinberg had more appearances on The Tonight Show Starring Johnny Carson than any other guest).

Over the course of his many years doing stand-up comedy and television appearances, David Steinberg has worked with some of the greatest comedians of his time. In the following skit, he takes on the legendary Milton Berle.

Despite his laid-back and extremely amiable personality, Steinberg was not free from controversy. Having attended Yeshiva in Chicago (Steinberg's father was a Roumanian rabbi), he was well versed in the Old Testament. The young comic scored a breakthrough at Second City with his mock religious sermons.

Steinberg's sermons became so controversial that, in October 1968, the first one he delivered on The Smothers Brothers Comedy Hour generated more hate mail for CBS than any other network had ever received. His second sermon resulted in the show's cancellation by the network.

In addition to his success as a stand-up comic who excelled in improvisational sketches, Steinberg found a second calling as a director for sitcoms. His lengthy credits (which include episodes of Seinfeld, Mad About You, Designing Women, Friends, and Curb Your Enthusiasm) do not in any way diminish his genial personality. Once, after directing an episode of The Golden Girls, he sat down for a drink with Bea Arthur, who asked him why so many people start to hate her after they'd worked with her for a while. "It saves time," Steinberg replied.

While Quality Balls: The David Steinberg Story is filled with clips of Stein impishly delivering great bits of comedy, it's also an affectionate portrait of a young boy who grew up to become a real mensch. Steinberg still seems in awe of what it was like to have had lunch on a weekly basis with Groucho Marx, Jack Benny, and other comedy legends. As Avrich's documentary proves, Steinberg has the potential for a grand new career as a touring raconteur. He is, after all, a master storyteller. Here's the trailer:

While David Steinberg had the luxury of celebrating his 72nd birthday this summer, Aaron Swartz will never celebrate a similar milestone. The computer hacker who helped develop the RSS standard when he was 14 years old hung himself on January 11, 2013, cutting short a life of immense promise that had been destroyed by bureaucratic zeal.

Before sitting down to watch Brian Knappenberger's dogged and devoted documentary entitled The Internet's Own Boy: the Story of Aaron Swartz, I would strongly urge readers to thoroughly digest Selina MacLaren's devastating piece that was published on Salon.com entitled The Supreme Court's Baffling Tech Illiteracy is Becoming a Problem. 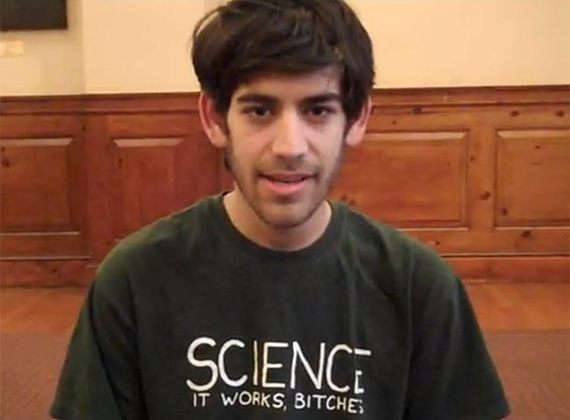 Swartz's real troubles began when he downloaded a huge volume of articles from the academic database JSTOR via MIT's network. In the long run, Swartz's high principles and political idealism ran up against a tenacious criminal prosecutor who would not drop his case (even after MIT indicated it did not wish to pursue a lawsuit). In his director's statement, Knappenberger writes:

"Aaron's story reached far beyond the Internet communities in which he was a celebrity. It also struck a chord with people who were outraged about government overreach, both technological and in our criminal justice system. Criminalization has become our knee-jerk response to pretty much anything that scares us or that we don't understand. This is true for everything from the War on Drugs to terrorism, but even includes areas like open access to information. The surveillance overreach revealed by the [Edward] Snowden revelations has made it clear that we can't separate our massively networked lives from more traditional notions of civil liberties. The Internet isn't separate from us, some distant realm of geeks and hackers. It is the key component to the way we live. This changes how we need to operate in the world; investigative journalists, for instance, now shouldn't do their jobs without understanding some form of encryption, it's irresponsible.

This is the moment when we need to make sure our values and civil liberties are stitched into the code of our networked world. Geeks and hackers already knew this but, thanks to Edward Snowden and people like Aaron Swartz, now everyone is beginning to realize it. Without basic civil liberties and freedom of speech, all the other causes you feel strongly about can't get solved. Aaron's story embodies all of this and more. But his actions while he was alive also demonstrated the potential of technological tools to transform our lives and democracy for the better. His loss shows us what we lose when we are tone deaf about technology and its relationship to our civil liberties. But it also shows us how we can do better." 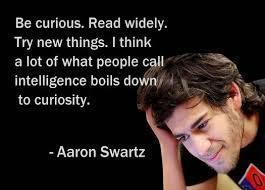 Many in the world of information technology stood in awe of Swartz's skills while others (particularly in law enforcement) could not see past the mechanics of Aaron's actions to understand the breadth and depth of what he was trying to achieve. In many ways, Knappenberger's documentary provides the backstory and ethical defense for the boy genius who was taken down by the establishment.

One need not be a hacker to understand what the world lost when Swartz committed suicide. Six months after his death, Edward Snowden's revelations about the ways in which the National Security Agency had been spying on American citizens sparked the kind of international outrage that might have helped keep Aaron Swartz alive. 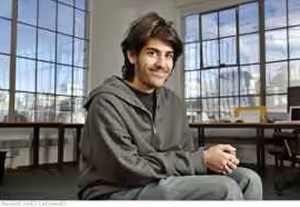 On December 5, 1791, when Wolfgang Amadeus Mozart died at the age of 35, the world lost an unmistakable genius. When Aaron Swartz took his own life at the age of 26, the increasingly interconnected worlds of politics and personal computing lost a giant of the past, present, and future.

On August 3, 2013, Swartz was posthumously made a member of the Internet Hall of Fame. One would have to be a fool not to understand why some people wanted to ensure that Swartz never again had access to a computer. Here's the trailer: