"Of all the arts, for us the cinema is the most important," Lenin told his culture commissar in 1919. In wholehearted agreement with this diktat was Kim Jong-il, for 14 years the supreme leader of North Korea, whose death at the age of 69 or 70 has deprived the world of a self-vaunted cineaste who fervently believed in the use of movies for Communist propaganda. 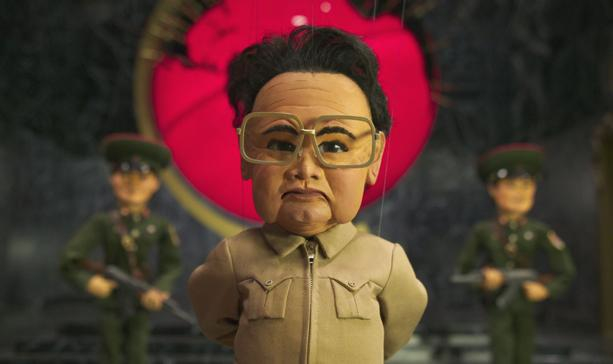 
Kim himself was less likely to watch films made by the Soviet masters Eisenstein, Vertov, and Pudovkin, however, than those starring his favorite actors, Elizabeth Taylor and Sean Connery. His collection of VHS cassettes and DVDs, said to contain between 15,000 and 30,000 films, supposedly contained all of Taylor's pictures and all the James Bonds. He also admired "Friday the 13th," "Rambo," classics by Japanese masters, Hong Kong action films, Westerns, even Britain's Ealing comedies with their accent on proletarian cooperation.

Not content to be a spectator, Kim set forth his theories on film in a number of treatises, including the book "On the Art of the Cinema" (1973), written when he was the culture minister, and the essay "The Cinema and Directing" (1987). His authoritative-sounding pronouncements show a genius for socialist platitudes. For example:

"The cinema occupies an important place in the overall development of art and literature. As such it is a powerful ideological weapon for the revolution and construction."

He offered the kind of guidance that no aspiring director would want to be without: "In film directing, the basic factor is to work well with the artists, technicians, and production and supply personnel who are directly involved in film-making."

And he was given to outlandish comments about the status of North Korean film: "Our film art has created an unprecedented sensation in the world's filmdom."

In fact, the West knows little about North Korean cinema. Claims that the country produces 60-80 movies a year are grossly exaggerated. In contrast, South Korean cinema has flourished in the last decade with the emergence of such acclaimed auteurs as Hong Sang-soo, Lee Chang-dong, Kim Ki-duk, Park Chan-wook, and Kim Jee-woon.

Václav Havel, the dissident dramatist and former Czech president who died yesterday, directed a movie, made several screen appearances, and saw many of his plays adapted for the cinema. Kim didn't direct films but produced a couple of propagandist historical epics and intervened in production by having a prolific South Korean director-producer, Shin Sang-ok, and his ex-wife, the actress Choe Eun-hee, kidnapped. In 1978, Shin was abducted during a trip to Hong Kong, reportedly chloroformed and bound, and brought to North Korea where for a few years he was held in prison and fed on grass, salt, and rice.

He later recorded in his autobiography Kim's complaint that, "The North's filmmakers are just doing perfunctory work. They don't have any new ideas. Their works have the same expressions, redundancies, the same old plots. All our movies are filled with sobbing and crying. I didn't order them to portray that kind of thing."

Eventually, Shin and Choe were forced to remarry and set to work on improving North Korean cinema for the regime. They completed seven films, the best known being "Pulgasari." It's about a rice doll made by a prisoner, which, coming into contact with blood, grows into a Godzilla-like metal-eating monster (played by the Japanese Godzilla stunt actor Kenpachiro Satsuma); it is believed to be an allegory for the evils of rampant capitalism and the power of collectivism (as represented by peasants).

In 1986, Shin and Choe escaped to the West on a trip to Vienna to arrange film distribution. Although Shin had been under house arrest during his residence in Pyongyang, the North Korean capital, he had been handsomely compensated and was always granted access to Kim. "He listened to me because we were from South Korea," Shin told The Guardian in 2003. "Even though we criticized some things, he wanted us to be honest. Others would have been killed for speaking so honestly." Shin died at the age of 79 in 2006; Choe, who is 85, retired in 1985 having made 81 films.

Kim naturally took grave exception to Western films that depicted North Korea in a less than flattering light. He objected, for instance, to Bond's torture by North Korean soldiers in "Die Another Day" (2002), describing it as "insulting to the Korean nation." He was unimpressed, too, by Trey Parker and Matt Stone's "Team America: World Police" (2004), in which he is portrayed as a marionette who supplies weapons of mass destruction to terrorists and turns into a cockroach. He never spoke publicly about the film but, via the Korean embassy in Prague, tried to have it banned by the Czech Republic, which refused to cooperate. Former president Havel no doubt concurred with the government's decision.

More of Today's News from ARTINFO:
A Look Back at 2011, the Year of Art and Protest