This is the gum leaf skeletoniser caterpillar. From the neck down, it looks like any other hairy caterpillar. But when you get a look at that head, or should we say heads, it looks a little strange.

The creature has affectionately been called the mad hatterpillar, a la "Alice in Wonderland," because for some unknown reason it stacks its old heads on top of itself in a weird, grotesque hat. 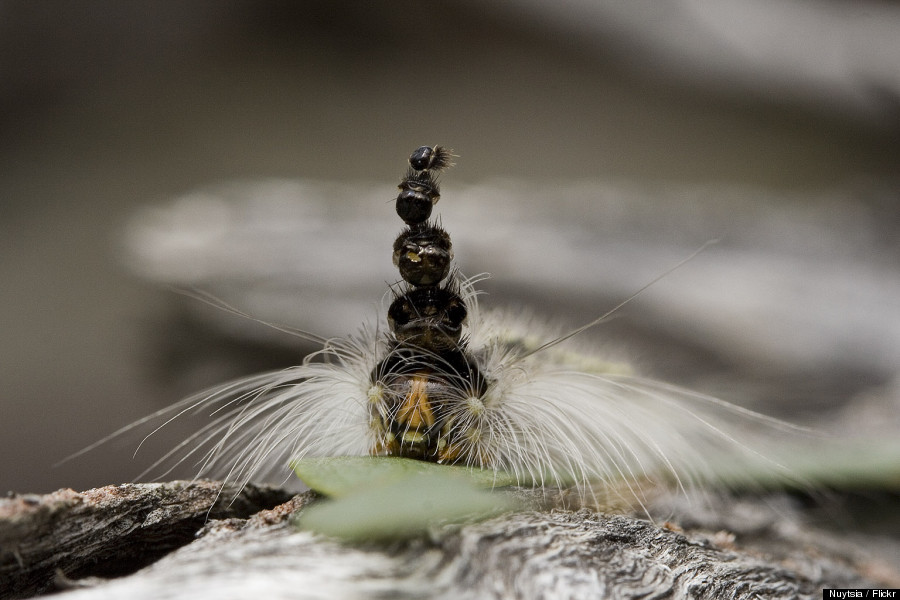 Why? An entomologist blogger tracked down an old research paper that said it's hard to know, but the heads could "attract the first one or two investigative pecks from a bird or lizard" rather than the caterpillar itself.

The photo was taken and uploaded to Flickr by user Nuytsia@Tas in 2009. The caterpillars are native to Australia and eat eucalyptus trees before turning into a pretty normal looking moth.

If you happen to find yourself on the continent and see one of these odd critters, DON'T touch it. Aside from its eerie collection, the caterpillar is covered with protective spines that sting, cause irritation and can leave itchy welts for days, according to the New Zealand government. How's that for a defense mechanism.

Mad Hatterpiller: Caterpillar Stacks Old Heads On Itself As A Terribly Strange Hat (PHOTO)
The World's Most Threatened Species