"The only blood I shed is my enemy's."

If that declaration from Imperator Furiosa isn't a ringing endorsement for tampons, we're not sure what is.

In two parody commercials featuring Furiosa from "Mad Max: Fury Road," actress and comedian Whitney Rice teamed up with writer and director Doug Hurley to give a glimpse into a world where the ass-kicking warrior has the perfect side gig.

"The inspiration for the video came after watching 'Mad Max' and thinking, 'Huh, I wonder what products will jump on the Mad Max bandwagon?'" Rice told Bustle. "'Probably feminine products -- oh, that would make a hilarious series of commercials.'"

Using movies to promote products is no novel idea. The "Iron Man" franchise maintains a relationship with LG Electronics, and advertisements for shaving products recently drew inspiration from "Pitch Perfect 2" to sell razors.

Rice takes the blurred lines between business and entertainment to the next level with her spot-on parodies.

In the first spot above, Furiosa (played by Rice) effortlessly takes down her foes while promoting the strength of a particular type of tampon.

The second commercial advertises CoverGirl mascara, a product that’s always there for her when Furiosa wants some long lashes -- and when she needs to touch up her fierce grease-smeared look.

Furiosa: a badass shero and our new favorite spokesperson.

CORRECTION: An earlier version of this story misstated the name of the film "Mad Max: Fury Road." 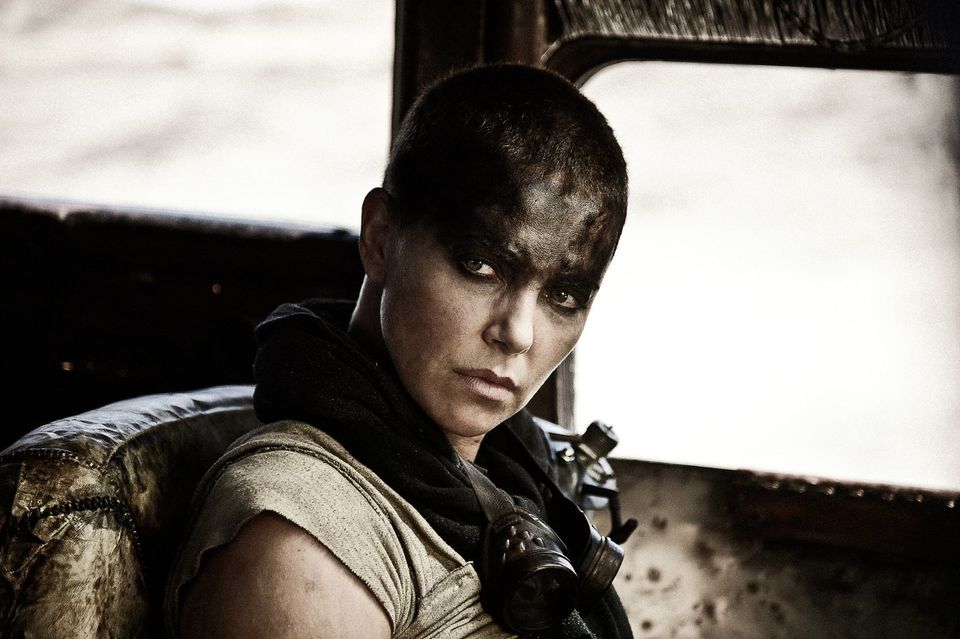