The final season of "Mad Men" premieres on Sunday, April 13. But before we welcome Don and his fellow SC&P employees back into our living rooms, we have some catching up to do. Here's where we left the complexly flawed inhabitants of Matthew Weiner's universe as well as what we can expect from Season 7:

Peggy is ripe for an effective takeover of SC&P ...
We left Peggy seated in Don's chair, poised to grab the power she's always been destined to have (and also literally wearing the pants). But beyond deserved career success, her rise to leadership included betrayal, gender inequality and the profoundly grotesque experience of stabbing her live-in boyfriend with an ax. As she rises to power, Peggy is not blind to the fact that the men around her -- as she explicitly notes in conversation with Ted -- actually get to make decisions. As Jesse Dorris wrote at Time, "Perhaps her inexorable rise is meant to be viewed primarily through the lens of her emotional vulnerability: the more power she attains, the less powerful she feels."

... and Don is stuck in one of Dante's circles of hell, but at least he finally decided to stop lying.
With the Hershey's pitch of "In Care Of," we saw the antithesis of the Carousel speech: a peeled back version of the man who erratically lies to and betrays everyone he loves, ready to finally tell the truth for once. But the talent that usually makes Don's crap bearable is not enough to save him when the partners line up to finally deal him some consequences. Although, despite the ramifications, his confession is not without relief. As Todd VanDerWerff at the A.V. Club put it, "'Mad Men' has frequently been about how everybody around Don Draper seems capable of change, even if he himself doesn’t." The Hershey's speech proved that he has gotten tired of himself or, at least, exhausted by the perpetual deception.

Joan landed that Avon account, by the way.
The ambiguity of "Mad Men" can be aggravating. Matthew Weiner assumes an absurd level of ubiquity on the audience's part -- a quirk of his show-running that can be especially annoying when it involves story lines we were emotionally invested in. After the finale, Weiner told Alan Sepinwall that not only did Joan land the Avon account, but he "assumed it would be understood." In any case, yay! She got the account -- and can now feel rightfully vindicated in an partnership accomplishment that extends beyond prostituting herself.

Pete has been sufficiently humbled ...
Tricked by Bob in Motor City and faced with the death of his overbearing mother, Pete finds himself in a surprisingly vulnerable state by the end of Season 6. Despite his patent stubbornness, he may finally be ready to produce the apology Trudy truly deserves. His character's aggressive petulance has been irreparably damaged by his discovery that Bob, like Don before him, can't be defeated by his resume "written in steam," as Duck put it. Perhaps young Campbell will need to devise a new strategy for how to succeed in business without really trying.

... Bob has officially transformed into Don ...
There were theories all season long. Was Bob a psychopathic murderer ... a government spy ... a time traveling Bobby Draper??? But by the penultimate episode, it was clear, he was Dick Whitman 2.0. As Matt Zoller Seitz wrote over at Vulture, the men seem like "twisted spiritual twins of each other. Don is the dark Bob. Bob is the light Don. Or maybe Don seems like the dark Bob but is really light, and Bob carries himself like the light Don but will ultimately be revealed as being darker than any of us imagined."

... And Sally is a rebel now.
If walking in on your father having sex isn't enough to scar you for life, then being alternately slapped and ignored by your mother over the course of your childhood will do the trick. In this season finale, Sally is suspended for drinking beer, while quite obviously working out the realization that her father has lied to her about practically everything. But when Betty picks her up and hands her a cigarette, Sally's puff is like a miniature, toxic coming of age ceremony. Her newfound independence, combined with the girl-on-girl bullying of Miss Porter's, should yield some rebellious antics in Season 7 (just cross your fingers those antics include Glen).

Ken and Stan just might be on the verge of standing up for themselves.
After literally getting shot in the face, Ken reaches peak frustration with the GM executives. Meanwhile, Don steals the Los Angeles opportunity from Stan "like a sandwich off his plate," as Stan phrased it. The two of them make for some seriously demotivated worker bees, perhaps unwilling to be continually manipulated by the reigning management in this last season.

Also, Bobby will continue being mostly irrelevant.
The ever-revolving door of child actors that is Bobby Draper is noticeably missing from the Season 7 poster. You are welcome to join us in imaging him happily singing "Father Abraham" off screen. 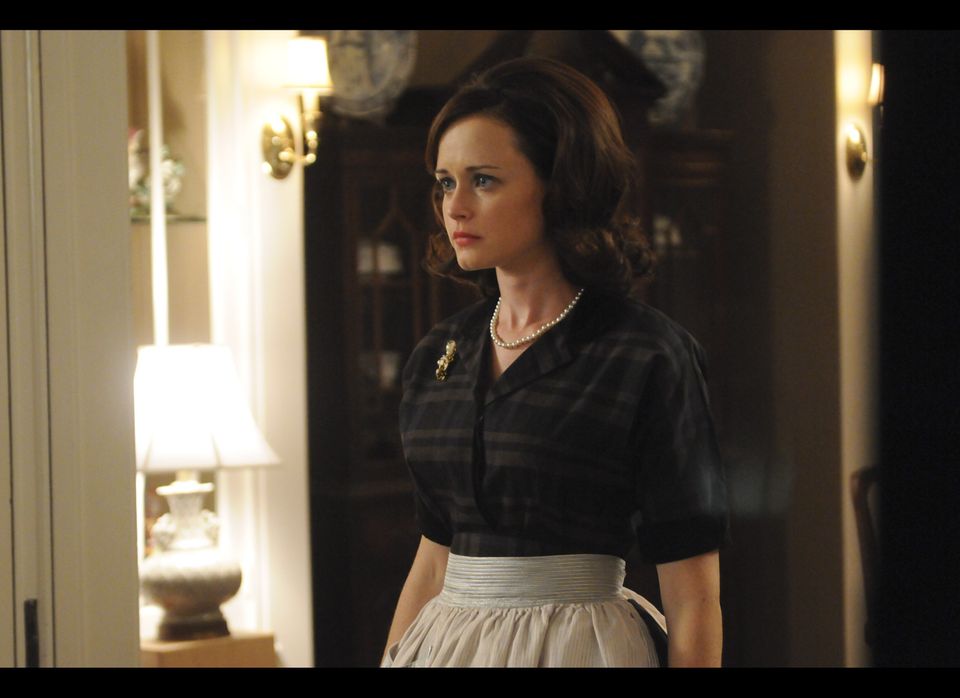