It's been a long time since the Season 4 finale of "Mad Men." When Season 5 premieres on Sunday night, the gap between episodes will have reached a staggering 525 days, thanks to a contract dispute between Lionsgate and AMC that delayed the start of production on the new season.

After such a long hiatus, it's understandable if you're having trouble recalling all the details about where exactly "Mad Men" left off last season. The media landscape is so much more cluttered than it was back the '60s, when executives sipped Scotch at meetings and a provocative ad campaign could capture the public's imagination. These days, it's tough to remember things that happened last week, much less a year and a half ago -- even on your favorite TV show.

To help refresh your "Mad Men" memory, HuffPost TV put together a slideshow that answers some of the big questions about what exactly happened last season. Consider it a Sterling Cooper Draper Pryce study guide ... now, get cracking! 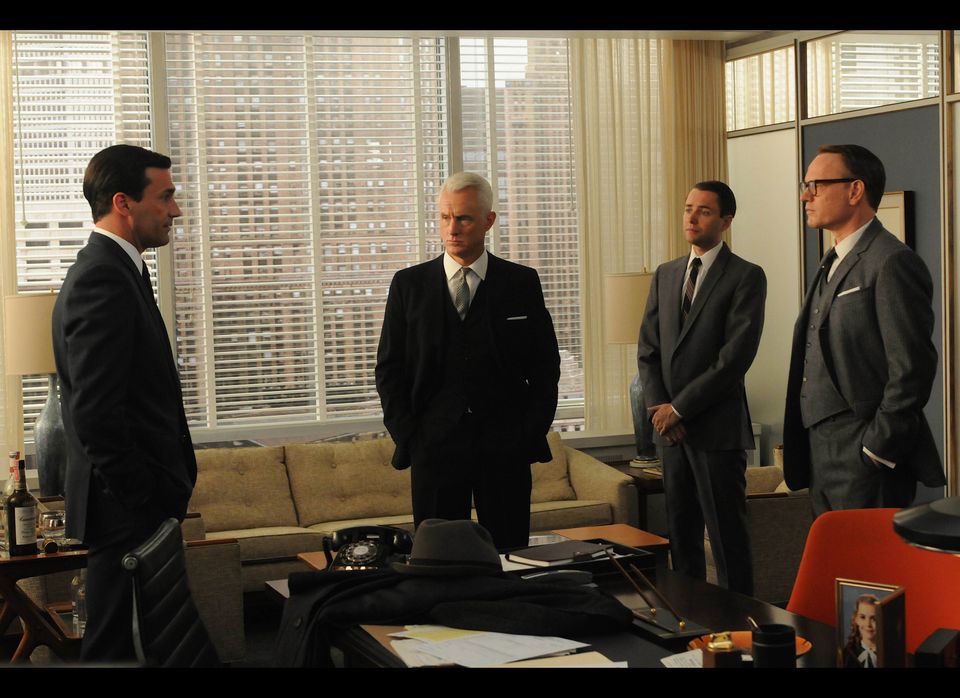 1 / 7
How is Sterling Cooper Draper Pryce doing financially?
When we last left them in Season 4, Sterling Cooper Draper Pryce was struggling to stave off bankruptcy. After Sterling lost the Lucky Strike account, the firm was forced to initiate layoffs and to take out an emergency line of credit to stay afloat. Don was able to put a shine on SCDP's image by penning an editorial titled "Why I'm Quitting Tabacco," but it didn't do much to help the firm's bottom line.
AMC