Season five of "Mad Men" will premiere in March, 2012, months after the usual start date of previous seasons. That seemingly drastic change, however, doesn't come close to the time shift series creator Matthew Weiner has in mind for the finale.

Weiner, the Emmy-winning brain behind the 60s-set New York advertising drama, recently sat down with Grantland.com to talk about both his personal journey and the one the show has taken from fledgling first season on AMC to cable powerhouse. Following intense negotiations with the network, Weiner agreed to create three more seasons of the Jon Hamm-starring hit, which would see a series finale come at the end of the seventh season. That last episode, he said, would provide more than just a retrospective on the show's history.

"I do know how the whole show ends," he told the site. "It came to me in the middle of last season. I always felt like it would be the experience of human life. And human life has a destination. It doesn't mean Don's gonna die. What I'm looking for, and how I hope to end the show, is like ... It's 2011. Don Draper would be 84 right now. I want to leave the show in a place where you have an idea of what it meant and how it's related to you."

To see Don Draper, still working and trying to sell digital ad space, based on laser-targeted focus group and audience segmentation, would truly be a sight to behold. Of course, one gets the feeling that Weiner is more interested in looking at how the Jon Hamm-portrayed character would have handled the coming decades and changes in his life, not technological changes in his industry.

But it's not just Don's arc that concerns Weiner; both the seventh season expiration date, as well as the setting he intends for it, are also opportunities for him to reflect on the job he did with the show, as well as go out on his own terms. Just like one certain little band out of Liverpool did over forty years ago.

"It's a very tall order, but I always talk about 'Abbey Road,'" he said, referring of course to the final album The Beatles recorded together (though "Let It Be" would be released after "Abbey Road"). What's the song at the end of Abbey Road? It's called 'The End.' There is a culmination of an experience of people working at their highest level."

Given that the series won its fourth straight Best Drama Emmy, Weiner certainly is on pace to end on top.

PHOTO GALLERY
Jon Hamm On The Set Of Mad Men(CLONED)
Download
Calling all HuffPost superfans!
Sign up for membership to become a founding member and help shape HuffPost's next chapter
Join HuffPost 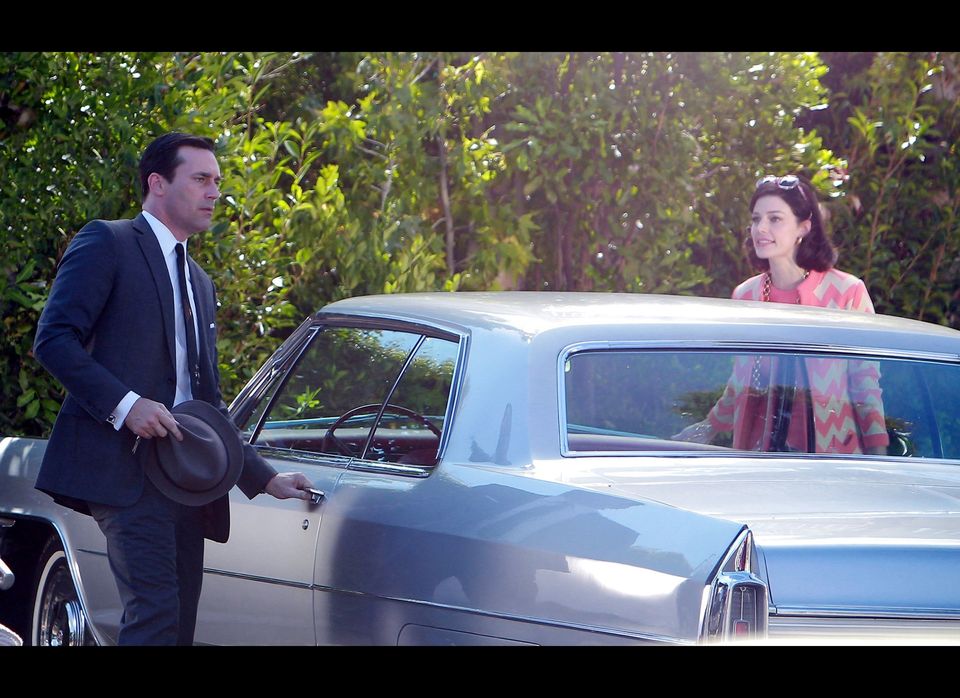