Washington's pre-election buzz is swirling with rumors about who might get what job in the new administration. Vice President Joe Biden is widely tipped to become the new Secretary of State if there's another Clinton presidency.

My favorite? Elizabeth McCord, Secretary of State played by Tea Leoni in the popular CBS Madam Secretary series. She asks the right questions about Washington's repressive friends in Bahrain. Last month in the Sea Change episode she asked why the dictatorship is a U.S. ally, wondering aloud why the U.S. Navy's Fifth Fleet is based there, saying the "location of the base is further evidence that we're stuck in old thinking. Why are we still in Bahrain at all? Why should the U.S. spend its blood and treasure in the Persian Gulf, aiding and defending states with atrocious human rights records, while countries like Tunisia--who actually share our values--go unaided?" 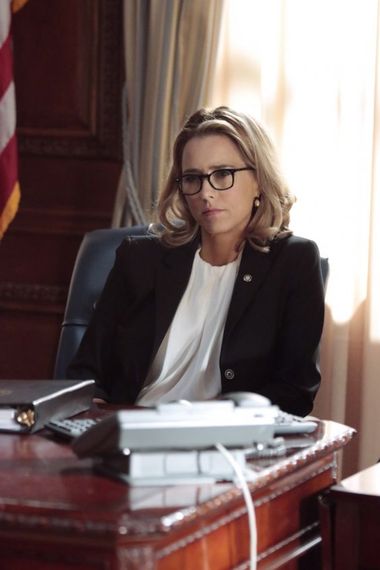 Good on ya, Dr. McCord. Sadly only a TV character, she said the sorts of things real-life Secretary Kerry ought to be proposing. Kerry's not short of a good lines on human rights rhetoric, including the staggering claim made during his January 2013 nomination hearing in the Senate when he declared, "People all over the world are looking to the United States for leadership. We are known as the indispensable nation for good reason. No nation has more opportunity to advance the cause of democracy and no nation is as committed to the cause of human rights as we are."

It's quite a statement, that no country is as committed to human rights as the United States. It was made without exceptions or conditions--Kerry didn't say "we're mostly committed but not in Bahrain or Egypt or Ethiopia or the other difficult places."

But Kerry's State Department has consistently failed when it comes to standing up to the repression of its allies. State Department officials' fingers are sore from hand-wringing about the jailing of dissidents in Bahrain but that's not helping much, and U.S. strategy on Bahrain is the Samsung Galaxy Note 7 of the foreign policy world--shockingly dangerous and in drastic need of a recall.

Yes, Bahrain hosts the U.S. Fifth Fleet and there is a long-standing military relationship between the Pentagon and Manama. Yes, this is a hard test of the values the Obama Administration claims to promote. But that's all the more reason why the human rights and democracy talk shouldn't be junked in favor of short-term military co-operation.

Intense targeting of human rights activists and peaceful opposition leaders over the last five months has prompted some protests from the State Department but hasn't led to any real consequences for the cozy relationship with the monarchy's ruling family. Leading human rights defenders have now been forced into exile or prison, with virtually no room now left for peaceful dissent.

It would be great if life imitated art on U.S. foreign policy, because Madam Secretary's scriptwriters seem to have a much better grasp of what's needed than the Obama Administration does, raising the right issues and posing the right questions about what America thinks it stands for.

McCord nailed in it the episode aired October 2, insisting "Bahrain has nothing to do with our strategy to fight terrorism. And we need to be honest with ourselves about the real challenges we face, or we are going to face a future with more and more American lives sacrificed, and for what? ... I mean, exactly when did the United States start making every decision based on strategic and politically expedient reasons?"

The State Department should get some of McCord's glasses to help with its myopia on Bahrain, and borrow her script to start asking itself why it's providing political support enabling the targeting of human rights activists.