One Direction fans have not taken the news of Zayn Malik's departure lightly.

Their reaction has been so intense, in fact, that Madame Tussauds in London said it had to appoint a "tissue attendant" as fans mourned beside Malik's wax figure.

The company had 150 boxes of tissues delivered to the wax museum and tapped 18-year-old attraction assistant Grace Cadden as "tissue attendant," according to Yahoo UK.

"Directioners that have visited since the news broke have enjoyed seeing all of the boys together and singing along with their songs -- many have also been teary eyed, but we've had a delivery of 150 boxes of tissues over the weekend so we're prepared," Cadden told Yahoo UK.

Marketing director Matt Clarkson said the museum previously had a tissue attendant on hand in 2012 when the band's wax figures were unveiled, but "on that occasion, it was tears of joy." 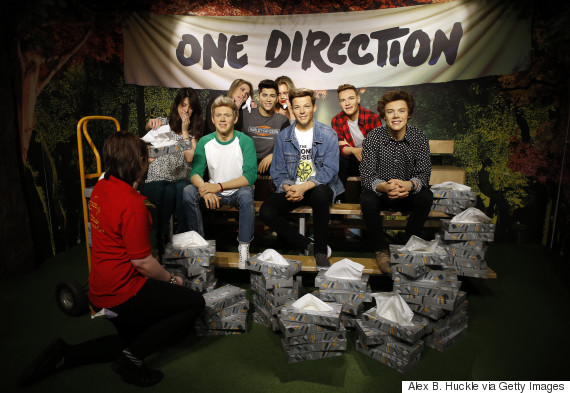 A Madame Tussauds tissue attendant hands One Direction fan Tansay Ratcliffe-James a tissue following the news of the departure of Zayn Malik from One Direction on March 31, 2015 in London, England. (Photo by Alex Huckle/Getty Images) 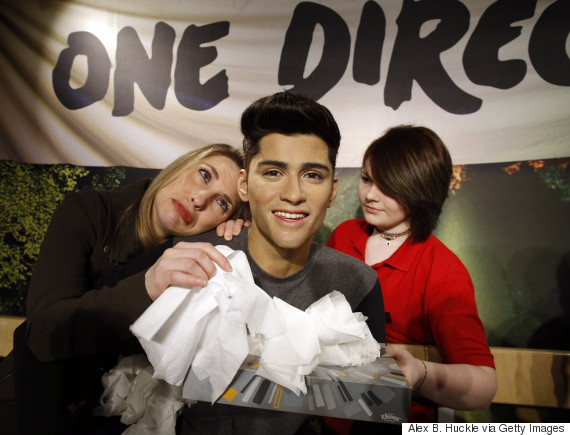 A Madame Tussauds attendant hands One Direction fan Laura Tokely a tissue following the news of the departure of Zayn Malik from One Direction on March 31, 2015 in London, England. (Photo by Alex Huckle/Getty Images)

Malik may not be part of the boy band anymore, but to the relief of fans everywhere, Madame Tussauds has no plans to remove his wax figure.

“We will absolutely not be removing Zayn from our One Direction lineup,” Clarkson said in a statement, according to TIME. “We will continue to play their music non-stop in their dedicated setting, and the Tissue Attendant will be on hand when needed.”

Last week, the museum posted a goodbye message to Malik on Facebook when news of his departure broke.

It was a pleasure to work with you Zayn Malik, we wish you all the best for the future.

Let's just hope those 150 boxes do the trick.

Madame Tussaud's did not immediately The Huffington Post's request for comment.