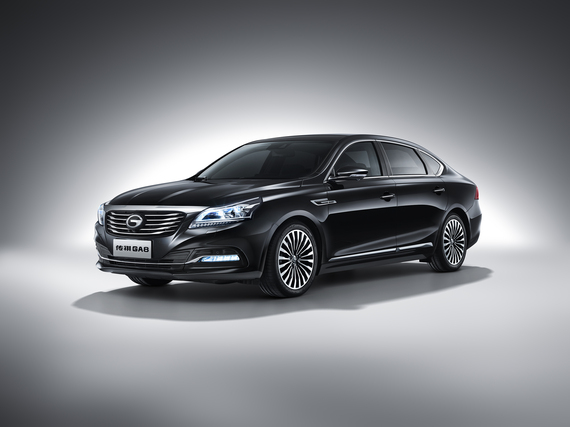 Chinese auto manufacturer GAC Motors is poised to enter the US market in 2017. With its newest GA8 Sedan the company hopes to achieve what no other Chinese auto maker has: a viable US presence.

For decades, the Chinese have wished to become a part of the American auto industry. However, it's not easy.

Chinese car companies face many challenges when it comes to selling their vehicles in the US. For these brands, it appears to be an uphill battle. However, it seems that GAC Motors may have discovered a winning strategy.

One of the main obstacles to Chinese car manufacturers is the lack of brand awareness in the United States. Most Americans are familiar with brands such as General Motors, Toyota, Ford, etc. Most of the American population has never heard of the major Chinese automobile manufacturers.

Since Americans are largely unaware of Chinese automobile brands, they may be leery about purchasing a Chinese-made automobile. This is ironic, considering the fact that the vehicles of several American automobile brands are made in China. These include Buick and Cadillac.

The challenges that Chinese auto makers face are not unique. Korean, Japanese, and Mexican cars have also experienced difficulties when they decided to enter the American market. However, it appears that Chinese manufacturers such as GAC Motors have learned from past mistakes.

Who Is GAC Motors?

Founded in 2005, GAC Motors is a major Chinese automobile manufacturer. It's headquarters are in Guangzhou. Since its inception, it has become one of the more prominent brands in China as well as other countries.

GAC Motors has also had the distinction of ranking number 1 among all domestic brands. The company's high-standards for quality and innovation have enabled it to become one of China's most trusted automobile brands.

GAC Motors has marketing the Trumpchi primarily in the Middle East, South America, and Russia. In these countries, it's had tremendous success. In January of 2016, GAC Motors sold over 33,000 vehicles. This is four times as many as they sold in January of last year.

In April of this year, GAC Motors unveiled the Trumpchi GA8 sedan. This will become the brand's flagship vehicle. The Trumpchi will be the vehicle that GAC Motors will use to enter the American market.

GAC Motors intends to find success in the United States by making the vehicles more affordable.. The Chinese brand intends to price the Trumpchi at 30% less than its rivals. This is a key component of their strategy.

With the Trumpchi, GAC Motors seems to have an interesting opportunity. If their strategy pays off, their lower pricing will convince hesitant Americans to give the company a chance.

Summing It All Up

Chinese auto makers have faced major challenges in getting into the American market. They have had to overcome numerous obstacles. However, it appears that GAC Motors may have the means to finally break into the US market.

This could have a very positive impact on the US auto industry. More competition will spur greater innovation. It's a winning situation for all involved.