"LA is the epicenter of creativity in the world today," said Jarl Mohn at the preview of Made in L.A. 2012: the first Los Angeles biennial hosted by The Hammer Museum and LAXART. The event comprises sixty LA-based artists in three LA venues throughout the summer months.

You won't be seeing Angelenos like Frank Gehry and Ed Ruscha at this exhibition, but instead under-publicized or up-and-coming artists. Liz Glynn, Alex Olson, Ashley Hunt, Animal Charm, Simone Forti, Mimi Lauter, Patricia Fernández, Brenna Youngblood and Koki Tanaka are just some of the diverse and talented artists featured in Made in L.A. 2012.

The biennial is "a snapshot of what's happening in this city now," says Annie Philbin, director of the Hammer Museum.

Made in L.A. 2012 can be seen at the Hammer Museum, LAXART in Culver City, and the Los Angeles Municipal Art Gallery at Barnsdall Park from June 2–September 2, 2012. Ali Subotnick, Curator for the Hammer is organizing the Venice Beach Biennial, from July 13–15 in conjunction with Made in L.A. 2012.

Made In LA: The Hammer Museum Presents The First LA Biennial
Made in L.A. 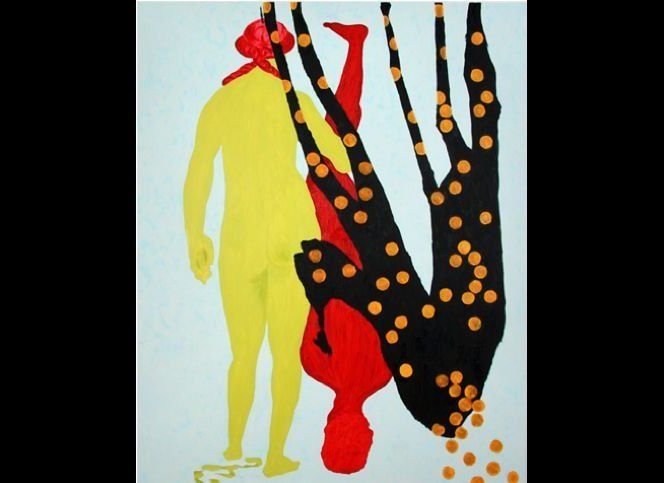