The Design Trust for Public Space, a nonprofit devoted to improving New York City's public realm, has partnered with the Council of Fashion Designers of America to create Made in Midtown, a study of how the industry works and why it's an integral part of the City's economy, identity, and sense of place. The project website, www.madeinmidtown.org launches in May. Each week until then, we'll post a short profile that provides a behind the scenes look at the fashion world, and reveals how an industry inseparable from New York continues to thrive.

As an inveterate horseman, Andrew Rosen knows the power of bloodlines -- and in his, fashion runs deep. His grandfather Arthur, a dress-maker, launched Puritan Manufacturing Co. in Boston nearly a century ago. "I remember as a young boy running around the factories and the warehouses, playing in-between all the clothes," he says. His father, Carl Rosen, took over the company, moving it to New York and straight into the modern world of fashion: he launched seminal licensing arrangements with celebrities ranging from Gloria Swanson to the Beatles, and eventually became the licensee for such designers as Calvin Klein and Diane von Furstenberg.

Andrew Rosen took over the company in 1983, serving as CEO for more than a decade, followed by a turn as CEO of Anne Klein. In 1997, he launched his own company, Theory. "I wanted to mix the luxury of designer sportswear with the urgency of the jeans business," he says, from a corner office overlooking Gansevoort Street in New York's City Meatpacking District. Now a $500 million a year business headquartered in a five-story building (with a sample shop across the street), Theory has shifted the majority of its production overseas, but still makes roughly 30% of its line in Midtown, where Rosen prizes the quick turnaround and closer control over the production process. "I believe strongly that it's one thing to design great clothes," he says, "it's another thing to make sure the fabric and fit and quality are also perfect." 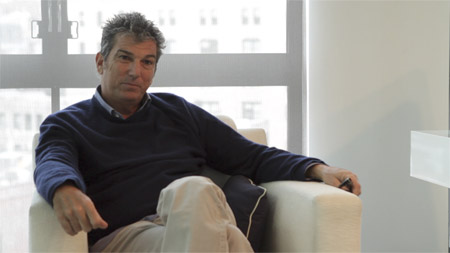 For Rosen, proximity is also an essential component of creativity. "Designing clothes is an art and a science," he says. "I think it's very important to be able to create clothes and see them very quickly. I think it's very important for anyone creative, design-wise, to be very interactive with the pattern-making process, sample making, and ultimately with the manufacturing process. And I think without having those skills present in New York City, it would be very difficult to create clothes that have a sense of excitement, integrity and design."

While Theory is large enough that it can manage overseas production, Rosen notes that, not too long ago, he was a startup. "I never could have grown my business to the extent that I grew without the speed of being able to produce things in New York City," he says. "When I started out, I spent as much time in the factory as in the studio, making sure the clothes were executed in the way I wanted them." Today, he says, designers at Rag and Bone or Alice + Olivia, two rising companies he has partnered with, still depend on the District's manufacturers for their know-how and willingness to work quickly in smaller quantities. "If young designers are going to work in New York, they need assistance on the technical aspects of the business -- the pattern making capability, the actual manufacturing."

Find us on Facebook to connect with project updates, events and photos.