From factories to runways, showrooms to sample sales, fashion is woven into New York City's cultural DNA. Currently the City of New York is considering changing the zoning in the Garment District, the heart of American fashion. This decision would transform the industry and the neighborhood.

The Design Trust for Public Space, a nonprofit devoted to improving New York City's public realm, has partnered with the Council of Fashion Designers of America to create Made in Midtown, a study of how the industry works and why it's an integral part of the City's economy, identity, and sense of place. The project website, www.madeinmidtown.org, launches June 2.

"The first thing a customer asks when they come into a store is 'what's new?'" says Ron Frasch, sitting amidst dozens of designer dresses on the third floor of Saks' flagship store on Fifth Avenue. "They don't want to know what was, they want to know what is." As the person who oversees the process of making sure the best of what's new makes it onto the floor (and out the door) of one of the world's largest and most influential luxury retailers, Frasch must keep an intent watch on the fashion world -- from the up-and-coming designers to the established brands -- and the evolving patterns of consumer desire. "Nothing's ever permanent," he says, "that's why it's fashion." 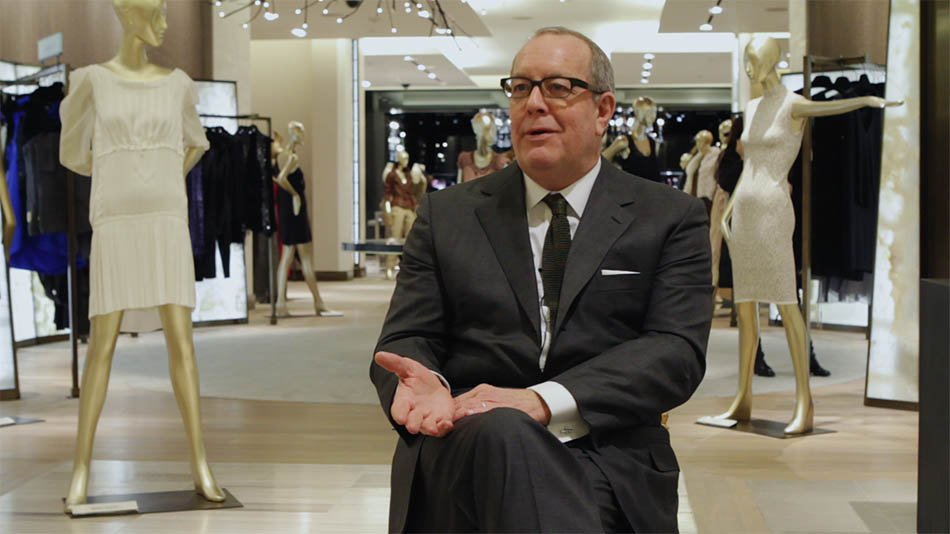 After more than 30 years in the business, Frasch knows fashion from "both sides," as he puts it. On the retail side, he's worked at stores ranging from Bonwit Teller to Nieman Marcus; on the design side, he's held executive positions with Escada and GFT, then the largest licensee of designer products (with Giorgio Armani and Valentino among the designers). During his tenure, he has seen the industry undergo sweeping changes. "It used to be an industry that was dominated by department stores," he says. "Now there's more specialty stores, and even the brands that we buy are retailers." Two fashion seasons have blossomed into six -- or more. The runway shows, meanwhile, have morphed into a global media spectacle, even as their strict commercial importance has declined. "You went to the runway show and that was the buy," he says. Now, the "runway buy is probably the smallest percentage of what we buy. All the work is done prior to that."

And yet much has remained constant. "We will sell 60% of what we're going to sell in the first four weeks the goods are on the floor," he says. "That fact hasn't changed in my entire career." The industry too is still largely relationship driven, Frasch says. "Your handshake means a lot," he says. "There aren't a lot of contracts." Retailers still need to take risks on emerging designers. "I lecture our people all the time on their gut," he says. "They've got to know when to embrace a talent, and prepare to have a period where maybe they will not become successful -- until they become successful."

Over the course of his career, Frasch has witnessed New York evolve into the world's fashion capital, which he attributes in part to its human capital. "New York is a network," he says. "Sometimes you see a ball of string, where everything's connected but separate. I sometimes think about our industry the same way. If you untangle it, it ruins the ball." This sentiment, in Frasch's view, extends as well to the garment center. "I think there's an energy that's created when the garment center is the garment center," he says. As some designers have decamped to open offices in other areas of the city, he wonders if "some of the spontaneity, energy, and creativity that comes with having it all together has been lost."