"Made in USA" seems to resonate well beyond the USA.

Consumers in China are willing to pay a premium for certain products labeled "Made in USA" because they see them as more durable and of higher quality, a new study found.

The report, by the Boston Consulting Group (BCG), found 61 percent of Chinese consumers would pay more for a product made in the United States. When products are of similar price or quality, about 47 percent prefer the U.S.-made alternative, more than double the number who would pick the Chinese-made item.

"The Chinese consumer is quietly concerned about what they're getting," said Hal Sirkin, a BCG senior partner and co-author of the BCG study.

Consumers are responding to recent cases of lead paint in toys, tainted milk and other scandals that, in some cases, led to severe penalties for those responsible. As more Chinese enter the middle class, they will increasingly look for value in the goods they buy rather than just the lowest price, which will pressure Chinese manufacturers to improve quality, Sirkin said.

Chinese consumers' preference for U.S. goods, of course, is not as strong as U.S. consumers', and its causes are different: Chinese shoppers more often cite durability and environmental impact than do shoppers in the United States.

But the survey still shows a potential advantage for manufacturers or retailers of consumer products, who may be able to charge higher prices for goods made in the United States.

The survey of more than 5,000 consumers helps support the argument that more manufacturers should base production in the United States, according to BCG.

As the cost of producing and shipping goods from China rises, more U.S. manufacturers are expected to expand U.S. capacity, BCG predicts. And as U.S. factories churn out more autos and auto parts, electrical equipment and furniture, they could spark an industrial renaissance with 5 million new jobs, it says.

BCG recommends retailers lock in U.S. suppliers to attract shoppers, and is advising consumer brands to make their U.S. sourcing as visible as possible. For now, relatively few do.

"If you're going to have things that have a long life, like mechanics' hand tools, there's real premiums for 'Made in USA' over a foreign brand because the quality is better," Sirkin said. He named Stanley (SWK.N) brand tools as an example.

In both the United States and China, more than 80 percent of those polled cite quality as a reason to pay more for U.S. goods. Baby food, household appliances, tires, car parts and furniture are items for which most people are willing to pay a premium, generally of 10 percent or less.

Some categories are outliers: shoppers in China would pay 77 percent more for U.S.-made athletic shoes, a status symbol.

Patriotism motivates U.S. consumers. More than nine in 10 cited domestic jobs as a reason for choosing "Made in USA" goods. Overall, 81 percent of Americans are likely to pay more for goods that carry the "Made in USA" label. More than a quarter of people are willing to pay at least 10 percent more for appliances, furniture, and baby food.

The BCG study, to be published Thursday, focused on consumer goods rather than pricy capital equipment geared toward business and government. It found only minor differences in attitudes based on age, income and whether respondents had children.

The appeal of U.S. goods is by no means universal, however. French consumers see U.S.-made mobile phones, shoes or baby toys as less valuable than local equivalents, and almost two-thirds of Germans would pay more for German products.

PHOTO GALLERY
States Losing The Most Jobs To China

'Made In USA' Label Popular In China, Too: Study
States Losing The Most Jobs To China 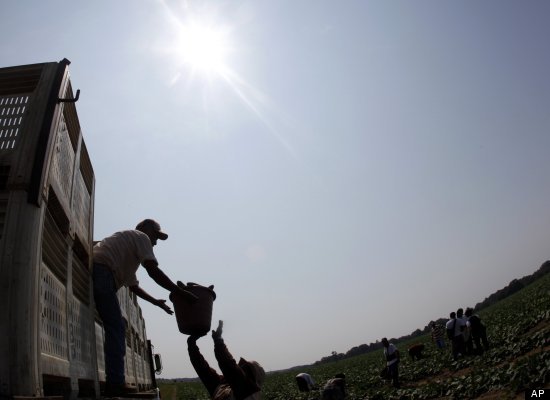