Words come from everywhere. TV shows are productive -- look at "Battlestar Galactica's" "frak," Stephen Colbert's "truthiness," and "30 Rock's" "blurgh." Wacky news events like the Steven Slater JetBlue story get people talking about "hitting the slide" or "pulling a Slater." Politicians accidently coin terms like "misunderestimate" and "refudiate." Language is not discriminating -- it's a ravenous, all-encompassing beast, and its unpredictable evolution swallows and mutates words from all sources.

This indiscriminate gluttony may give pause to some who wish that language could be shined and preserved like a fine vase. Fortunately for literature lovers, some of the finest writers ever have given us some of the most successful words ever. Though science fiction has naturally been a major contributor -- after all, new worlds require new words -- virtually any kind of writer is likely to coin a new term, and some of those terms stick. Here's a look at a few of the stickiest.

Mark Peters is a language columnist for Good and Visual Thesaurus. He can be found on Twitter here.

What Do Hobbits, Robots, and Yahoos Have In Common? They're Famous Authors' Made Up Words
Hobbits Agnostics and Yahoos 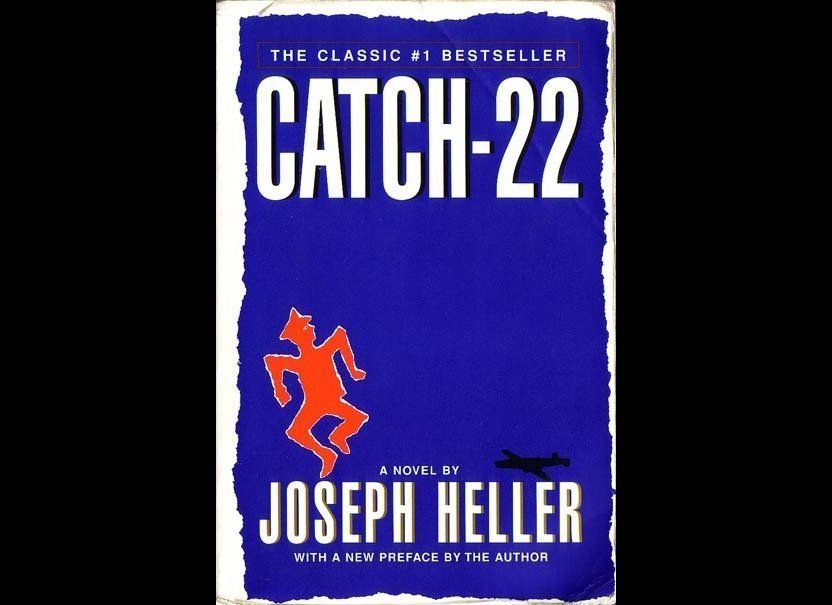 1 / 9
"Catch-22"
Literature is full of catchy titles -- such as "Much Ado About Nothing "and "A Portrait Of The Artist As A Young Man" -- that become lodged in the popular mind, like a crayon in Homer Simpson's brain. Though new words are often redundant (look how many terms there are for stupid and crazy) here's a word that covered a situation everyone recognized but no one could name. As Heller's Yossarian put it, in regard to flying missions: “There was only one catch, and that was Catch-22 ... If he flew them he was crazy and didn't have to; but if he didn't want to he was sane and had to.“ These days, the term can be found just about everywhere: recent uses refer to being a Hispanic Republican, owning a small-market NBA team, and determining the talent of a young quarterback. The best-selling memoir of Christopher Hitchens is the most visible recent play on the term: "Hitch-22."