When we think of our favorite feminist quotes, former Secretary of State Madeleine Albright's now iconic insight on women helping each other is easily near the top of our list.

"I have a saying," Albright told the WNBA All-Decade team in 2006. "I think there is a special place in hell for women who don't help other women."

But Albright, the first woman to ever lead the State Department, has made more of her share of memorable comments on women, empowerment and global equality.

In honor of her 78th birthday, here are eight more spot-on remarks from the trailblazing diplomat: 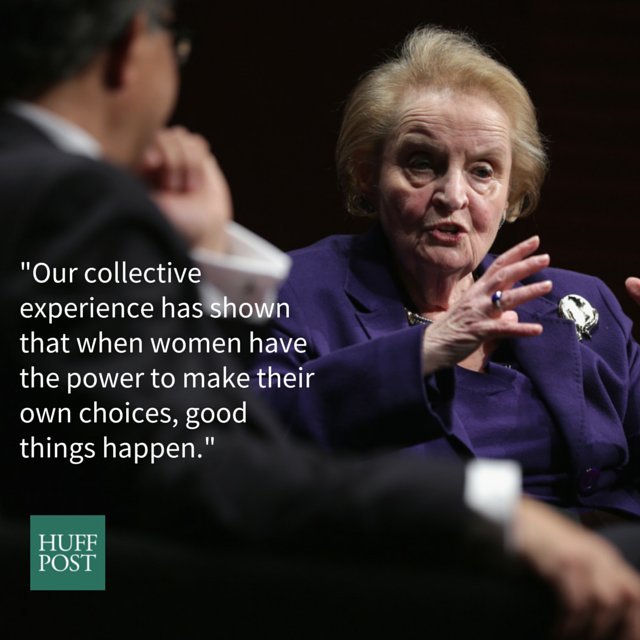 Speaking at the United Nations in 2013. Image: Getty. 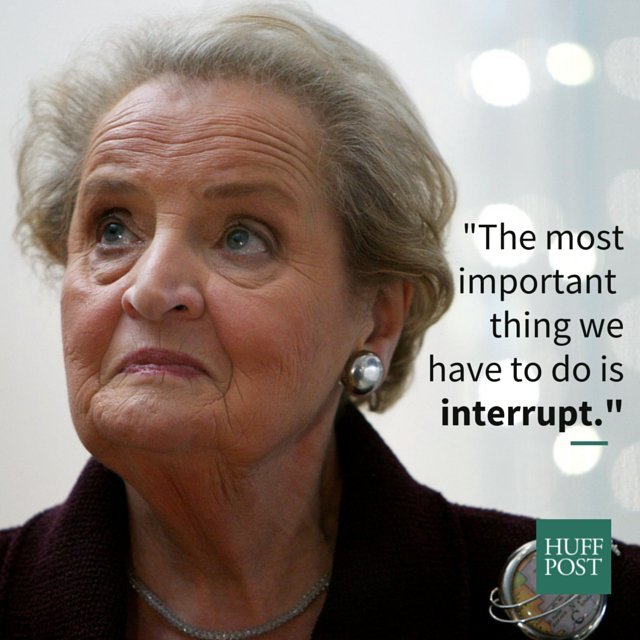 In conversation with Karen Tumulty at the Pennsylvania Conference for Women in 2013. Image: Getty. 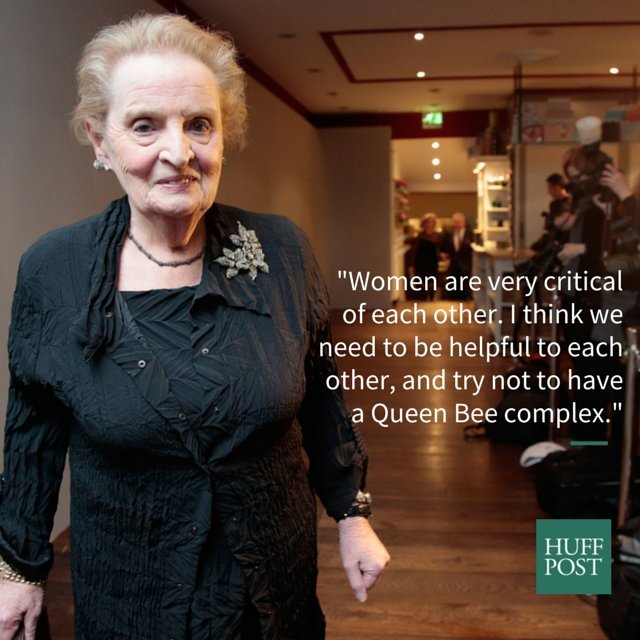 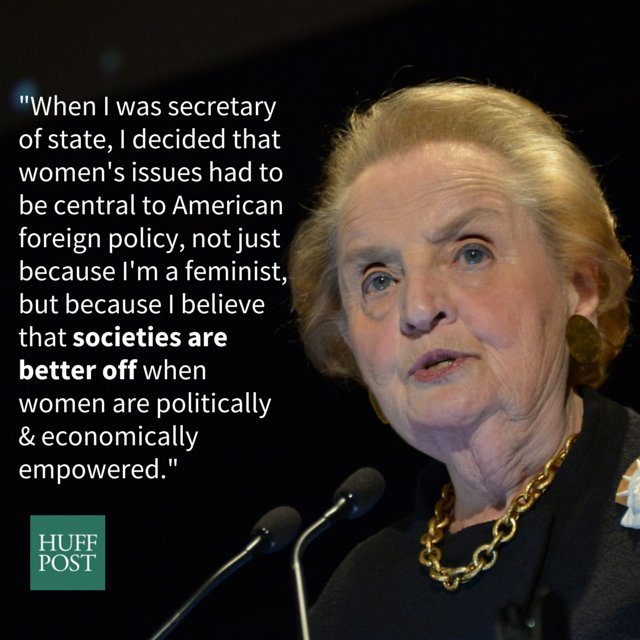 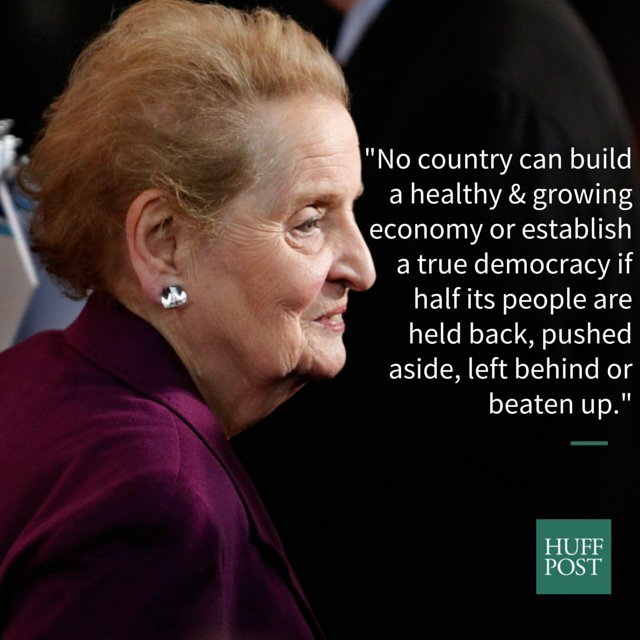 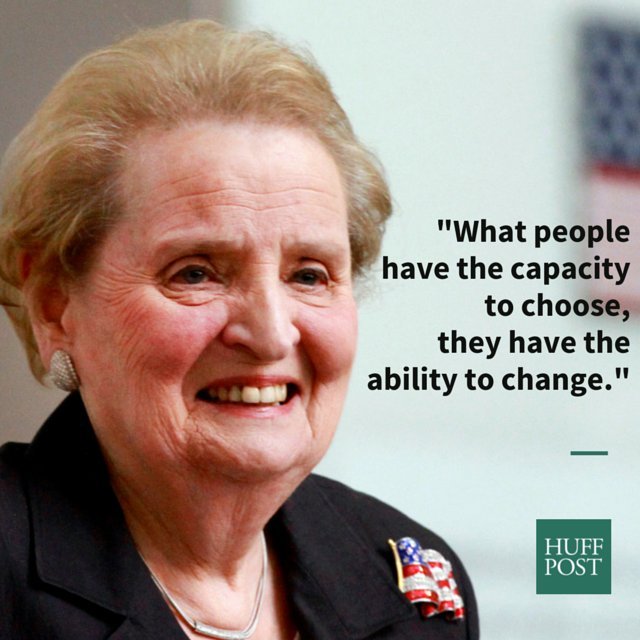 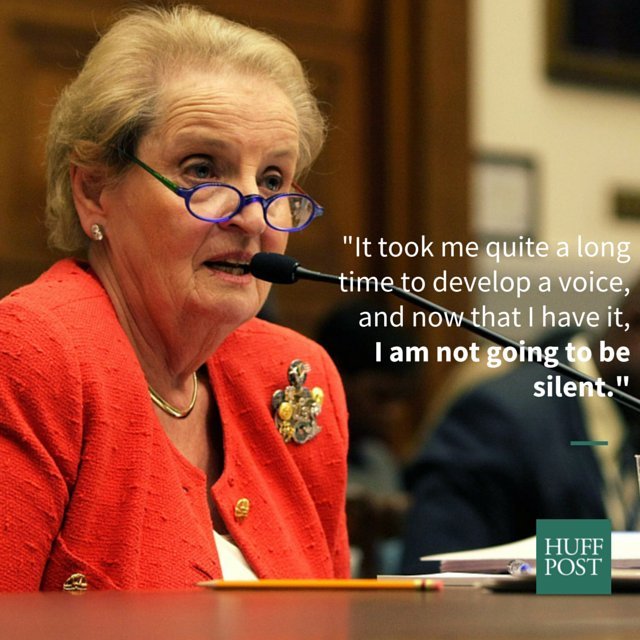 Interview with Marianne Schnall published on The Huffington Post in 2010. Image: Getty 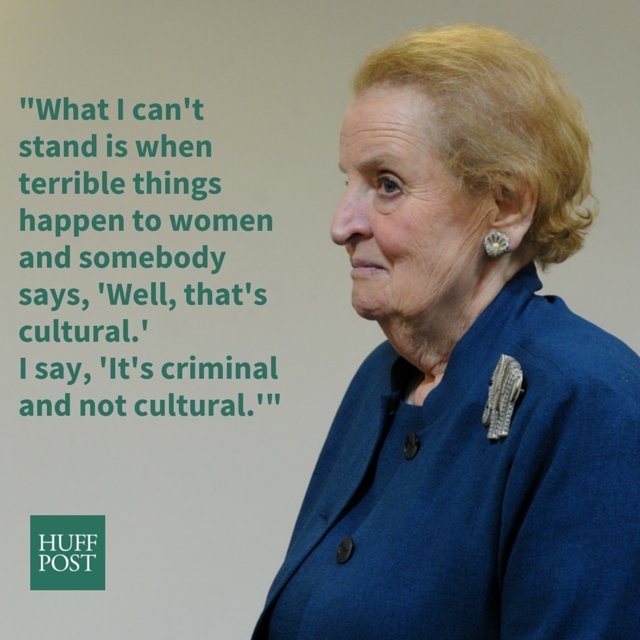 In Honor Of Her 78th Birthday, Here Are 8 Times Madeleine Albright Got It Totally Right
Secretaries Of State