Madeleine L’Engle entered the world at the tail end of November, on this very day in 1918, so it makes sense that the book she’s most beloved for, A Wrinkle in Time, begins with a classically chilly scene: a dark and stormy night.

Awkward middle-schooler Meg Murry, her precocious little brother Charles Wallace, and their beautiful scientist mother have gathered by chance in the warm kitchen to take comfort during the storm. Their relatively normal, and popular, twin brothers Sandy and Dennis remain asleep upstairs. That very day, Meg has drawn rebuke from her teachers, been sneered at by her classmates, and gotten into a fight to protect her nerdy little brother. Her mother gently examines a bruise she’s acquired on her cheek. Full of resentment at her lot in life, 12-year-old Meg stews, “I hate being an oddball.” Her mother responds, “Just give yourself time, Meg.”

In short, A Wrinkle in Time announces itself immediately as a book for the oddballs -- the normies, Sandy and Dennis, may continue to slumber offstage.

Every young adult book is, basically, for the misfits. Navigating adolescence without suspecting that, on some or every level, one is incapable of operating "normally" in society may be impossible. It’s an age of confusion, identity formation and reformation, trying to fit in and wondering why we can’t. Coming-of-age books often aim at this confusion, offering an alternate mythology: that we can’t fit in, perhaps, because we’re just too special. That one day, we’ll be the one everyone else will envy. (Harry Potter, for example -- you’re unpopular because you’re a wizard, Harry!)

L’Engle’s Wrinkle in Time quintet isn’t just for the oddballs, though. It’s for the oddball in every single one of us. In L’Engle’s books, there’s no one standing onstage who’s simply normal, accepted, whole. Reading the series is a course in learning that every person faces their own path to feeling normal, and their own obstacles to feeling special.

Poor gawky Meg, whose proclivity for shortcuts in math class has also marked her as “dumb” among her teachers, feels like the greatest outcast. Early on in the book, her fortunes seem to take a turn when she befriends Calvin O’Keefe, a cute, popular classmate who excels at school and in athletics. But, as it turns out, Calvin is jealous of her -- her loving family, her financial security. He might be able to fit in with his classmates, but at home, he’s the misfit in a down-on-its-luck family that cares little about him.

Throughout four of the five books in the series, Meg and Charles Wallace form a dynamic Murry duo, the misfits who have dramatic, earthshakingly important adventures. They save lives. They change history. It’s enough to make you wonder: What would it be like to be their siblings?

In Many Waters, L’Engle puts the normal Murry twins -- normal grades, normal popularity, normal everything -- into focus, and what materializes isn’t so simple as might have been expected. Sandy and Dennis might seem totally normal, but they’re oddballs, as well; in a family full of geniuses, including both of their parents and both of their siblings, they’re on the outside looking in. Worse, they’re more than smart enough to know they’re not really a part of their family's world.

Sandy and Dennis actually stumble into their own sci-fi adventure, accidentally triggering a time machine while goofing around in their parents’ lab and finding themselves in the Middle East, living with Noah’s family shortly before the great flood. Suddenly, without ever choosing their fate, they’re reckoning with being caught up in a historical disaster, as well as with their conflicted feelings about their family and about being treated as one unit -- SandyAndDennis. While having each other, and their popularity, has made their lives simpler in the short term, they both know those are stopgaps for a real identity. So who are they? Where do they fit?

L’Engle’s most beloved series contains travel through time and space, battles inside mitochondria and romances with beautiful biblical women, but her sympathy for the oddball powers her magic. Not just the oddball as we might think of him or her -- the nerdy Meg Murry, the uncanny Charles Wallace -- but the little part in each of us that feels rejected or unworthy.

Every adolescent, even every adult -- whether a Dennis or a Charles Wallace -- sometimes struggles to fit in. Maybe growing up is about learning that no one can be all things to all people, but if anyone knows that’s a tough pill to swallow, it’s Madeleine L’Engle.

Madeleine L'Engle, The YA Author For The Oddball In Everyone
11 Books From Your Childhood That Celebrate Strong Women 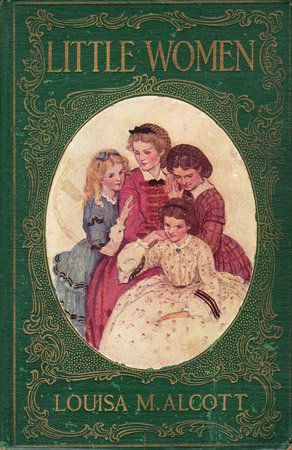