Since the first book’s publication in 1939, the name “Madeline” has become practically synonymous with a certain red-headed, brave-hearted schoolgirl who lived in an old house in Paris all covered in vines. 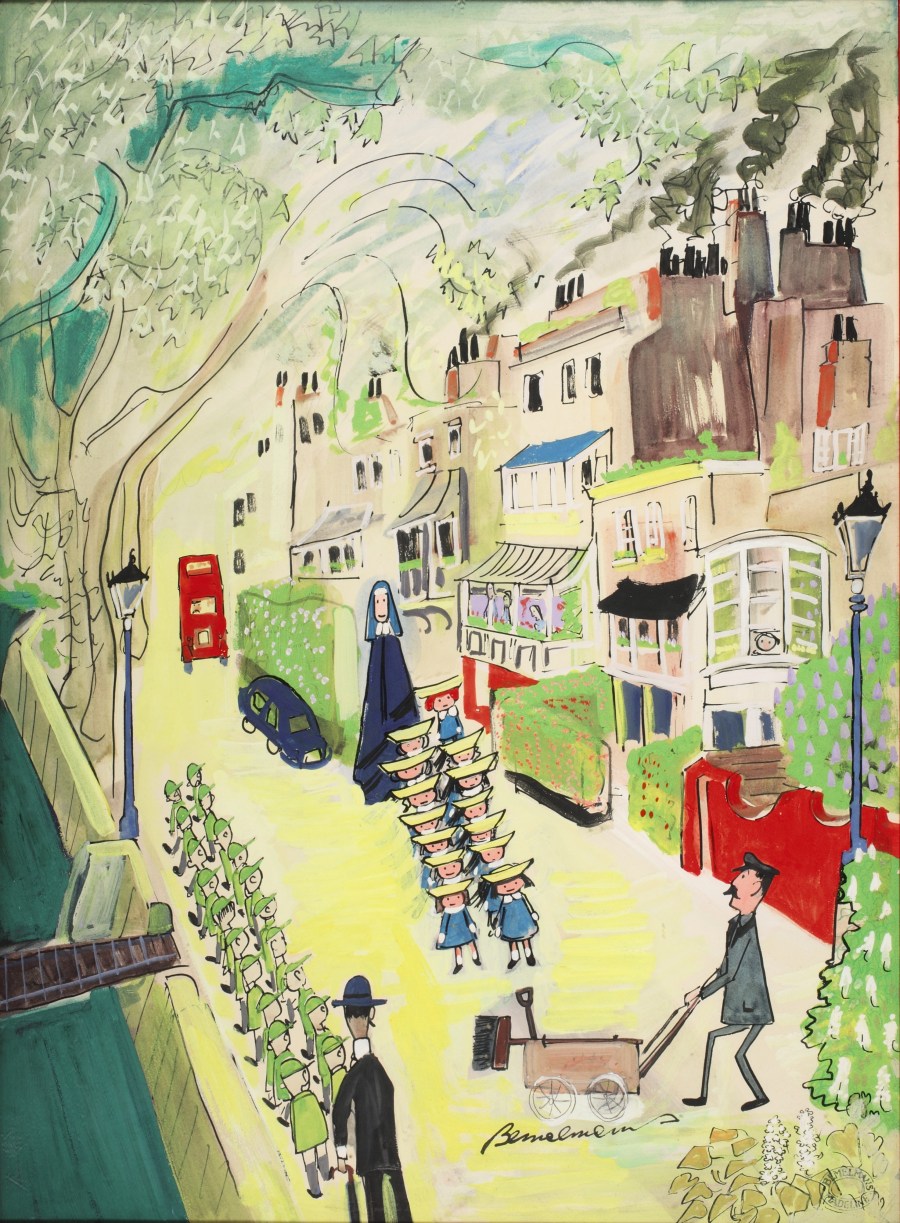 The Madeline books, written and illustrated by Austrian-American author Ludwig Bemelmans, number among the most beloved children’s classics, in large part because of their spunky little heroine. “She was not afraid of mice — / She loved winter, snow, and ice,” we learn. Hardcore.

Bemelmans’ charming, color-saturated illustrations undeniably set the books apart, however. In slanting, inky lines and bold red-yellow-and-blue, Madeleine and her comrades stamp themselves firmly in our mind’s eye. Bemelmans’ art conjures a childlike, fairy tale world, where being different makes a little girl special and celebrated, and where the world seems eternally colorful and full of promise. 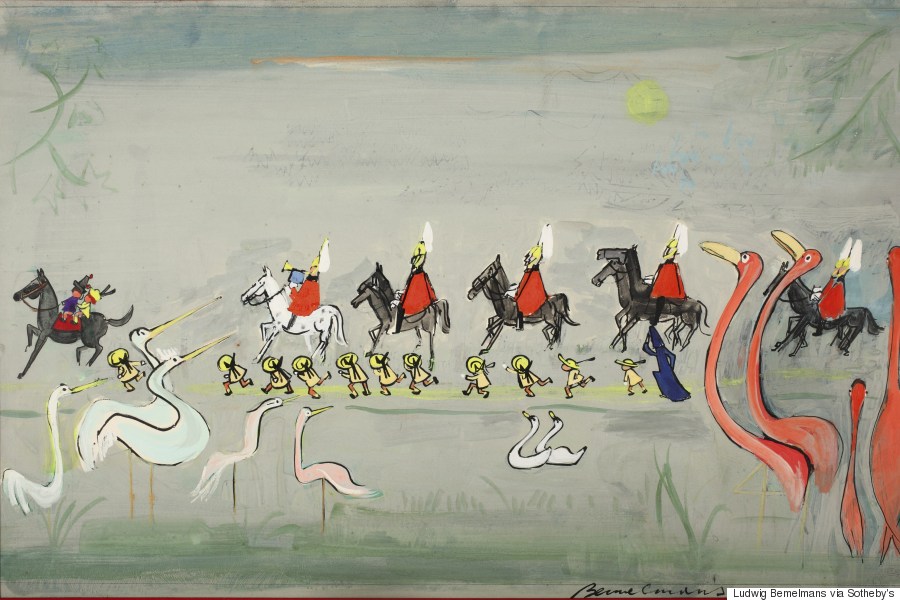 In a few lush original Madeline artworks, on auction at Sotheby’s New York this month, Bemelmans’ gifts are on full display in two studies for Madeline in London and a Parisian street scene from the same period. The familiar hat-bedecked girls are out and about, in two straight lines, framed by arresting sketches of flamingos, red-clad horsemen and imposing castles.

And as usual, the smallest one is Madeline. 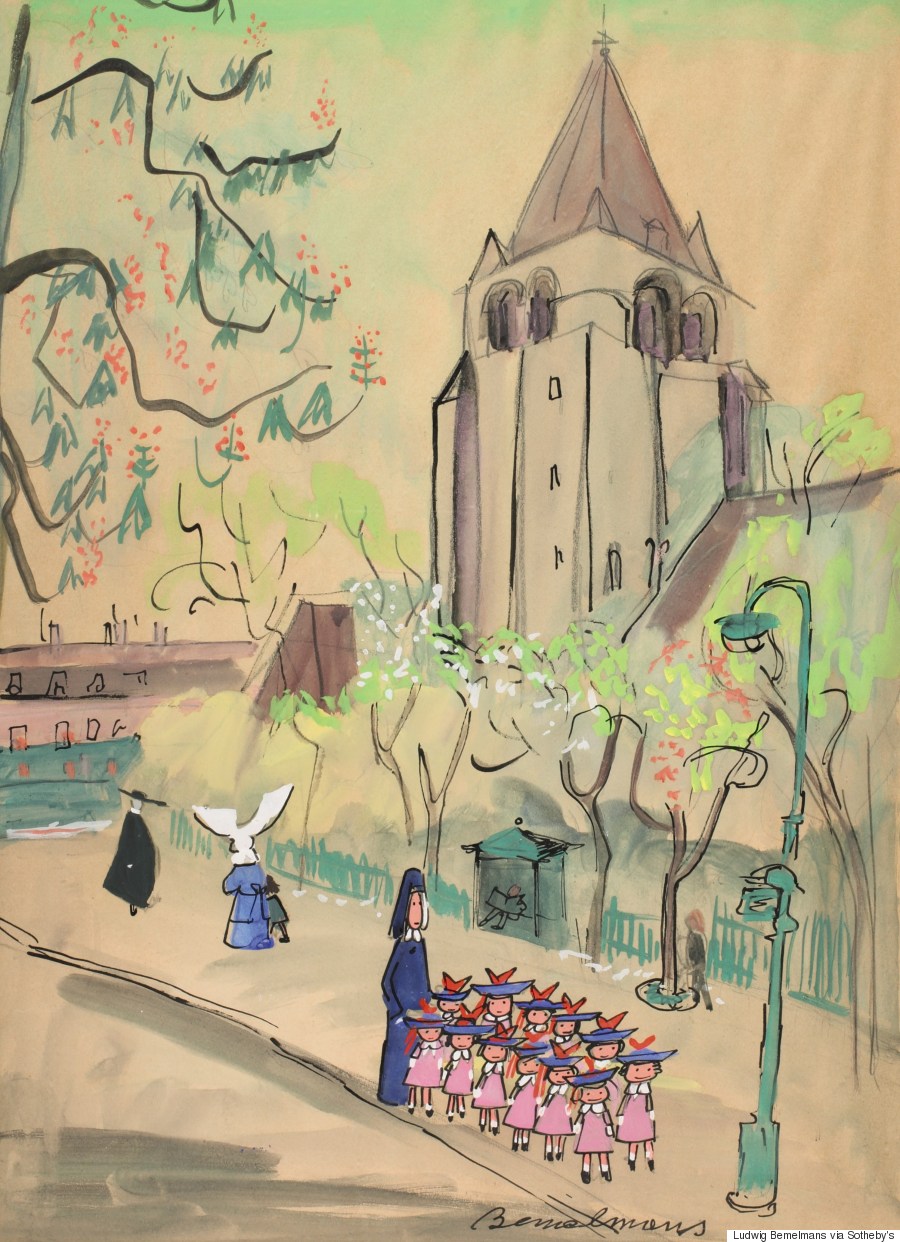 The Madeline sale will take place during Sotheby’s Fine Books and Manuscripts auction on June 19.