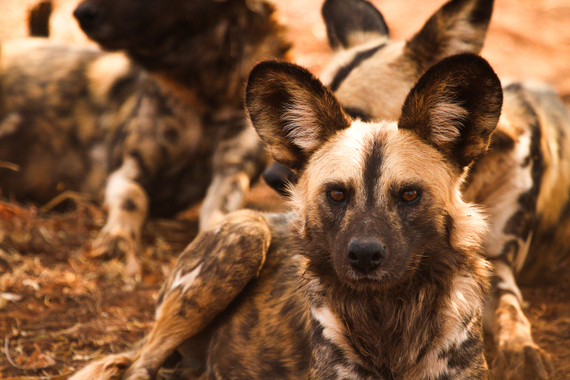 As we drive through the reserve -- without another vehicle in sight and surrounded by acacias and red Kalahari earth -- for the most part it's hard to imagine that Madikwe wasn't always like this. Then every so often there's a small glimpse of its past life: the foundations of an old stone house poking out of the earth here; an old borehole there.

"All the farmers laughed and said it would never work," says Jaci van Heteren, owner of two of Madikwe's first lodges, as she speaks about the idea of turning an area of largely abandoned, exhausted and crumbling cattle farms into a 75,000 hectare game reserve. "But we believed in it. it was what we wanted to do, it was our dream -- it was that easy. We've seen it change so much since the beginning."

Today, Madikwe Game Reserve is one of South Africa's biggest and very best wildlife areas and lauded around the world as a great conservation success. A seven year project called Operation Phoenix, which culminated in 1991, saw approximately 8,000 animals translocated and reintroduced into the area that now comprises the reserve, in what remains the world's largest translocation project. It was also the first project to translocate complete herds of elephants.

As we pull up to the entrance of Jaci's Tree Lodge with a big bull elephant pulling some roots out of the dry soil just beside us, Jaci tells us that today there are more than 1,000 elephants in the reserve.

But for all its conservation success, Jaci says that Madikwe is still often overlooked because people tend to go for more known reserves and parks such as Kruger National Park and Sabi Sands. As far as I can see this is just another part of the reserve's appeal.

I dump my bags in my room and go to explore the property, which is made up of a series of wooden walkways, raised wooden decks and high-ceilinged suites on stilts beneath the forest canopy and close to the river bank. 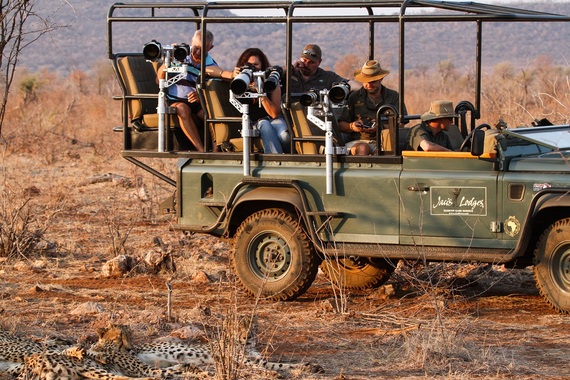 Obviously infected by the pioneering spirit that seems to be at the core of everything about Madikwe, Jaci's Lodges has recently teamed up with Pangolin Photo Safaris with a view to making Madikwe a leader in the specialized photographic safaris market. Just beyond the perimeter of the lodge, a unique new submerged photographic hide, aptly-named the Terrapin Hide, pokes its head out of the water in the middle of a deep waterhole that is a favourite for elephants to swim in.

I take a walk through the low, underwater tunnel that leads to the hide with 'Guts', the man who designed it. As we come out just above water level a lone zebra is drinking from the edge of the waterhole. It doesn't seem to notice us in the hide. As it turns to walk away, I see that it's back left flank has been ripped almost clean off, most likely by a lion. I'm not sure how it's still alive, let alone walking.

We eat a hearty tea in the lounge back at the lodge and then head out for an afternoon game drive with a team of top wildlife photographers who have been invited to test out Pangolin's and Jaci's Lodges' new product. In addition to the Terrapin Hide, some of Jaci's safari vehicles have been fitted with custom-made camera mounts. All the photographers fall silent as they attach their cameras and play around with the gimbals' movements like kids with new toys.

Soon after leaving the lodge, we find four adult cheetah lounging lackadaisically in the scant shade cast by an acacia. Like everything else in the reserve, they look like they are waiting patiently for the rain, which is a rare treat in these parts.

After our game drive we dine beneath the stars around the boma, and I drink a few too many gin and tonics and then one too many glasses of some very good red wine from Jaci's cellar before stumbling precariously along the wooden walkway to bed.

Looking to the future 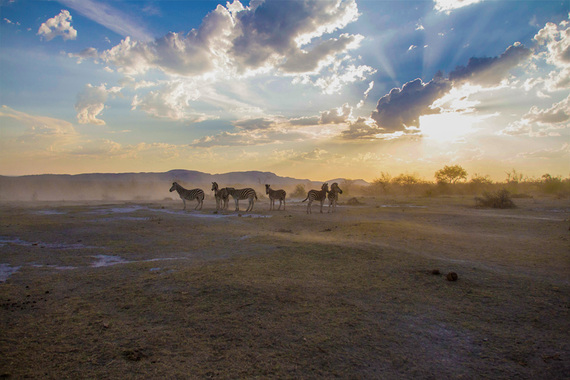 The next morning, we are off in search of the nine wild dogs pups that have survived from a litter of twelve born a few months ago. Madikwe has become particularly well-known for its population of this critically-endangered predator, though a large percentage was killed off by rabies a year or so ago. With just one pack left, everyone here is rooting for the new pups.

Along the way, Jaci tells us a little more about the new photographic focus. "We wanted to introduce a new niche and a new direction . . . it's a new era," she says, "and it makes complete logical sense". With wildlife photography becoming an ever more popular and accessible pursuit all over the world, it would be hard to question her assertion.

Renowned South African wildlife photographer Andrew Averley pipes up in the back of the vehicle and says that an increased photographic emphasis will help create awareness with regards to wildlife and Madikwe's conservation credentials. "It'll encourage people with social media platforms, that now reach every corner of society, to see, capture and preserve the natural side of things". He says photography also encourages people to treat animals with greater respect.

This is an important argument in light of increasingly vociferous discussions about the ethics of trophy hunting across Africa. As Toby, one of Pangolin's founders, puts it: in Madikwe they want to do as much as they can to promote the "shoot to thrill rather than shoot to kill" philosophy, taking a leaf out of Botswana's book (Botswana does not allow any hunting or culling).

Marina Cano, a famous Spanish wildlife photographer who's also in the car with us, agrees that wildlife photography has an important role to play in conservation today. "It's a vehicle to create awareness in people about what is going on with Africa's wildlife, particularly with regards to elephants and rhinos."

Down with the dogs 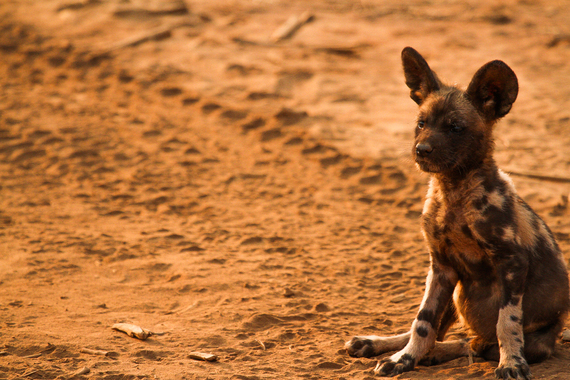 Our guide Obakeng turns around and puts his finger to his lips to tell us to be quiet. We're approaching the wild dog den. We creep around a bend and there they are: all nine of them playing around in the dust just next to their underground lair, while a rather tired looking adult who has been assigned babysitting duty looks on disinterestedly from a distance.

It's a special and incredibly rare sight, and the photographers' cameras click away like machine guns on either side of me. Then everyone stops and falls completely silent and we just watch these beautiful animals, who have become so synonymous with Madikwe.

After twenty minutes or so we leave the dogs in peace. At this stage their future looks bright, but there's a long journey ahead. The same could be said for Madikwe itself. In both cases, I feel incredibly fortunate to have been able to capture a small piece of that journey.