"Remember taking child's pose is okay," the yoga teacher says with a gentle pat on my back as she glides serenely around the room. While it's shared with the whole room, I know the message was delivered especially for me. A yogi way of saying "hey, your face doesn't look serene so sit your ass down."

This is not the first time my crimson countenance has garnered worrisome attention. In high school a referee called a time-out during a soccer match to make me sub-out. During a job interview my would-be future boss asked if I was feeling ill. Another time on a run, a stranger stopped me and warned me about the perils of heatstroke.

Oh yes, the joys of humanities odd ability to blush! Or in my case violently erupt during times of physical exertion, embarrassment, anger or sorrow. Scientists believe that people prone to redness have more capillaries close to their skin, or that they have the same number as everyone else, only theirs dilate more. Either way, it brings more blood to the surface of the skin resulting in a youthful glow -- or in my case, a blazing inferno.

Biological reasons aside, there are interesting theories as to why humans have this peculiar ability. Charles Darwin himself exclaimed that blushing is "the most peculiar and most human of all expressions." Humans are the only animals who have this ability and it's believe this display evolved over time as a way for us, as hyper-social creatures, to resolve conflict non-verbally by evoking empathy. A blushing face, it seems, is the human equivalent of a dog with its tail between its legs -- a silent way of saying "Officer, I am ashamed to have stashed my marijuana in such an easily seen location."

Enter science and its never ending rotation of potions designed to alleviate this infinitesimal problem. 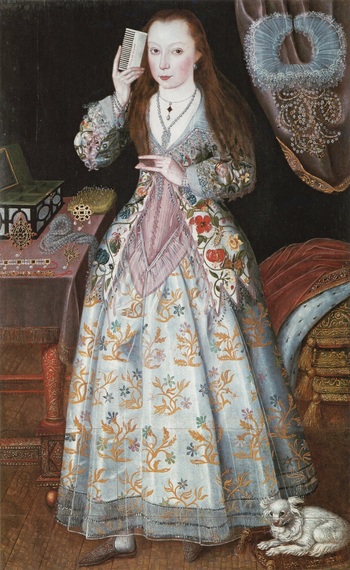 "Try this green color correcting primer!" the glossy Sephora women tells me while I am perusing their goods. "The green color neutralizes redness," she explains. I pass, recalling the naïveté of my youth when I coated my face in green primer before a day spent at sea with my Marine Biology classmates. The ocean was rough and most of the group was feeding the fishes with their regurgitated bile. I was holding it in like a pro when a boy across the way exclaimed "Whoa your face is green! I thought that was just in cartoons that people turn green when seasick." Rather than fess up I just went along with it, but soon the embarrassment had me retching over starboard too.

Of course, I am not the first person to become sick over my skin's complexion. Throughout history people's infatuation with rosy cheeks or pale skin have compelled them to make some questionable decisions. Ancient societies looked to natural occurring minerals and vegetable dyes to attain their desired hue. Ground red ochre mixed with fat was used by the ancient Egyptians as a blush. The Greeks relied on crushed mulberries, while the Romans found that red vermillion did the trick.

In the middle ages a pale parlor was de rigueur -- indicative of one's wealth as a ruddy-colored completion sold you out for being a field worker. In The Trotula (oft cited as one of most influential medieval medicine books) the author celebrates the use of leeches to remove redness from skin for cosmetic purposes. (Unrelated bonus: it also suggests their use on the vagina prior to consummating a marriage to appear virginal.)

While bloodletting for beauty sounds terrible the Italian Renaissance hyped that shit up by discovering that makeup can conceal blemishes and murder. Enter: Acqua Toffana. The CC cream of its time, it evened skin tone and had the added benefit of being really, really deadly. Made with arsenic, its creator Signora Toffana sold the ointment as a "facial powder" to wealthy women in unhappy marriages. Six hundred dead husbands later, Signora Toffana was executed. However, this did little to quell the use of lethal beauty aids and soon "dead white" would be all too common.

Going into the 17th century pale skin remained très chic. Fashionable individuals removed freckles with lead sulfate and plastered their faces with white lead, vinegar and arsenic for that nice corpse look. Use of lead had known consequences including madness and infertility, but it remained well embraced, even after it began eating away at the wearer's skin. The simple fix? Apply more arsenic and lead powder! It wasn't until 1869, when the American Medical Association published a paper entitled "Three Cases of Lead Palsy from the Use of a Cosmetic Called 'Laird's Bloom of Youth'" that the general public wised up to the deadly consequences of their morning regimen. In 1906 the Pure Food and Drug Act and later formation of the FDA would restrict some of the poisons heralded as wonder drugs, but bogus cosmetology continues and, to this day, the FDA has not set limits for lead in cosmetics. 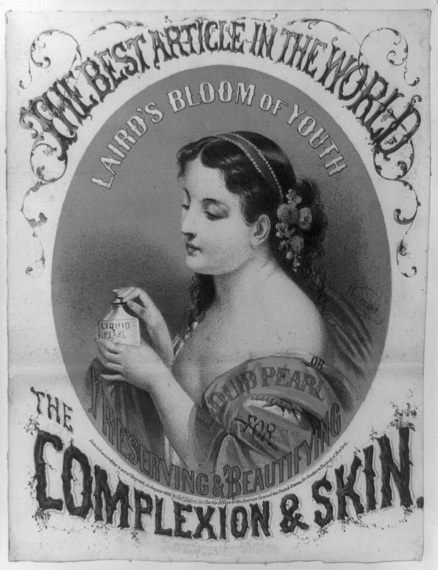 Your face is to die for!

One would think the insanity is over. But beauty trends, much like Matthew McConaughey's oeuvre, have a way of surprising you. In Tokyo me no shita chiiku (or under-eye blush) is all the rage - giving users a look reminiscent of a doll suffering from pink-eye. Earlier this year on London's High Street an illegal haul of skin lightening products was seized and found to contain the bleaching agent hydroquinone which is basically the biological equivalent of paint stripper. If you didn't catch that news story perhaps its because you were too distracted by the horrifying photos of Kim Kardashian's "Vampire Facial."

Back at Sephora I mull over my limitless choices of balms, serums, lotions and creams but, in the end, leave empty handed. If nothing else my foray into the how and why we blush and humanity's odd obsession with controlling it, has left me feeling strangely enamored with this irksome trait. Yes, I may not be able to watch the beginning of Pixar's Up without being rendered a splotchy-faced mess, but in the end, at least I felt something. And it's nice to sometimes unintentionally remind strangers that other people have feelings too.