Madonna is set to hit a major career milestone -- and she wants her biggest fans to join the celebration!

Oct. 6 marks 30 years since the release of the pop queen's debut single, "Everybody." To celebrate the song that launched one of music's most legendary careers, Madonna's official web site is asking fans to pay tribute to the Material Girl using her own iconic work as a source of inspiration.

Fans should pick their favorite Madonna single or album sleeve and come up with their own sleeve face creation! You can stick to the original photo's look and feel or make it even more fun by adding accessories and/or an unexpected background -- the only limit being your imagination.

Once done, e-mail your creation to madonnacontests@gmail.com before 11:59pm EST on Oct. 19, 2012, using "MY MADONNA SLEEVE FACE" as your e-mail's subject line. Madonna will select her favorite 10 photos out of the submissions.

The "Touchdown" grand prize winner will get an exclusive fan pack thats include an autographed football helmet signed by Madonna right after her 2012 Super Bowl performance, one pair of Golden Triangle pit tickets to an upcoming MDNA Tour show, one month's supply of Vitacoco, "Addicted to Sweat" full DVD set, one album cover lithographs set and one pair of "Truth or Dare by Madonna" shoes (size and styling of your choice). Nine additional fan packs also comprise great Madonna-themed goodies.

So what are you waiting for? Strike a pose, there's nothing to it! 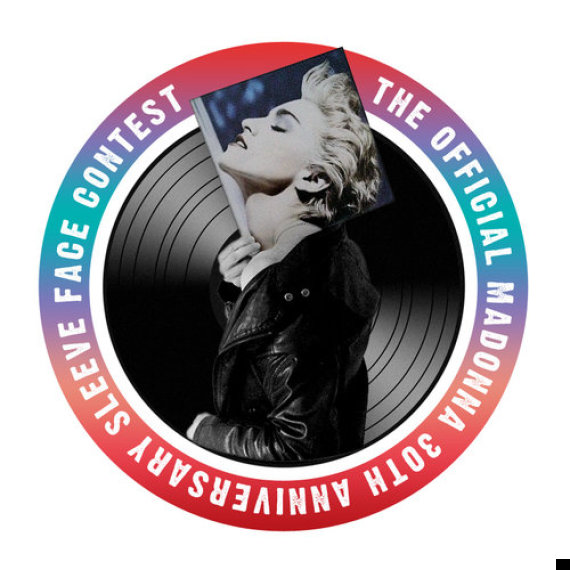 Click here for additional details and full details on all of the incredible prize packages.

Submitted photo must be a JPEG file. Maximum file size is 1MB.

One entry per member please. Multiple entries received from the same member/person will be disqualified.

This is an Internet offer only. All entries must be submitted via email to madonnacontests@gmail.com

A selection of the valid collected entries will be posted to Madonna's official site and social pages, as well as Huffington Post Gay Voices.

Madonna Marks 'Everybody' Anniversary And Career Milestone With Special Fan Contest
Madonna&#039;s Gayest Moments Over The Years
1 / 10
'Open Your Heart,' 1986
A gay couple and a woman in drag are among the many voyeurs watching Madonna in her peep show number in this video (which also saw the debut of her now-iconic conical bustier).