Marilyn Manson is trying to get with Madonna -- and she knows it.

In a recent interview with i-D magazine, Manson opened up about the iconic pop singer.

"I'm kind of interested in this Madonna record," he told the magazine. "She looks hotter than ever. I'd also like to let it be known that I still have a crush on Madonna and I would definitely fornicate with her."

Elsewhere in Madonna's Instagram is this dancing cartoon that we're pretty sure is supposed to be her. 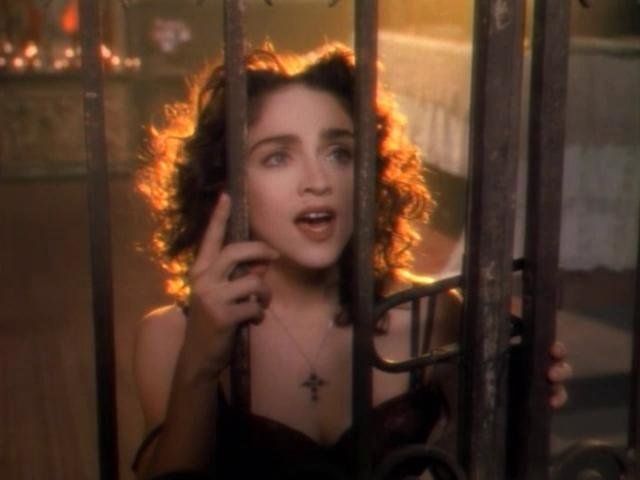 1 / 69
"Like a Prayer" (1989)
<strong>Billboard peak:</strong> No. 1 <br> <br> Wherever you are, the opening pings of the organ in "Like a Prayer" are like a call to action. If you're in public when it begins on your iPod, shove your hands in your pockets immediately to keep from undulating like a member of the song's gospel choir. If you're in a karaoke bar, someone better grab that microphone pronto, before another cross erupts into flames as penance for your pop-music sins. <br> <br> That's because "Like a Prayer" is among the best pop songs of all time. The hum of the choir at the start crescendos in a way that still demands everyone leap from their seats. It's just '80s enough to have catapulted to ubiquity within weeks of its release, but it's timeless enough to remain a staple of contemporary-flashback radio. <br> <br> It helps, too, that the song sparked a flame of controversy. Its video, directed by frequent early-Madonna collaborator Mary Lambert, depicts white supremacy, an interracial romance and Madonna crooning in front of Ku Klux Klan-style burning crosses. It seems tame compared to Madge's later videos, but the religious controversy resulted in protests. The American Family Association condemned it, and Pepsi, which used "Like a Prayer" in a $5 million advertising deal with Madonna, dropped the singer's campaign. <br> <br> Madonna shrugged off the contention, and rightfully so. Critics praised the song, which spent three weeks at No. 1 and has since been listed on Rolling Stone's and Blender's lists of the greatest songs of all time. Today, pop stars are lucky to land a song that leads to even half the longevity that "Like a Prayer" has seen. It's what, more or less, spawned critics' declaration that Madonna was the high priestess of reinvention. It's amazing that a number about so many heavy things -- religious guilt compounded by one's devotion to God, mixed with the ideal of doing the right thing and, of course, the thrust of sexual pleasure -- doesn't (and really never did) carry the burden of being an Important Song. Instead, we love it for its dance mandate, its gospel strain and the passion that Madonna's vocals embody. "Like a Prayer" is indeed a pop-music prayer, answered for the ages.