Madonna is busting out of her bustier on one of the December covers of Interview and all together freeing the nipple inside the pages of the magazine.

The 56-year-old pop star held nothing back as she got real with magician David Blaine about everything from art and death to drugs. The three different covers and a series of boudoir shots were shot by photographers Mert Alas and Marcus Piggott.

During their chat, Blaine called the singer's new song ("Devil Prays") off her forthcoming album "fucking amazing" and wonders why it's all about drugs, because "it's not like [she was] using drugs."

Madonna wasn't coy about her past drug use telling the magician, she's tried everything once, and explained the song is about "how people take drugs to connect to God or to a higher level of consciousness."

"I keep saying, 'Plugging into the matrix.' If you get high, you can do that, which is why a lot of people drop acid or do drugs, because they want to get closer to God," she told Blaine. "But there's going to be a short circuit, and that's the illusion of drugs, because they give you the illusion of getting closer to God, but ultimately they kill you. They destroy you. I mean, I tried everything once, but as soon as I was high, I spent my time drinking tons of water to get it out of my system. As soon as I was high, I was obsessed with flushing it out of me. [Blaine laughs] I was like, 'Okay, I'm done now.'"

WARNING: THE IMAGE BELOW IS NSFW. CLICK HERE TO REVEAL IT 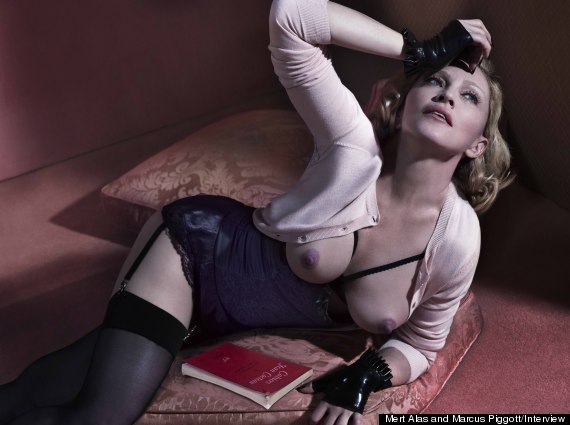 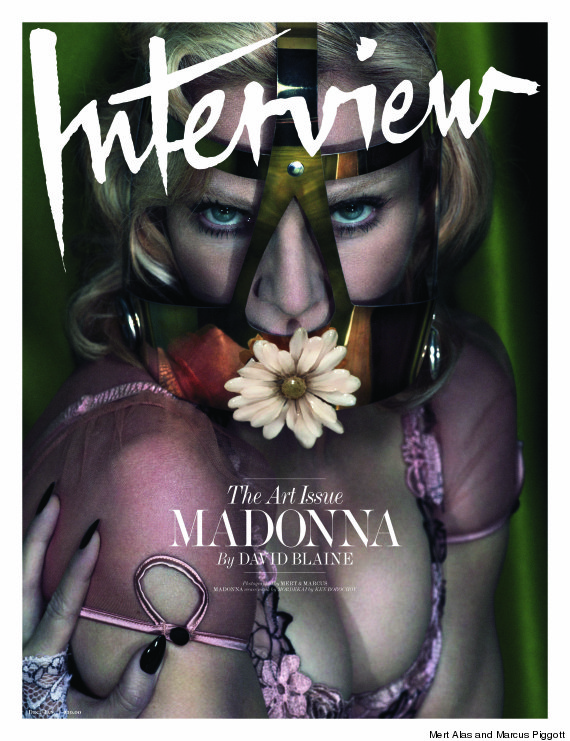 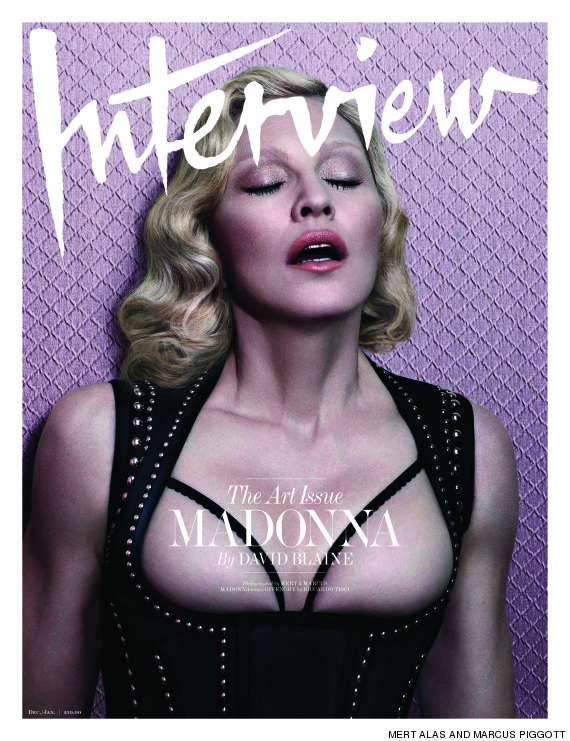 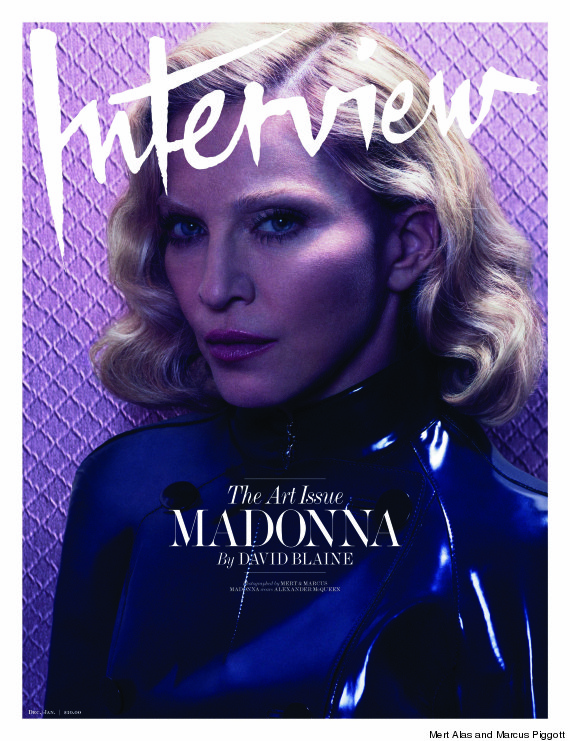 For more with Madonna, head over to Interview.

Madonna Poses Topless For Interview, Talks Drug Use
Madonna's Wildest Moments
1 / 30
30. A simple declaration "to rule the world"
<em>Jan. 14, 1984</em> We first met Madonna in 1982, but it was by 1984 that she was a household name. When Dick Clark called her over following her "American Bandstand" performance that same year, the host asked her what her dreams are, to which she responded, "To rule the world." There's proof dreams do true.
YouTube