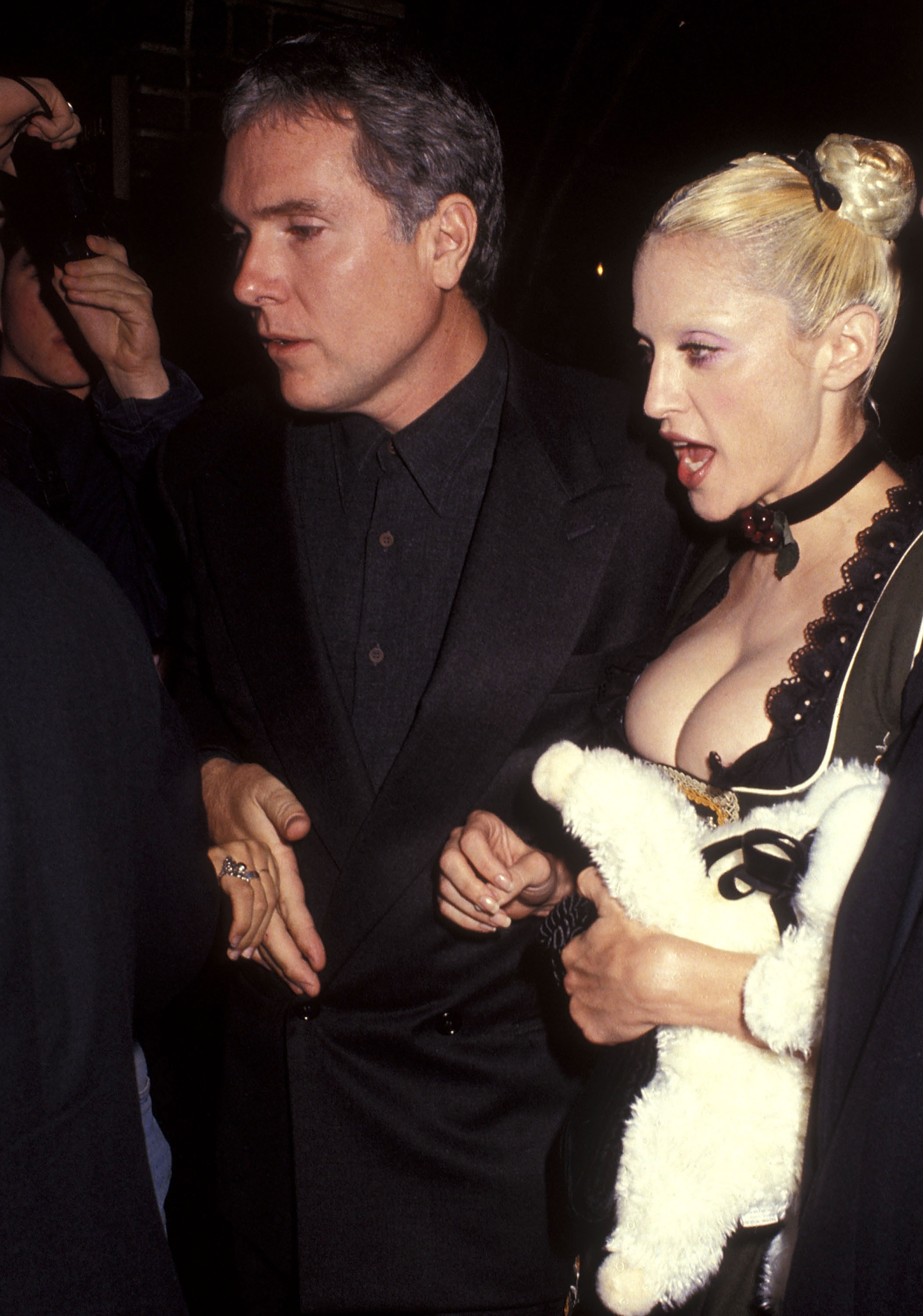 Tuning into MTV and MTV NEWS "Day in Rock" was my seventh grade afternoon ritual. When it came to important information, Kurt Loder was my Anderson Cooper. On that particular day, dressed in a khaki sport coat (a drastic departure from his uniform black sport jacket), Kurt introduced Madonna's publishing phenomenon, which would be released simultaneously with the album Erotica. The double sonic boom created mass movement -- put on some clothes, get into your car and drive to the mall to get a glimpse of what happens inside Madonna's bedroom for $49.99. Within 10 days, 500,000 copies had been sold. The rush was on. And unless you lived in New York or Los Angeles (which we did not), you were going to have a hard time getting your hands on it.  Walden Books: Sold Out. Tower Records: Sold Out. Sam Goody: Sold Out. Madonna had tapped society's curiosity to redefine what sex looked like and who you could have it with. In Kurt's words SEX was: "The aluminum bound, mylar sealed collection of pictures depicting Madonna in various states of undress having fantasy sexual encounters with similarly scantily clad persons of various sexes and races often in an S+M environment."  You can imagine my surprise when three days later, I found the book in my mother's closet when looking for the iron.

First question: How was this is my mother's closet?

More importantly: Why was it bookmarked to Naomi Campbell's face between Madonna's legs in a pool?

The book was heavy and the pages were dry. I sat on the edge of the bed and combed through like a wide-eyed sponge. "My name is Dita. I'll teach you how to fuck." Oh, shit. Wait -- is that Vanilla Ice? Ten minutes in, I heard my mother's keys in the front door. I had 30 seconds to slip Madonna back into mylar and return her to the closet behind the iron. In that moment, I decided to tell no one about my discovery. Not because I felt guilty to have read it, but because it was my mother who had the book and I wasn't sure what that meant.

One week later while in my room taping songs off of 95.5 WBRU for a mixtape to take to my dad's house the following day, my mother came in.

"Honey, come into the living room," she said.

It sounded important and I was nervous.

"We need to talk," she said sternly.

I'd been found out. The jig was up. She knew I read the book. I must have put it back into the cover backwards.

"Just come into the living room," she insisted.

Yikes. I was in trouble.

The last time I was called into the living room was about six years prior, when she and my dad sat me down on the same beige couch and told me they were getting a divorce.  The only difference was that the coffee table that sat in front of the couch then was now at my dad's house. It was the only thing he wanted in the divorce. The coffee table and me two weeks out of every month. This was negotiated with lawyers and a few night sessions at our family dining table, I was currently in perfect view of.

My mother was nervous and took deep breaths which threw me.

This wasn't about finding the book.

"What?" I was confused by what was happening.

"Since I think my whole life."

"Kate? Were you gay with Kate?" I asked, referring to my mother's best friend, whom for years, we spent most nights and weekends with until one day without warning she was never heard from again.

"Okay..." I said trying to process the whole thing.

"Honey, I've been gay for a long time. I need to live my truth."

The word "truth" triggered a few sudden, yet illuminating flashbacks. One of Blockbuster calling the house to tell us that we were three weeks late returning Madonna's Truth or Dare documentary, which I never remembered renting or being allowed to watch. Another from two summers prior, while doing the laundry I found a brand new concert t-shirt from Madonna's Blonde Ambition tour mixed in with the socks. I promptly marched into my mother's home office and held the t-shirt in the air for questioning:

"Did you go to a Madonna concert?" I asked, upset that I wasn't invited.

The riddle was clear.

My mother is going to secret Madonna concerts. She's renting Truth or Dare. She's the one person in Rhode Island who has a copy of SEX. She's calling Madonna her "dream girl" and having sleep overs with her best girlfriend for all these years. How did I not figure this out sooner?

As the holidays approached, the frenzy for SEX continued as I tried to process what was happening at home. We were about to embark on a journey that would be my mother's new found gayness in a '90s world. It was all a little much for my twelve year old self to handle and I was unsure. The only thing that felt certain was that everyone in America wanted to sleep with Madonna...including my mother.