We've been anxious to see what the Queen of Pop would wear for the American release of her movie. While the dresses Madge wore to the European premieres were a bit more understated, like the black and pink L'Wren Scott and the blue gown with Chanel leather gloves for a photocall, you just never know what's going to happen when you've got one of the world's most famous faces in front of the camera.

Let's just say she didn't disappoint. Madonna opted for full-on red carpet drama in a sheer black Marchesa gown with a lace and sequin encrusted bodice and gravity-defying ruffles on the sleeves.

Whoa. That's a lot of dress.

All she needs is a super long train on that thing and she'll be ready for the Met Costume Ball... oh, nevermind, she has one. Done!

Check out Madonna's frock below, in addition to some other fashion A-listers in attendance, including Crystal Renn, Donna Karan and Irina Shayk. What do you think? 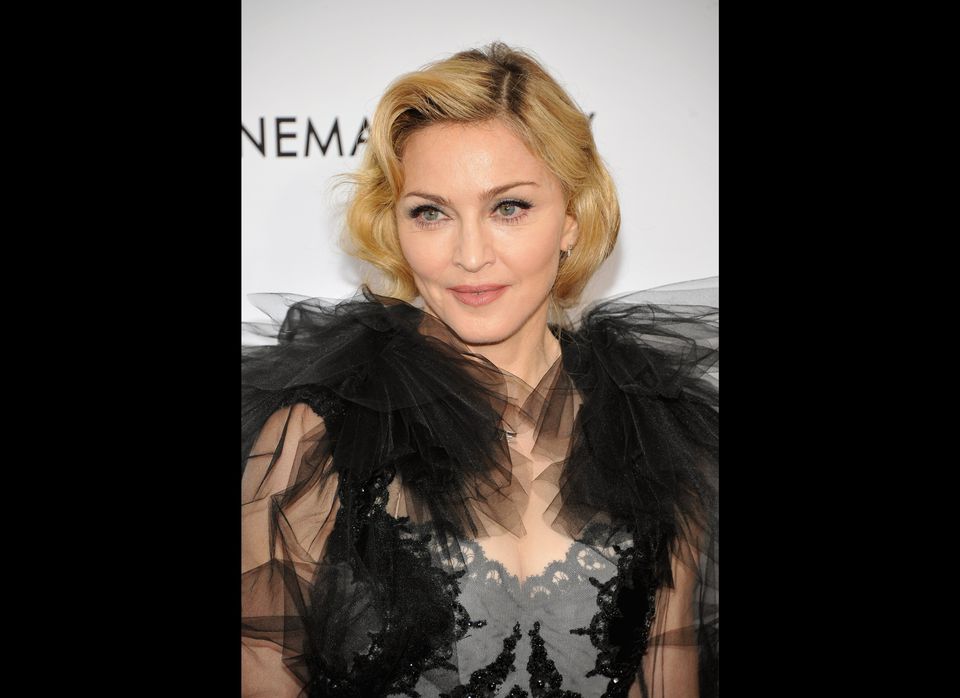