Venezuelan President Nicolas Maduro has carried the torch from his predecessor Hugo Chavez with zeal, regularly denouncing the politics and culture of the United States. It comes as little surprise, then, that Maduro would have a peculiar explanation of what lies at the root of violence in Venezuela:

Maduro made his bizarre claim in the Bolivian daily La Opinión on Wednesday, telling the newspaper he saw a distinct correlation between youth violence and superhero idolization, a connection he said contributed to a "factory of antivalues."

"This kid, at 14 years old, carries a 9mm with a mind filled by thousands of hours of shows where people are killed," the Bolivarian leader told the paper, according to a HuffPost translation.

"I start to think how many thousands of hours of violence that kid will have consumed, in the end, stimulated by consumerism and violence when he grabs a 9 mm and goes to kill," Maduro added.

The Venezuelan president said he made the connection this week after watching the film Spider-Man 3 with his wife:

That's the trouble, from the beginning until the end there are more and more dead. And that's one of the series small children love most... because it's attractive, it's from comics that are attractive, the figure, the colors and movements... so much so that we finished watching it at four in the morning.

Agence France Presses notes a recent wave of violence has made Venezuela one of the most violent countries in Latin America. According to government statistics, more than 16,000 murders were recorded in the nation in 2012, with another 3,400 in the first quarter of 2013.

For another world leader, such a public pronouncement might seem odd. But not for Maduro. As AFP explains, the outspoken president often uses popular culture to make a political point. In May, he ordered state TV to broadcast "Malcolm X" after he met a man he said physically resembled the African American activist. Maduro also ordered the broadcast of "The Terminal" while Edward Snowden was stranded in Moscow's airport before Russia granted the former National Security Agency contractor asylum. 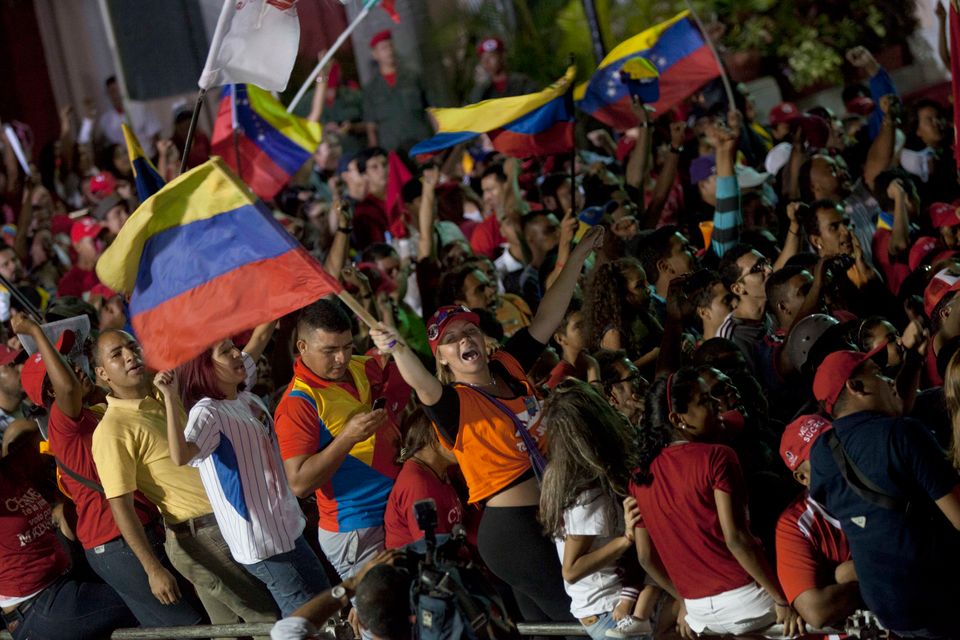