Chicago is breeding a Batkid of its own, but this time, it's in the form of a green, fire-breathing dragon named, "Madzilla."

The Illinois Make-A-Wish foundation received a request from Maddex, a 5-year-old Godzilla fan who has leukemia, according to Chicago Tribune. Maddex, who has loved the "Godzilla" movies ever since he watched the original Japanese version at just 18 months old, wished to star in his own movie as the monster. The charity is currently making Maddex's dream a reality, by hiring film crews to create "Madzilla," the movie. 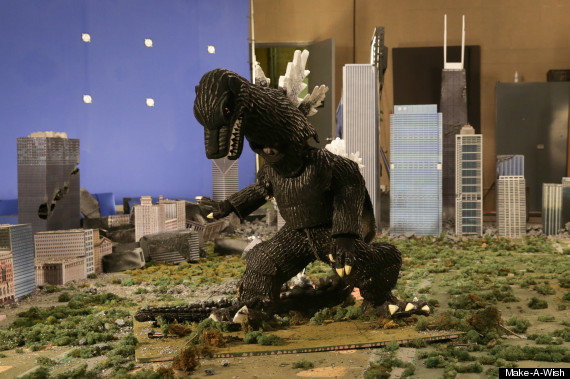 Maddex, in his Madzilla costume, "crushes" a tiny replica of Chicago

With the help of what seems like the entire city of Chicago, Maddex's wish is shaping up to be a big hit. The film features action-packed scenes and big stars, including iconic football coach Mike Ditka as mayor of Chicago; the real Chicago Mayor Rahm Emanuel as a taxi driver; and the host of "48 Hours," Maureen Maher, as a news reporter, according to the Tribune. More than 100 actors and extras showed up to be "destroyed" by the mighty Madzilla, ABC7 Chicago reported. 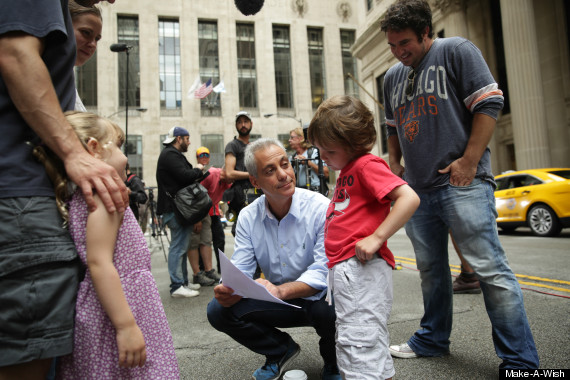 Rahm Emanuel on the set of "Madzilla"

Not only did Maddex star in his motion picture, the little movie star also got to direct hordes of screaming extras running from the beast, ABC7 reported. 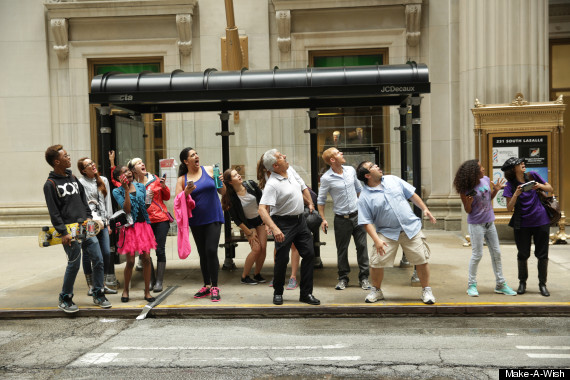 Civilians reacting to the "beast" 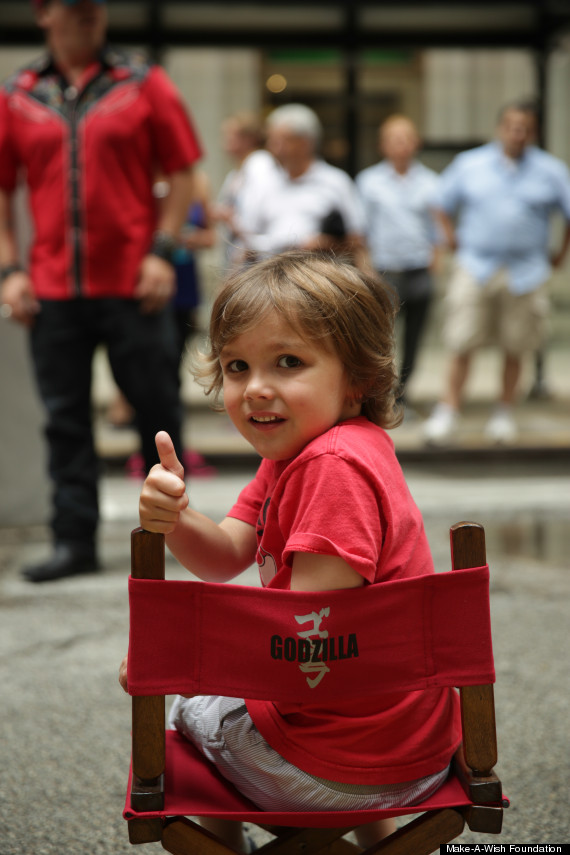 Maddex in the director's seat

Maddex was diagnosed with leukemia a year ago, and still has around 18 months of painful and tiring treatments to undergo, according to Chicago Tribune. While his parents have been worried that his first memories will be of his treatments, his mother told the outlet that she hopes "Madzilla" will change that, and live on as a happy "prevalent" memory in his head.