When Mae Whitman dropped by HuffPost Live on Friday to discuss her new film "The DUFF," she confirmed what we've all known for a long time: "Parenthood" is the source of many, many tears.

Whitman explained just how emotional the cast got during the final days on set of the NBC series, which came to a close in January.

"The magic that we were making and the stories we were telling and the ways we were all helping each other grow was so beautiful, and I mean, every time one of us was wrapping -- I've never cried so much in my life. I had to sleep for like four days afterwards because my eyes were just, like, bleeding at the point of no return at that point. It's really painful," Whitman said.

But the sadness is eased by the knowledge that she'll continue to hang out with the Braverman clan.

"Lauren Graham is my best friend, and Dax [Shepard] is my family, and Miles [Heizer], who plays my brother, he's my roommate, he lives with me in real life," Whitman said. "We bonded in this way that is so unlike anything I've ever experienced."

Whitman added that she's willing to share the love of Graham -- to an extent. When host Caitlyn Becker asked about Graham's other high-profile TV daughter, her "Gilmore Girls" co-star, Alexis Bledel, Whitman shared a fun bit she and Graham have developed about one another's various fictional families:

We do have a funny thing where we get really jealous about each other's parents and children. I'll be like, "Oh, I saw Alexis called. That's cool. How is she? She's well? Oh, that's nice." And she'll be like, "Yeah, I saw you and Allison Janney [who plays Whitman's mom in 'The DUFF'] had a drink the other night." And I'm like, "Yeah, it was great. She says hello." We have this sort of fake jealous thing.

'Parenthood' May Be Over, But Mae Whitman And Lauren Graham Are Best Friends Forever
10 Great Things That Happened On Parenthood Last Season 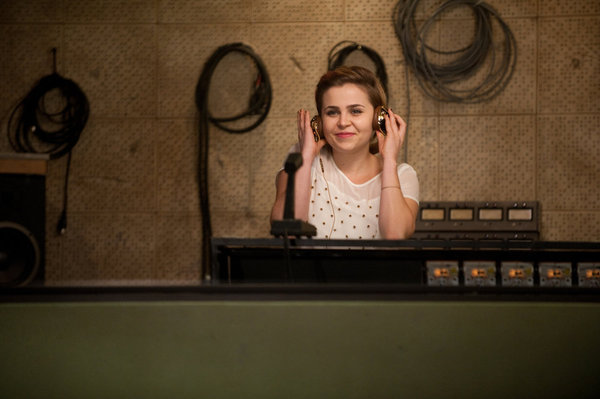 1 / 10
Amber found a job she was really passionate about.
NBC