Can print magazines survive, thrive and surprise, what with all the existing online, digital and mobile fare?

Absolutely, say media industry experts, adding that those who have declared magazines' demise are off-track.

It may take under-served markets, unique delivery methods or tying print to digital, to enhance both media, they note.

Add a few catchy advertising tricks and you're on a roll. 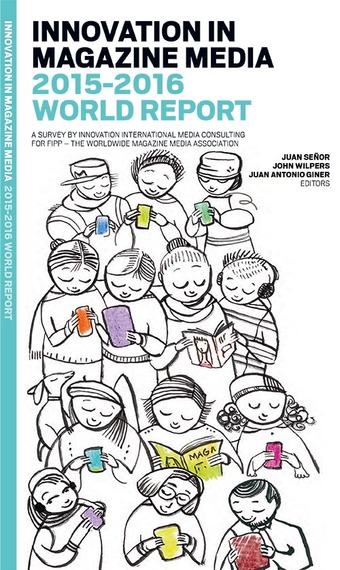 Nivea, the global skin and body care brand, has made a habit of embedding cool and useful gadgets and devices in magazines.

This year's popular item keeps track of children at the beach, according to Innovation in Magazine Media 2015-2016 World Report.

Nivea created a print ad with a tear-off bracelet containing a Bluetooth chip. The bracelet could be wrapped around the wrist of a child and linked to an app, turning the bracelet into a beacon and the app into a radar screen that showed parents exactly where their child was. If the child wandered past a pre-set distance, the app triggered an alarm.

Dubbed "Nivea Sun Kids," the product's sales and place saw a marked rise in the Brazilian market where sun lovers abound, and gave a boost to publications that carried the ad.

Gimmickry aside, the report sheds light on significant trends shaping the magazine industry worldwide with caveats to publishers and editors who may have been sleeping at the wheel.

But all is not lost given initiatives of smart editors, reporters and start-ups who have contributed to the rejuvenation of audio storytelling, multimedia packages, graphic journalism projects to attract younger readers, briefing formats and sophisticated editorial games.

After asking the question "Is the importance of mobile exaggerated?" the authors reply with a resounding "Mobile is driving force of growth."

They name sites like BuzzFeed, Sports Illustrated, People, and All Recipes as examples where between 50 and 75 percent of traffic is coming from mobile devices.

The report's authors also provide a handy graphic on how to measure mobile user engagement, courtesy of the American Press Institute.

It lists contributing content from mobile devices, comments, sharing, time and amount spent on content, and cross-platform interaction, to name a few methods.

Which takes us to the importance of video and how it is "the dominant format for both content and advertising today and in the foreseeable future."

With growing mobile video viewing, it's only natural for advertising to be jostling for attention with online news or entertainment content.

"Fully 75 percent of brand marketers and ad agencies say digital video will become as essential to their business as TV advertising in the next three to five years, according to the Interactive Advertising Bureau (IAB)," the report said. 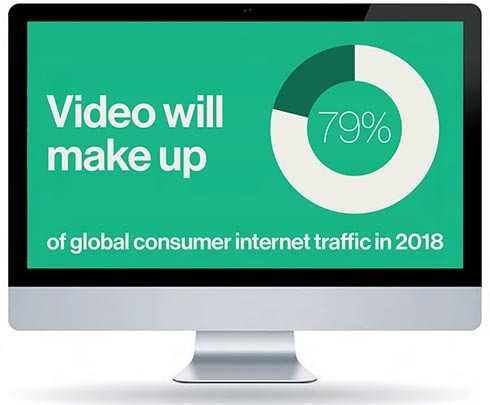 The authors further point to rules for success in mobile advertising.

Among others, they include locations and contextual relevance, simplicity and functionality, responsiveness, social media support, helping consumers make their purchases, things to download, and rewards. 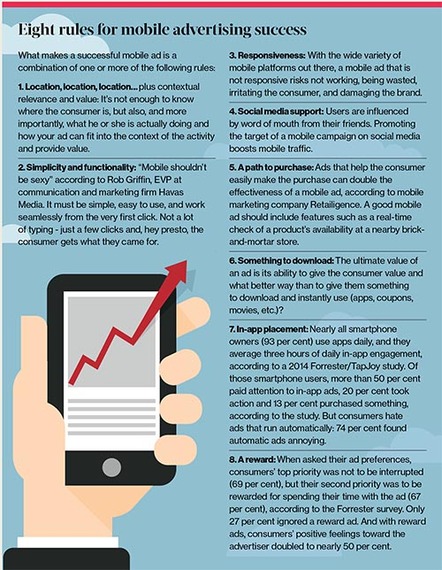 But there's also the worry about digital advertising fraud, which often leads media and advertisers to fall prey to hackers who infect computers with misleading information about website traffic, readership figures and ad viewership.

To mitigate the spreading danger of advertising fraud, the authors offer strategies to detect and prevent it. 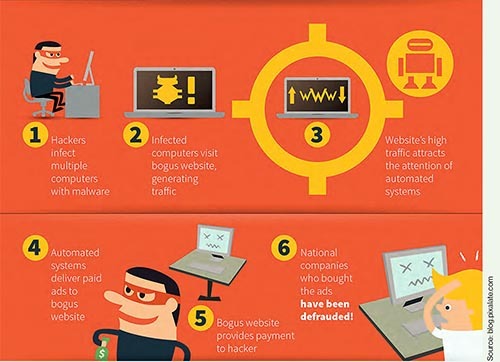 They include third-party traffic validation technology, being aware and involved, communicating about "bots" effectively and budgeting for security.

Bots are very sophisticated software programs often installed on a consumer's computer through seemingly innocent means (e.g., offers of free stuff if the consumer will click on an ad, fill out a form, or download a toolbar or browser extension). Those "bots" then "click" on ads or run videos silently in the background (behind the consumer's active web browser screen or even invisibly). The consumers have no idea what's going on, other than perhaps noticing that their computer might be running a bit more slowly. The advertisers and publishers think they're getting real human interactions. More sophisticated bots can collect consumer's "cookies" (the URLs of websites they've previously visited or ads they've clicked). Those bots then appear to be "qualified leads" in the eyes of publishers and advertisers who think the ad campaigns are working.

So where does all that leave magazines and publishers and what else will they conjure up to attract readers?

Publishers have resorted to printing on paper towels, banana skins and coffee cups.

Imagine this: "Mexican free newspaper Mas Por Mas built paper towel dispensers equipped with water-proof ink printers and connected via wifi to the paper's content feed. Every time a visitor reached for a paper towel, the printer would deliver 'minute-by-minute' breaking news plus a QR code readers could use to access the paper's website for more details." 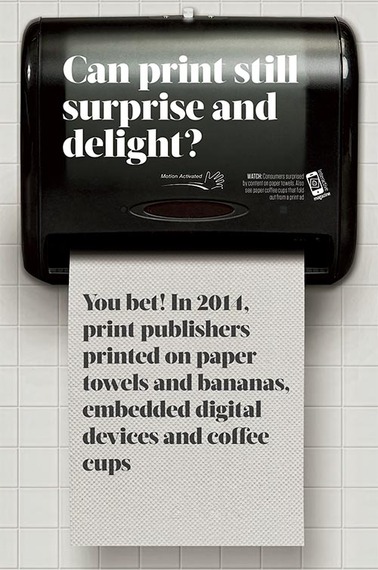