Get ready to run to your nearest drugstore and stock up on Kleenex. The sensational Maggie Szabo just released her single "Smile" today and it is sure to hit home for people trying to get over an ex. The soulful Canadian singer is connecting with fans all across the globe for her sweet voice and honesty in her lyrics. Infamous blogger Perez Hilton even pegged Szabo as the next big star in the pop world.

The singer honed her craft over the years. She immediately moved to Nashville after graduating high school to focus on becoming the best artist she could be. Since then, she has gained an enormous following on YouTube. Now living in Los Angeles, Szabo has her eyes on the prize to conquer the airwaves in the United States. 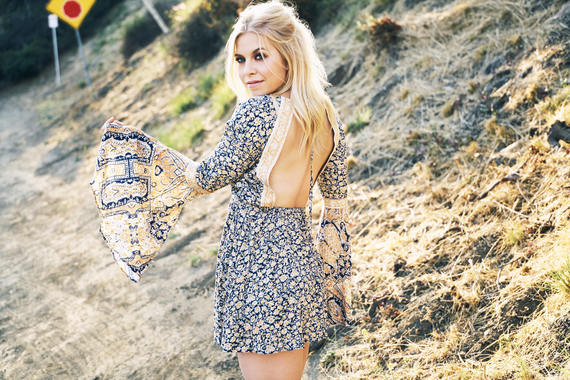 In an exclusive interview, Maggie Szabo told me what inspired her to write the song. "'Smile' is a song I wrote on the beautiful island of Santorini in Greece at the legendary Black Rock Recording Studio. This song was inspired by someone I was in love with for a very long time, but it was a relationship that just couldn't work. I remember wishing I could delete the memories from my brain so I could just move on with my life, but unfortunately it wasn't that easy. I had to face the fact that there wasn't some magical cure, or a simple solution to get over someone; the only thing that I could do is let time do its work. That's what 'Smile' is about," she said.

Maggie Szabo's bravery connects with music lovers on a very fundamental level. We all know what it is like to lose someone that was once important to us. Being able to express the feeling of grief and sadness is not the easiest task in the world. Szabo delivers dynamite vocals in "Smile" to capture a realistic slice of life that we are familiar with.