McConaughey pulls a Chippendales-inspired Uncle Sam in this first photo from Steven Soderberg's "Magic Mike," a film about male strippers in which he stars as the strip club owner, Dallas. Alex Pettyfer and Channing Tatum, who can be seen dressed in military casuals in the forefront, are the two leads in this film, which is based on Tatum's year on the pole before he began his acting career.

Joe Manganiello, who can also be seen in the picture, has a supporting role, as does Matt Bomer. Manganiello, who is best known for his work on "True Blood," told the LA Times a few months ago that he had a compelling anatomic reason for taking the part.

"Big Dick Richie? That's the reason to do it. There's definitely a scene that will answer those questions," he said.

Olivia Munn is the lucky lady who got to play the Hollywood gender role reversal and hang out amongst the stripping men. But she shouldn't gush about it to Camila Alves -- McConaughey and his longtime girlfriend were engaged this weekend. 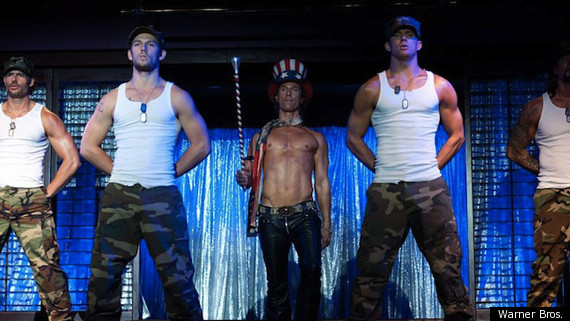 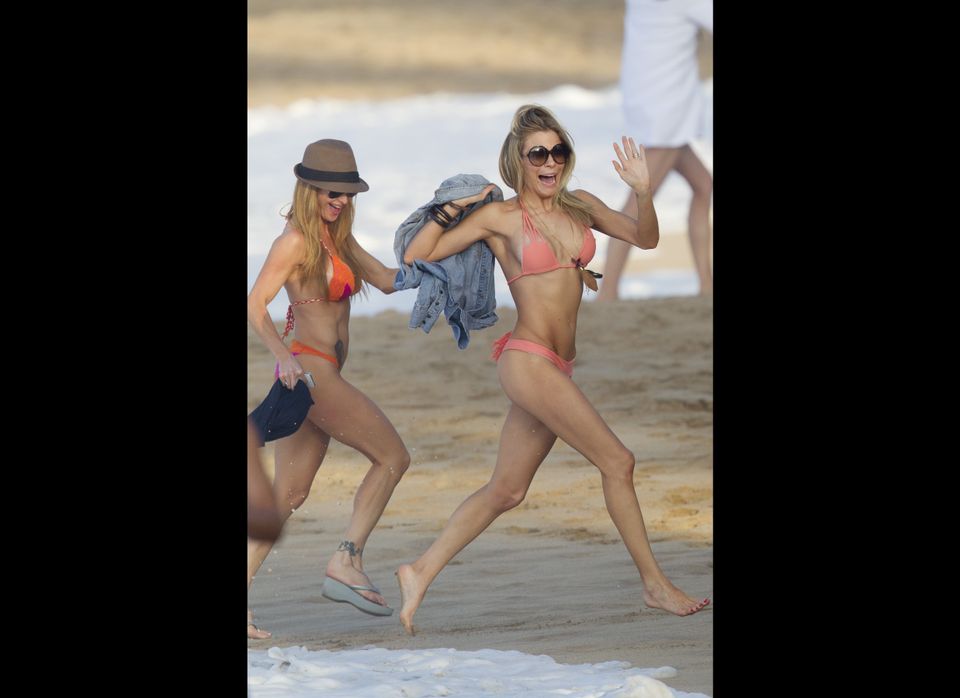