Netflix and Scholastic Media announced Wednesday they will join forces to launch a new series for kids, based on the award-winning '90s hit “The Magic School Bus.”

The original series featured a wacky schoolteacher, Ms. Frizzle, who brought her students on fantastical, yet educational, adventures on her unique school bus. Based on a series of children’s books, “The Magic School Bus” first aired on TV in 1994.

The new show, titled “The Magic School Bus 360°," will be a CGI re-imagining of the original series. The reboot will feature a modernized Ms. Frizzle and her class, along with a new bus equipped with some inventive and high-tech equipment to help a new generation of kids explore the world of science. The 26 new episodes will be available to stream on Netflix in 2016.

Netflix Chief Content Officer Ted Sarandos told The New York Times that since the original show hit Netflix in August of 2013, it's become the streaming service's most popular educational show.

Take a look at the concept art for the new series below, courtesy of Scholastic Media. 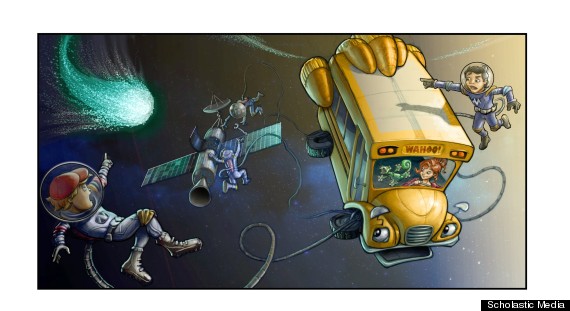