For most magicians, getting out of a straitjacket marks a right of passage. But for one Toronto trickster, remaining in one for 14 days could be his career-defining moment.

On Tuesday, Mark Correia, 18, got strapped into a straitjacket on the set of Global News' "The Morning Show," and plans on remaining in the contraption for two full weeks before attempting his escape. Correia, a diehard Michael J. Fox fan, decided to spend time in the confining piece of clothing in order to raise funds and awareness for Parkinson’s disease -- the neurodegenerative disorder his favorite actor was diagnosed with in 1991.

"The straitjacket is a great metaphor," Correia told the Canadian Press. 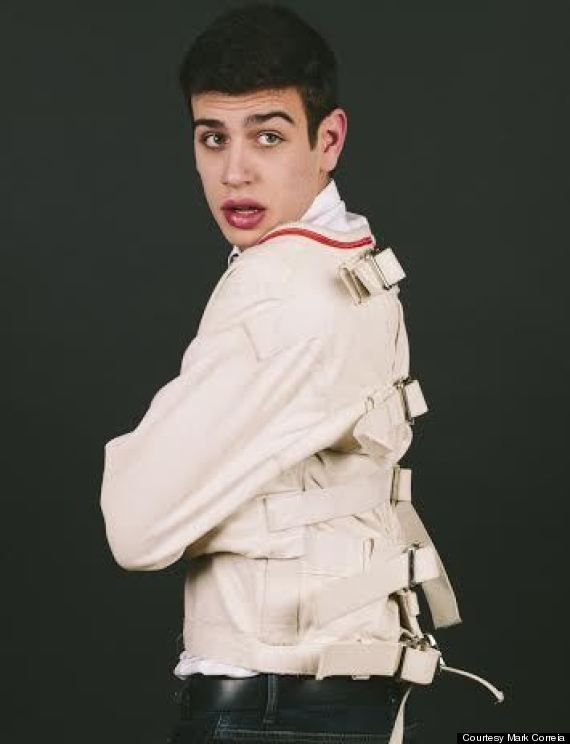 In the U.S., 60,000 people will be diagnosed with the disease this year alone. Five million people worldwide are living with Parkinson’s, a progressive disorder that affects vital neurons in the brain, leaving people unable to control movement normally, according to the Michael J. Fox Foundation for Parkinson’s Research.

Though he’s severely restricted, Correia is working on devising ways to still perform his day-to-day tasks -- including cooking and playing video games -- and he is documenting his every move, according to the Canadian Press. The one thing he said he can't pull off, though, is taking a bath.

The determined magician has set a goal of raising $25,000 for the Michael J. Fox Foundation for Parkinson's Research and has already raised nearly $8,000.

Correia hopes his endeavor will bring the community closer to finding a cure.

"Wouldn’t it be incredible if we were one step closer to escaping Parkinson's?" he said in his video explaining his mission.

Yes, it certainly would be.

Find out how you can get involved in Correia's "Escaping Parkinson's" project here.

1 / 9
5 Guys Shot With 21,000 Paintballs For Charity
21,000 children die per day due to poverty. Matt Jones, managing director of Poverty Resolutions, got four friends together to demonstrate the enormity of that figure by enduring 21,000 paintball hits. <a href="https://www.huffpost.com/entry/5-guys-shot-with-21000-pa_b_1756431" target="_hplink"><em>Read more about their project here.</em></a>
Shane Conwell