The giant "supervolcano" that lies beneath Yellowstone National Park is hiding a deep secret: a massive chamber containing enough hot, partly molten rock to fill the Grand Canyon more than 11 times over.

The newfound chamber (see below) sits 12 to 28 miles beneath the supervolcano and is four times bigger than a shallower chamber above it that scientists already knew about.

“For the first time, we have imaged the continuous volcanic plumbing system under Yellowstone,” Dr. Hsin-Hua Huang, a postdoctoral researcher in geology and geophysics at the University of Utah and a member of the team of seismologists who discovered the vast chamber, said in a written statement. “That includes the upper crustal magma chamber we have seen previously plus a lower crustal magma reservoir that has never been imaged before and that connects the upper chamber to the Yellowstone hotspot plume below.” 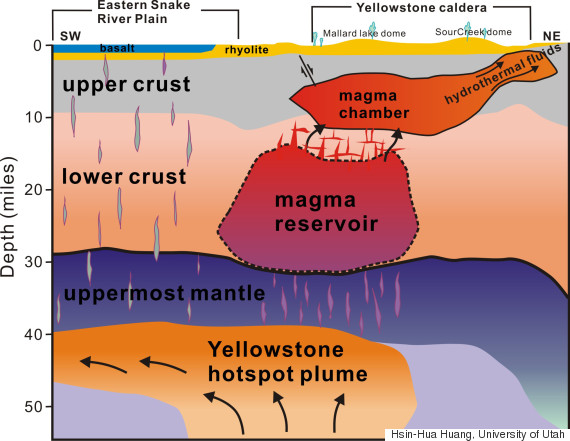 Rare eruptions. Is all of this magma something to worry about? The researchers said in the statement that the discovery doesn't mean pockets of magma are growing larger -- or that the supervolcano is about to erupt. The chance of a supervolcano eruption happening in any given year is 1 in 700,000, and the last major eruption was 640,000 years ago.

“Every additional thing we learn about the Yellowstone volcanic system is one more piece in the puzzle, and that gets us closer to really understanding how the volcanic system works,” Dr. Fan-Chi Lin, an assistant professor of geology and geophysics at the university and another member of the research team, told Smithsonian. “If we could better understand the transport properties of magmatic fluids, we could get a better understanding of the timing and, therefore, where we are in the volcanic cycle.”

Earthquake data. The researchers used instruments called seismometers to measure the seismic waves generated by earthquakes in order to determine the type of rocky material deep beneath Yellowstone. The researchers examined data from quakes in Utah, Idaho, the Teton Range, and Yellowstone itself as well as data from distant temblors.

"To be able to image lower crustal structure, we needed to combine a huge amount of observations from both distant earthquakes and local earthquakes," Dr. Jamie Farrell, a postdoctoral researcher at the university and another member of the team, told Live Science. "Our study opens up many new directions and future opportunities in volcano research... For example, it will be interesting to see if the existence of the lower crustal magma reservoir is a common feature for all the volcanic systems around the globe."

The study was published online in the journal Science on April 23, 2015.

What else is hidden beneath our feet inside Earth? Check out the "Talk Nerdy To Me" video below. 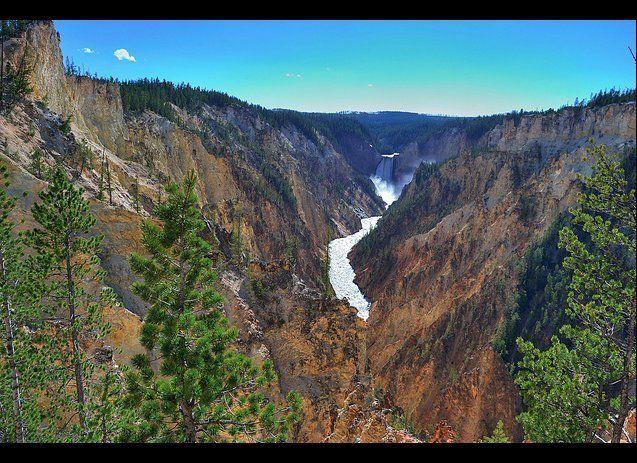