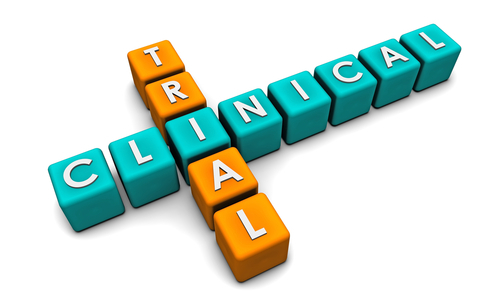 Neil de Grasse Tyson is the quintessential nerd celebrity. He is a brilliant astrophysicist who is comfortable mixing it up with Bill Maher. He always says something that makes me think. Last night, he was discussing the Big Bang with Mr. Maher who was being playfully skeptical of the idea that our whole universe was once small enough to fit on the head of a pin, "I am not sure I believe that," Bill said. Mr. Tyson went on to explain that belief has nothing to do with it, and that science has no obligation to make sense to us or make us comfortable. It just has to be true and verifiable. On a separate occasion, one of the scientist's pithy comments answered the question, "What do you call Alternative Medicine that survives a double-blind laboratory test?" His answer: "Regular Medicine."

I agree with this. But there is a second question. Who will pay for the double-blind study? Earlier in the evening I was at a graduation party. Living in a MIT/Harvard bedroom community, it is no surprise that the two people I was chatting with happened to be medical researchers. I told them about something medical I have been thinking about for personal reasons. They shared with me just how difficult it would be to try to prove it... because of funding.

I suffer from Dupuytren's Disease. It is a benign but crippling disease of the hands that causes fingers to contract for unknown reasons. As it progresses, the contractures become permanent. I have already had two surgeries and been treated with radiation only to have the contractures reappear and progress even more aggressively. As my contractures were exceeding 35 degrees and approaching 60 degrees, I needed to seriously consider a more aggressive surgery.

As this was happening, I was also having some minor GI complaints and was wandering in the magnesium aisle of a health food store. Thinking nothing of my Dupuytren's contractures, I decided to try a magnesium supplement. I am sure that you know where this is going. The supplement had its usual GI effects but within three weeks the nodules in my hands that led to the contractures had softened and my fingers were straightening out. One hand, which was verified by two physicians to be contracted more than 30 degrees, was now entirely straight. Despite the supplementation, a red blood cell test still showed a cellular magnesium level below normal limits indicating just how low it must have been.

Dupuytren's is frequently found in patients with diabetes. One European study determined it was present in 14% of patients with both type 1 and type 2 diabetes. It is also known that at least 13.5-47.7% of diabetics have low magnesium. This study also noted, "Despite numerous reports linking hypomagnesemia to chronic diabetic complications, attention to this issue is poor among clinicians." Dupuytren's Disease is also extremely high in patients with alcoholism and liver disease. This population is also well known to be low in magnesium.

Association is not causation, but it turns out that a lot of people have been implicating low magnesium in many diseases for some time. And while some scientists may dismiss blog sites and popular books, it doesn't necessarily mean that the writers are wrong. The only way to move from anecdotal to scientific is by careful double-blinded studies, and that takes money.

Will the much-neglected orphan, Dupuytren's Disease, turn out to be the canary in the mine for a much larger problem of insufficient magnesium in our diet? Only time and some good well-controlled studies will tell. But in the meantime, I am going to continue my magnesium supplementation.