BLAGOVESHCHENSK, Russia, April 12 (Reuters) - The forthcoming publication of a list of Russians barred from the United States over alleged human rights abuses will severely strain relations, President Vladimir Putin's spokesman said on Friday, but he also sought to limit the damage.

"The appearance of any lists will doubtless have a very negative effect on bilateral Russian-American relations," Putin's spokesman Dmitry Peskov told reporters while accompanying Putin on a trip to eastern Siberia.

"At the same time, these bilateral relations are very multifaceted, and even under the burden of such possible negative manifestations ... they still have many prospects for further development and growth."

President Barack Obama must submit to U.S. lawmakers by Saturday a list of Russians to be barred entry to the United States under a law penalising Moscow for alleged human rights abuses. Their assets in the United States will also be frozen.

The Magnitsky Act is named after Sergei Magnitsky, a lawyer who died in a Moscow jail in 2009 while awaiting trial on tax evasion charges. Relatives and former colleagues say he was jailed by the same officials he had accused of stealing $230 million from the state through fraudulent tax rebates.

His death underscored the dangers of challenging the Russian state and deepened Western concerns about human rights and the rule of law in Russia.

Passage of the Magnitsky Act in December added to tension in ties already strained by disagreement over issues ranging from the conflict in Syria to Russia's treatment of Kremlin critics and Western-funded non-governmental organisations since Putin returned to the Kremlin for a six-year term last May.

Moscow has warned it will respond to a U.S. list by naming Americans barred from Russia under retaliatory legislation signed by Putin, and the spat threatens to cast a shadow over a visit to Russia by Obama's national security adviser Tom Donilon, who is to hold high-level talks in Moscow on Monday.

"We will not rush ahead of the Americans in terms of the number of individuals who will be included on our list, but we will respond in parity," Ryabkov said, according to state-run news agency Itar-Tass.

Peskov's comments appeared aimed to signal that Russia wants to limit the impact of the dispute, and suggested Russia was leaving the door open to progress in resolving a standoff over an anti-missile shield, which the United States is deploying in Europe with cooperation from NATO.

A U.S. decision to scrap plans for a new interceptor missile that would have been deployed in Europe could help address Russia's complaint that the shield would threaten its security, and missile defence is to be discussed at Donilon's talks. 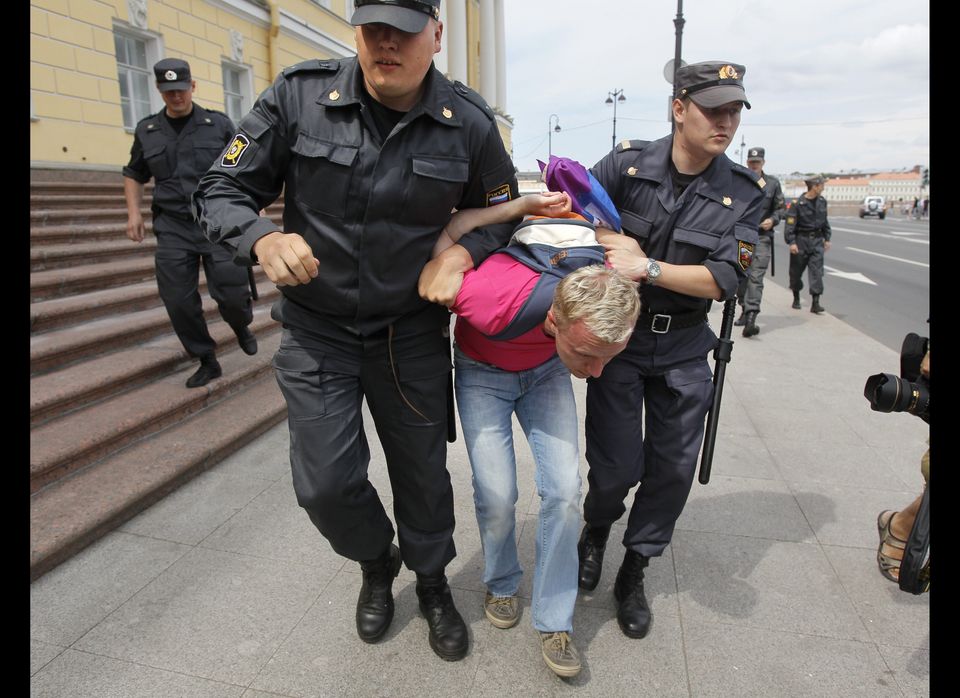