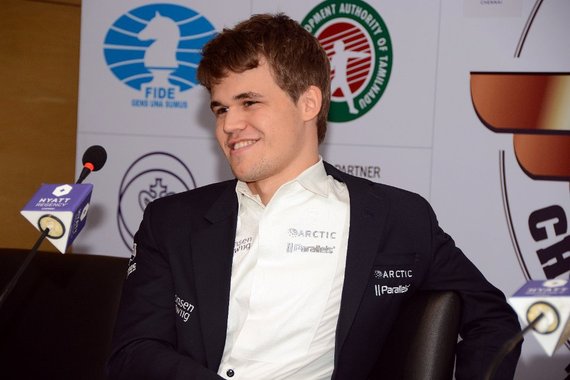 Magnus Carlsen is the new world chess champion, having defeated the titleholder Vishy Anand of India in 10 games with the score 6.5-3.5. The FIDE World Championship match finished Friday in the Indian city of Chennai. The 22-year old Norwegian grandmaster has now won everything there is to win in chess.

Carlsen was undefeated, winning three games and drawing seven. Anand, 43, admitted that he was not able to execute his match strategy. In 2000, Kasparov also lost the world title to Vladimir Kramnik without winning a single game.

At the beginning Carlsen seemed slightly nervous playing the most important match in his career, but during the Games Three and Four he sensed that Anand could be vulnerable. "I started to settle in," Carlsen said. "I was able to play to my strength."

Anand lost the next two games with blunders in the rook endgames. Losing Game Five was a big disappointment, the lowest point in the match for him. "My play never got going." A blunder in Game Nine sealed his fate. "When it rains, it pours," Anand described his mistakes. 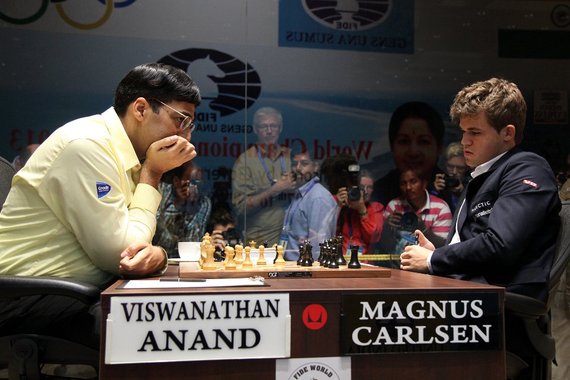 Game Nine was the most dramatic game of the match.

Carlsen likes to put his opponents under continuous pressure. With his relentless play to win, Carlsen "drives his opponents into errors," according to the English grandmaster Jonathan Speelman. "You have to keep pushing," Carlsen said about his play against Anand and added with a smile: "I would like to take some responsibility for his mistakes."

Carlsen managed to limit Anand's computer preparation to minimum. "The games were decided mostly on the chessboard," he said. As we have predicted in one of the previous column, the Berlin defense was played by both players:

The Berlin defense (1.e4 e5 2.Nf3 Nc6 3.Bb5 Nf6) is always a possibility, hovering over any king-pawn player like a sword of Damocles. Both Carlsen and Anand are capable of using it. It was played in the first world championship match William Steinitz and Johannes Zukertort in 1886. In 2000, Vladimir Kramnik played the Berlin and ended Garry Kasparov's world championship reign.

It was the most popular defense, appearing in 30 percent of the games. All three games were drawn.

In the last game Carlsen tried to play solidly without creating any weaknesses. At one point he decided to shut it down and force a draw that gave him the world crown. He did it with a nice knight sacrifice. The shortest decisive world championship match in chess history was over. In 1910, Emanuel Lasker and Carl Schlechter tied their match 5-5.