Twenty years have passed since the signing of the Oslo accords, followed by the famous, but awkward handshake between Arafat and Rabin on the South Lawn of the White House. Palestinians believed then that establishing an independent state in the West Bank and Gaza was within their reach in five years. The "Peace of the Brave," as the late Palestinian leader Yasser Arafat used to refer to it, is now more than two decades overdue.

Things have rapidly deteriorated for Palestinians since Oslo. The West Bank has become a maze of Israeli settlements, with Palestinian towns and villages separated by security check points. The number of Israeli settlers has tripled in the West Bank, and Israel is close to completing its infamous Separation Wall, referred to as the "Apartheid Wall" by Palestinians, dividing Palestinian communities and crippling their economy. The Palestinians have also committed several blunders as well, such as attacking Israeli civilians, inner-fighting that led to Hamas routing Fateh and the Palestinian Authority from Gaza in June of 2007, and corruption by members of the Palestinian Authority. Subsequent attempts to breathe life into what was left of the Oslo accords, such as the Road Map and others, have led to a dead end. 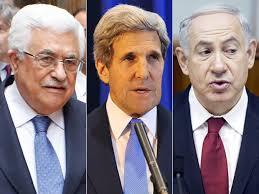 Now, with just a month to go before the deadline expires for reaching a framework that would enable the continuation of a new U.S.-brokered peace initiative spearheaded by U.S. Secretary of State John Kerry, the dream of a contiguous Palestinian state on the territories captured by Israel in 1967, remains elusive. New demands have been imposed on the Palestinian negotiators by Israel's Prime Minister Benjamin Netanyahu that range from Israel's control over the Jordan Valley to demanding that Palestinians recognize Israel as a Jewish state.

With a divided Arab world exhausted by the Arab Spring and split over a proxy war in Syria, Mahmoud Abbas finds himself alone in the unenviable position of having to deliver something tangible to his constituency after twenty years of a chain of disappointments. But the way the negotiations have been unfolding thus far -- the U.S. trying to convince the Palestinians to accept the Israeli terms and conditions -- Abbas' options are very limited. Meanwhile, he is being pressured by all sides, Secretary Kerry from one side and King Abdullah II of Jordan from another side, not to mention the Saudis, the Qataris and others to be flexible with Israel's conditions. It is noteworthy that formally recognizing the Jewish character of the Israeli state was not required of Egypt and Jordan when they signed peace treaties with Israel.

The Palestinian public, both in historic Palestine and the Diaspora, are also apprehensive, and have little faith that this latest round of peace talks will succeed. Many believe that the current Palestinian negotiating team and President Abbas, now four years past the end of his elected term, have not only failed in achieving statehood but in implementing much needed reforms by squandering huge sums of international aid as well. Their worst fear though, is that a weak and desperate Mahmoud Abbas might succumb to all the pressure and recognize Israel as a Jewish state, hence negating the right of return to millions of Palestinians to their ancestral homes.

Abbas has fostered this fear. In 2012, he came under attack by fellow Palestinians after telling an Israeli television channel that he would like to return to his native city of Safed (currently in present day Israel) as a visitor but did not expect to live there. Recently, he told some 300 young Israeli students visiting the West Bank city of Ramallah that he would not "drown Israel with millions of (Palestinian) refugees to change its nature." Abbas also made headlines when he said that he doesn't support the growing boycott, divestment and sanctions (BDS) movement. Many Palestinians believe that Abbas is stuck in the shadows of a twenty-year old fledgling peace agreement and is unable to change tactics or come up with something creative, while the Israeli side has already violated several clauses of the agreement and created facts on the ground. Meanwhile, many other sticky issues remain unresolved: the borders of a Palestinian state, the future of the Jewish settlements in the occupied territories, the status of East Jerusalem, Israel's military presence in the Jordan Valley and Hamas' control over Gaza to name a few, but without reaching a just solution to Palestinian refugees, the talks might never get off to the next stage.

President Abbas has been invited to come to Washington in March, in what seems to be his last hurrah, to meet U.S. President Barack Obama. The meeting, as usual, will take place after Benjamin Netanyahu's own talks with Obama. I cannot remember exactly how many trips Mahmoud Abbas has made to the White House, but there have been plenty, and each time he comes back with Fustok Fadi, empty peanut shells in Arabic. Will this time be any different?