Hugo Chavez had a friend in Iranian President Mahmoud Ahmadinejad, who apparently held the Venezuelan leader in such high regard that he believes he will "return on resurrection day" with Jesus Christ and will "establish peace, justice, and kindness" on earth.

After Chavez's death on Tuesday afternoon, Ahmadinejad released a statement on Wednesday to announce a day of public mourning, according to Iran's Raja News, Ahmadinejad's official news agency. In his message, Ahmadinejad voiced skepticism over Chavez's "suspicious" illness and proclaimed that the 58-year-old will resurrect with Jesus one day.

From The Huffington Post's translation of Ahmadinejad's message:

Venezuela has lost a brave son, and the world has lost a wise and revolutionary leader. ... He took a firm stance against the demands of oppressors and broke down the all their attempts for discord, propaganda and coup d’etats. He was a bridge that connected all justice-seeking leaders in the world. He finally gave his entire life and being to a suspicious illness and with that, he is undoubtedly a true martyr in the path of serving the Venezuelan nation and safeguarding the revolutionary and human values. Although Hugo Chavez, is no longer among us today, I am sure that his innocent spirit has ascended to the heavens and will one day return to us with Jesus Christ and will once again help humankind establish peace, justice and kindness.

In September, Ahmadinejad spoke of this resurrection during the United Nations General Assembly.

"The arrival of the Ultimate Savior will mark a new beginning, a rebirth and a resurrection. It will be the beginning of peace, lasting security, and genuine life," he said, in part. "His arrival will be the end of oppression, immorality, poverty, discrimination, and the beginning of justice, love, and empathy."

Chavez, a Roman Catholic, managed to bond with Ahmadinejad, a Muslim, over their shared disdain for the West.

The Iranian leader visited Venezuela last January, and the two men spoke out against the U.S. and united against imperialism. "One of the targets that Yankee imperialism has in its sights is Iran, which is why we are showing our solidarity," Chavez said, according to the Telegraph. Ahmadinejad added, "Despite those arrogant people who do not wish us to be together, we will unite forever."

Nicolas Maduro, Venezuelan vice president and Chavez's successor, also took issue with the circumstances of Chavez's death. He said the socialist revolutionary's cancer was an attack by "imperialist" enemies, according to Reuters, a claim first made by the late president himself. 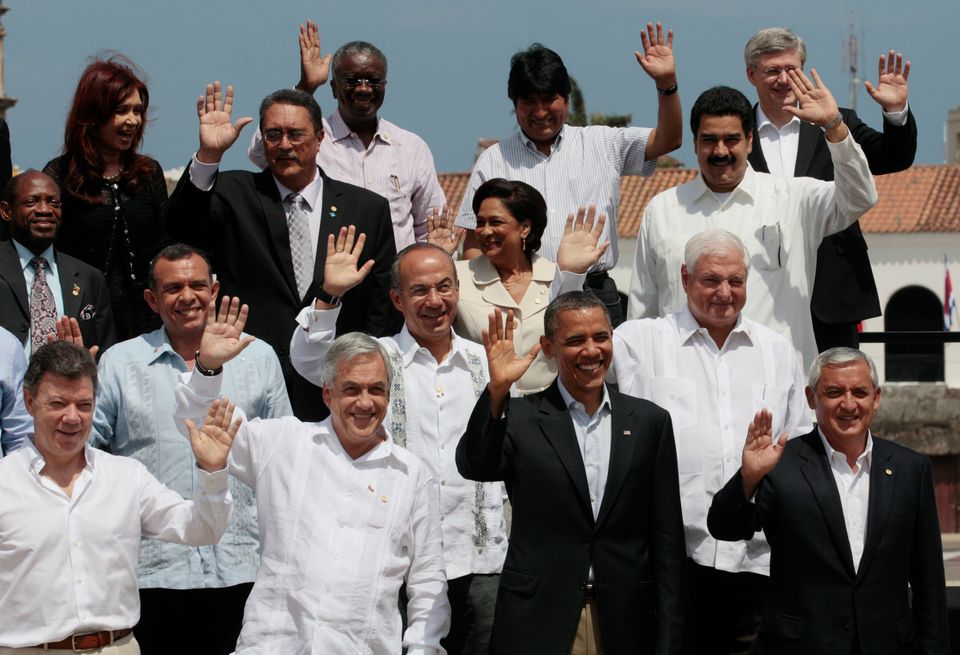