It's hard to imagine that we're still feeling the effects of the last ice age.

A rash of close to 30 small earthquakes on the eastern coast of Maine puzzled scientists during the last day of April and the first few days of May. The explanation, as it turns out, is an after-effect of the last ice age.

"These occur in response to the movement of large, rock plates that make up the earth’s crust, even though Maine is not near a plate boundary, where most of the large events occur, such as California and Japan," Dr. Robert Marvinney said in a press release. "The crust in Maine is still adjusting to the loss of thick ice at the end of the last ice age, and this may be a cause for some earthquakes."

The "swarm" of earthquakes is the result of of the movement of the Laurentide ice sheet 25,000 years ago, according to Wired. The ice, which was 1 to 2 miles thick in some places, apparently pushed the crust down as far as 500 feet.

The result has been a trampoline effect that has occurred over thousands of years. From time to time the region experiences a rash of seismic activity.

"This swarm may continue for several days, but there is no need for alarm," Marvinney said. "This type of swarm has occurred before in Maine. While local residents may feel these earthquakes, because they occur only a few miles below the surface, they are well below the magnitude 5 threshold at which damage might occur."

While no damage may occur, residents still occasionally feel the activity.

May 1 Seismograph (During Activity): 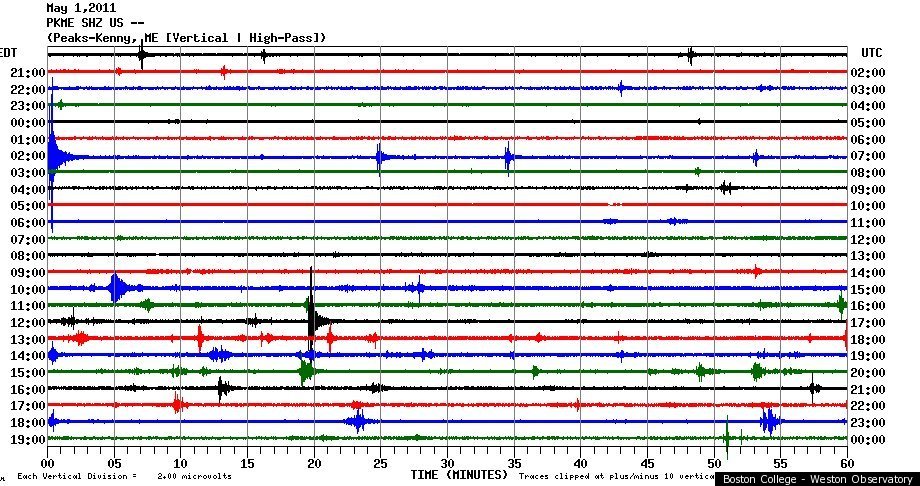 May 8 Seismograph (After Activity): 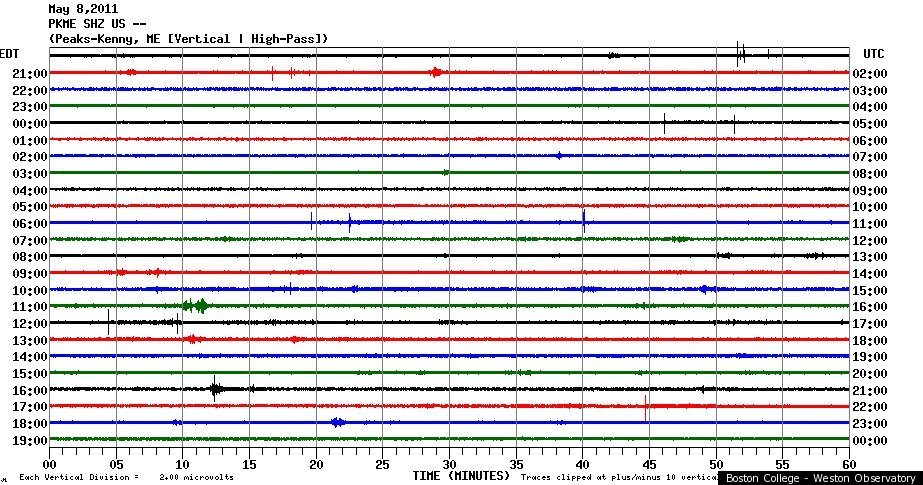