In their lifetimes, most Americans never see Maine, the sparsest populated state east of the Mississippi. Resting quietly, almost invisibly, far beyond the horizon of Boston's bustle, Maine's too northeastern to be the crossroads of commuters - unless you're heading to Nova Scotia - or Greenland. It boasts no major league sports team or metropolis of its own (it's largest, Portland, ranks only 29th amongst New England's most populous cities).

All that being said, when I want to get away, I go to Maine.

It's a peaceful place. Heck, just this year, it was ranked as the country's "most peaceful state" with the lowest violent crime rate.

So here's five reasons (in no order) why it deserves to be on every American traveler's "must" list.

While much of the shoreline is rocky, coastal Maine also offers some of the most untrampled sandy beaches with warm surf in New England. Ninety percent of Maine's beaches lie in the southernmost 30 miles. TripAdvisor ranked Ogunquit Beach's dunes and soft white sand in the Top 25 of the entire country.

From the town of Eastport, you can be the first in the U.S. to watch the sunrise in the country's easternmost point.

If in the Boothbay Harbor area, be sure to visit the Coastal Maine Botanical Gardens ~ among the best in New England. Portland, Maine's largest city, and New England's busiest port (surpassing Boston by tonnage) is complete with a cobblestone street historic district (The Old Port) featuring some of the state's best (and hippest!) restaurants, museums, shopping and cultural happenings. Portland's waterfront also boasts a bike path and ferry access to the many scenic islands in the harbor.

Exploring Maine's Atlantic edge, you'll understand why writers and artists from Stephen King to Winslow Homer to the Wyeths found their muse here. It's been the locale of choice for many film and TV shows including Pete's Dragon, In The Bedroom, Dark Shadows, Murder, She Wrote and the current, Once Upon A Time. Many may not realize the setting of E. B. White's Charlotte's Web was a Maine farm. One drive up the coastal roadways and you might just be the next inspired soul to craft a bestseller.

Ninety percent of (the aptly nicknamed) Pine Tree State is forested, and the forests are teeming with fascinating creatures. It's not uncommon for bald eagles to soar overhead, or the haunting echo of the northern loon to fill the air. Maine is home to a number of species rarely seen in the lower 48 including the snowy owl, the American marten, the grey wolf, and the Canada lynx. Maine also contains the largest concentration of moose outside of Alaska. Taking to the sea is the only way to experience the lone colony of nesting Atlantic puffins in our nation. Moose-watching, bird-watching, and whale-watching tours abound.

California has Big Sur, Maine has Acadia. The state's only National Park boasts some of the country's most magnificent natural splendor -- more than 35,000 acres of pristine wild along the downeast (far northeastern) coast.

Acadia is also home to the eclectic, unhurried towns of Bar Harbor, Seal Cove and Mount Desert Island -- which has well-known carriage paths, commissioned by John D. Rockefeller in 1915, provide more than 33 miles of easy, peaceful exploration by foot, bicycle and horseback -- free from cars and crowds.

There are getaways, and there are getaways. Less than one square mile in size, Monhegan is the quintessence of Maine: isolated, rugged, natural and enchanted. An outcropping of craftspeople and lobstermen twelve nautical miles off the coast, Monhegan is a hilly gem in the Atlantic with towering pines, majestic cliffs and a primitive, artistic village that time forgot. Accessible by ferry, visitors can walk the entire island on its unpaved trails (no automobiles are allowed).

More adventurous souls can explore Moosehead Lake (Maine's largest in the far north), but for me, Sebago, (Maine's 2nd largest, and its deepest) hits the spot. Quite simply, Sebago Lake is the best swimming to be had. Its crystalline waters are vast, refreshing and immensely drinkable. Even the lake's air is cleaner than any I've breathed. Just 20 miles northwest of Portland, Sebago is in the heart of Maine's Western Lakes and Mountain Region with many adorable towns worth investigating including Bridgton, Naples, Harrison and Gorham. The lake contains natural populations of land-locked salmon, smelt, trout and bass -- a fisherman's paradise.

And I haven't even hardly begun to mention the kayaking, the skiing, the vast thickets of wild blueberries, the locals, the four gorgeous seasons, the agricultural fairs, the fresh seafood, the lobster!

When entering Maine, motorists are greeted with a sign: "The way life should be." Indeed. 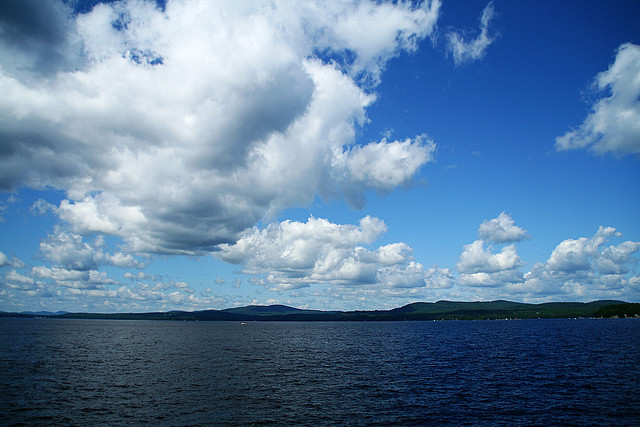 US Presidential Election 2020
Breaking news, analysis and the latest polls on the presidential race from HuffPost’s politics team
See More
Voting Made Easy
Register to vote and apply for an absentee ballot today
Register now
More:
kayakingstephen kingonce upon a timelobsterCharlotte's Web
Newsletter Sign Up
An essential daily guide to achieving the good life
Subscribe to our lifestyle email.
Successfully Subscribed!
Realness delivered to your inbox