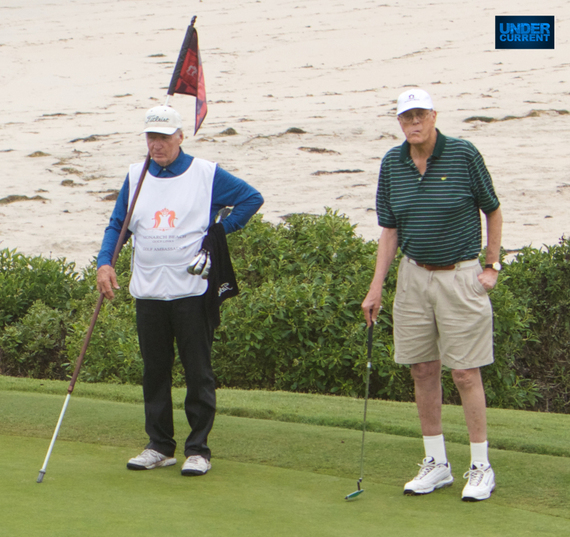 Nine news outlets, including Politico and the Washington Post, have been given access to the Koch brothers donor fest on the condition that they not report on the identities of donors without their permission.

The problem is that the ground rules could restrict journalists from reporting what's right in front of their eyes. If, say, Rupert Murdoch, or even a lesser-known billionaire, walked by, they couldn't report the person's attendance without permission. So it's possible journalists end up reporting largely what the event sponsors want, such as fiery speeches and candidate remarks criticizing Democrats, but less on the power brokers attending who play key behind-the-scenes roles in the 2016 election.

Calderone is on-the-money, but there is a further, perhaps bigger danger. The presence of major media companies at the retreat lends the Koch operation the appearance of transparency, essentially white-washing activities that are corrosive to American democracy.

The Undercurrent has been on-the-ground in Dana Point covering the retreat, and was not granted any special access. In fact, this reporter was stalked by the Koch security team and manhandled by top Koch operative Kevin Gentry. (More on that debacle to come.) Additionally, one of Undercurrent's photographers was threatened by a guest who did not like having his picture taken. This man got out of his car and shouted angrily, "You don't know who you're f*cking with!"

To his point, no, we don't, and we need your help. The Undercurrent and its sponsor, American Family Voices, are committed to doing what the mainstream media won't: exposing Koch donors. If you know the identity of the aforementioned man below, please let us know in the comments section, and stay tuned for more -- we have well over 1,000 pictures to mine, so it will take some time to identify everyone. Subscribe to The Undercurrent on YouTube for more independent, on-the-ground political reporting from Lauren Windsor.

The nine news organizations and their journalists in attendance are: 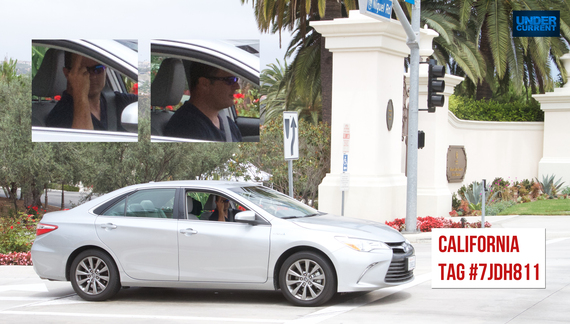