I met my son in a stuffy government building in China. I remember everything about the day I met him.

The creak of the elevator as we traveled to the second floor.

The smog that managed to sneak through the window that stung my eyes.

The feeling of my heart thumping in my chest.

The worn blue plaid upholstery of the couch where I sat with him for the first time.

The defiant look on his pudgy, 2-year-old face as he swiped my hands away, flinging my offerings of lollipops and little toy cars onto the worn linoleum.

The world changed that day for both of us.

He was now part of a forever family and I had just had my last peaceful night's sleep. That first thing is way more important, people. I have since learned sleep is for sissies.

He came to us with the clothes on his back and little else: plaid flannel pants and a heavy sweatshirt, which made no sense to me on that hot August day. Brand new blue sneakers.

And a plastic grocery bag.

That bag contained a photo album, two undeveloped disposable cameras and three dog-eared stuffed toys. The photo album contained pictures of our family that we'd sent via our adoption agency when we first knew we'd be adopting Zack. It was dirty and the photos were bent. The stuffed toys had been carefully selected by me and sent in the package with the photo album. It made me happy to see that they appeared battered and well-used.

I had tossed the cameras in the box as an afterthought. I'd been told by another adoptive family that if I sent a camera, that the foster family might take pictures. My heart skipped a beat when I saw that the cameras had been returned to me. Maybe I would get a glimpse into the life he had before we showed up.

We signed the adoption paperwork in that dusty room with the blue plaid couch. We left with the representative from our adoption agency. Zack was still crying in protest, not wanting much to do with the strange lady he'd just been handed off to. He was embarking on a new life. So was I.

The remnants of his old life were in the plastic grocery bag.

His tangible possessions consisted of the contents of a bag full of things I had sent from half a world away while we were waiting for our adoption paperwork to process.

Today, my son's life is full of laughter. He takes great pleasure in life's small wonders: the juicy squishiness of fresh peaches and the thrill of a new pack of Nerf darts. My life is full of loud noises and stickiness.

Today, Zack's toys and assorted kid paraphernalia would fill many, many plastic grocery bags. That is, they would if they weren't strewn all over the floor of the playroom he shares with his brother. Although I remember that day in the room with the blue plaid couch with great clarity, he does not.

Zack has been part of our family longer than he has not been part of our family. He has a rudimentary knowledge that he came from China and that his father and I flew on a big airplane to bring him home. He knows he was born in the Year of the Tiger. We are giving him pieces of his birth story as he asks questions, questions that are simple for now. I know that won't always be the case.

Although most would argue that Zack won the day we carried him out of that government building with his belongings in a plastic bag, I'm not as quick to jump to the "so lucky" conclusion.

On that day, he lost his country and his culture. He'd already lost his birth family when he was four months old, for reasons that we're not entirely clear on. He's got a limb difference, a hand malformation that landed him on the special needs adoption list. We always assumed that was the reasoning behind his abandonment as an otherwise healthy child but we will never be entirely sure.

When we adopted him, we had the best intentions to infuse our daily life with all the Chinese things. I would become an expert at making authentic Chinese meals. We would seek out opportunities to learn about Chinese culture and do fun stuff like celebrate Lunar New Year and the Dragon Boat Festival. We would deliberately foster relationships with Chinese people so that he could build relationships with people who looked like him...people who could maybe even help revive his Mandarin. 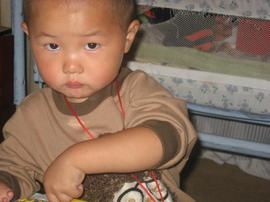 Zack has been with us for nearly three years. Although I know how to make two authentic-ish Chinese dishes, it's probably been close to two years since I've done so. I do make a mean packet of Ramen, though. Our lessons in Chinese culture are limited to the occasional watching of Ni Hao Kai Lan. I completely forgot Chinese New Year this year and I do not know a single Chinese person. It's not like I can walk up to someone who maybe might kinda have Asian features in the grocery store and say "let's be besties."

My feelings about my son's past are complicated. In many ways, it seems like his life began the day we met in that hot, stuffy room in China but there is a culture that isn't mine and people that I'll never know in the mix.

Somewhere out there is a woman who carried my child in her body and went through the pain of childbirth. Somewhere out there are people who know what my child's first words were and how old he was when he took his first steps. I have no reasonable hope of ever finding these people.

Zack's past is a mystery. I don't even know his real birthday.

My struggle to embrace a heritage and cultural ties that really mean little to me but should mean something to him leaves me feeling like a failure. Many times, I've vowed to do better at infusing his birth culture into our daily lives and I find myself constantly falling short.

As we travel further down this path that adoption has put us on, the issue of birth culture becomes one more thing that our family has to deal with. We are feeling our way and trying to figure out what is right and how to balance. As with most things in motherhood, I find myself feeling like I'm fumbling a little. Okay...maybe a lot.

And the contents of that bag and the clothes my son was wearing when he came to me? They're not much but I've put them away in a box. Those disposable cameras contained pictures of his foster family and his hometown that offer glimpses into a world that we will never know. I don't have a lock of hair from his first hair cut or much of a baby book, but those little pieces of the past that I'm privileged to have mean something to me. Maybe someday they will mean something to him.

As I sit here in my comfortable home trolling Pinterest for fun crafts to do for Chinese New Year and vowing to add the ingredients for my authentic-ish Chinese pork dish to my shopping list, I find myself wondering what Zack's birth mother would think if she were granted just a small peek in to the window of our lives. I wonder if she would be upset that I completely blew off ringing in the Year of the Ram or shocked that I have absolutely no idea when the Moon Festival is.